Keith Jehlen is sick from the Uvalde massacre in Texas. 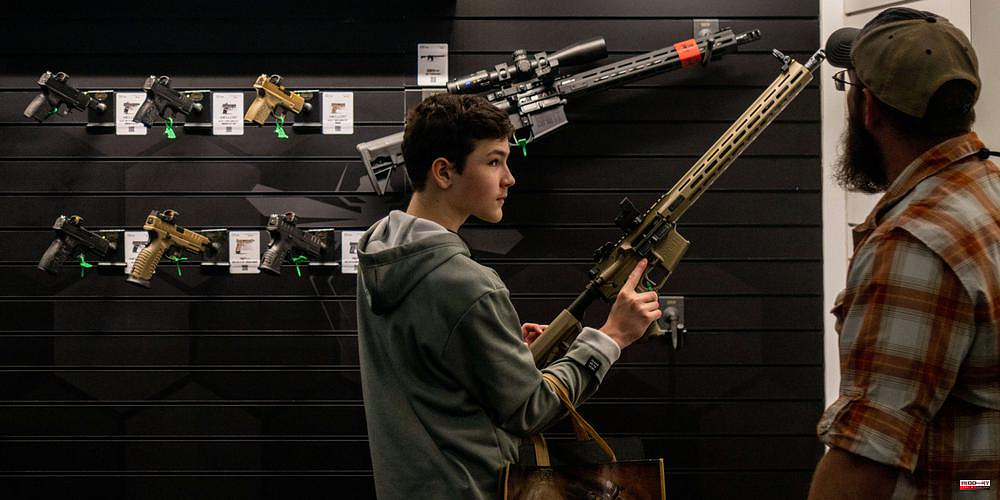 Keith Jehlen is sick from the Uvalde massacre in Texas. But, he said that he can "not blame the gun" for the shooting of the 21 victims. The retiree was speaking at the National Rifle Association's annual convention on Friday (NAR).

The 68-year old, who was a post office worker and has more than 50 guns, adds that "we've always had firearms in this country."

Houston is the location of the NRA High Mass. It is just a short drive from Uvalde Elementary school, where an 18 year-old teenager murdered 19 children and two teachers Tuesday.

Mr. Jehlen was there to hear former Republican President Donald Trump list the names of victims, before criticizing the "repugnant Democrats" accused of demonizing "peaceful members of the NRA who possess guns and respect the law."

Keith Jehlen winces at the mention of the murder. According to the man wearing a Trump cap and shorts with camouflage print, guns are not the problem. He argues that this tragedy could have been avoided if the school's adults had been armed.

Keith Jehlen says that killers don't fear police officers, but they fear the judge. They should fear the victims they pursue."

The NRA convention runs through Sunday at a sprawling conference centre, where protesters are demanding stricter gun laws. Beto O'Rourke (Democratic candidate for Texas governor), who frequently attacks his opponents for failing to regulate gun access in the country, is also present.

The stands contain hundreds of firearms, which were rendered harmless by the removal a part called a firing pin. They range from small pistols to semi-automatic rifles like the AR-15 used by Uvalde shooter as well as in many shootings in the United States.

Along with weapon accessories such as 60-round magazines and wide-field scopes, military and hunting gear is also available.

Rick Gammon, a retired police officer, says that any attempt to take Americans guns away from them is doomed. "You won't take their guns away. While examining the black semi-automatic rifles that he could put in his car or home, the 51-year old says "This is not Australia." Australia banned semiautomatic weapons in 1996 after a mass shooting. There were a few exceptions.

While shootings are a more common scourge in America, but where the Constitution guarantees the right to bear a firearm, the United States has not been able to regulate firearm access. Rick Gammon says he would love to see a comprehensive background check, something that many associations have demanded for years. But that will not stop someone who is determined to commit a criminal act."

The NRA convention is more than just a gathering for gun enthusiasts. It's also a place where gun lovers can get "the feel" for the guns they're considering buying.

Lisy V, 31, tells an arm manufacturer representative that she likes it, while carrying a 9mm pistol. The ex-serviceman continues to search for a concealed gun that she can conceal under her skirt. She said, "I believe there should be improved weapons education." "But young people can still join the army at 18 and should be able to purchase guns.

Jim Maynard is a pro-gun activist who admits to the "high uncertainty" that exists in the United States right now and that many are mourning. However, he believes that the NRA assembly's continuation was a wise decision. He stated that "demonizing a tool does not solve the problem we are facing."

People who blame guns for the rise in violence in the United States may be blaming it on guns, but that is a fad. They should instead focus their efforts on mental health assistance programs. "Protest outside is not helping prevent the next massacre."

1 Festival in Gironde: The great return to jazz with... 2 «Lanzarote ESD» advances positively the European... 3 Videos. ABBA in holograms for those who were there... 4 Mimizan: The town's triathlon will feature disabled... 5 South-Gironde: A body sought after discovering a car... 6 Spain plans to reinforce the German air contingent... 7 They rescue 46 live turtles and crabs that a passenger... 8 Meat Carnival 2022 in Valencia: program of events,... 9 United States: President Biden withdraws from the... 10 López and Doreste lead the Spanish Catamaran Cup 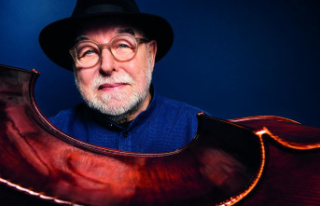 Festival in Gironde: The great return to jazz with...