Four weeks after the congressional elections in Georgia, a last vacant seat in the US Senate will be awarded, the importance of which extends far beyond the state. 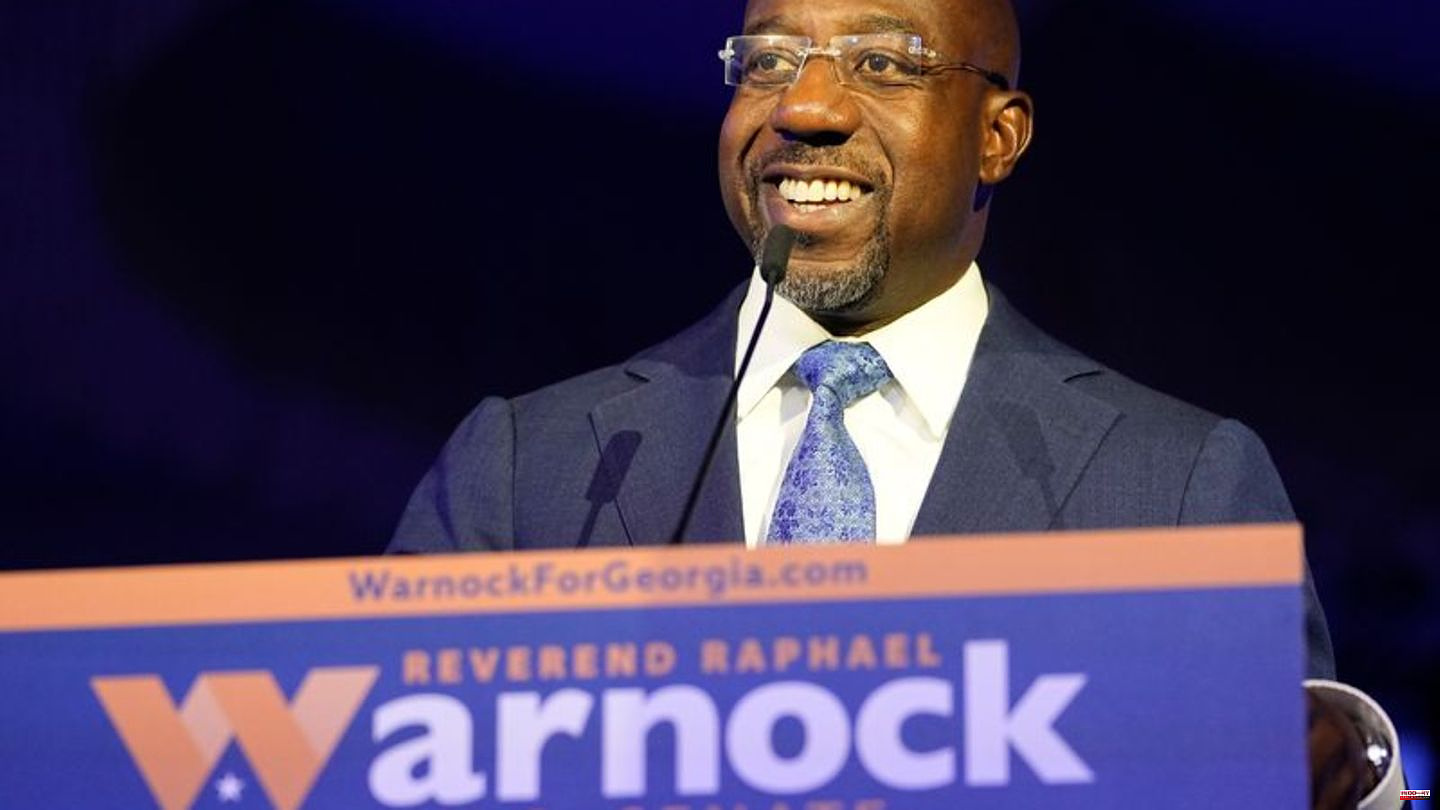 Four weeks after the congressional elections in Georgia, a last vacant seat in the US Senate will be awarded, the importance of which extends far beyond the state. In a runoff election today, Democratic Senator Raphael Warnock and his Republican challenger Herschel Walker are once again up against each other.

While the race won't decide a majority in the Senate, it's still important for US President Joe Biden - because it could weaken an influential obstructor in his party's ranks. Ex-President Donald Trump is hoping that his protége Walker will win and avoid another defeat.

Neither of the two Senate candidates in Georgia got more than 50 percent of the vote in the first attempt in the congressional election in early November. According to the electoral law of the state, a runoff election is therefore necessary. According to German time, the polling stations in Georgia do not close until Wednesday night, and the results are expected on the same day.

It's about the balance of power in the Senate

During the so-called midterms in November, the Democrats had already secured 50 of the 100 seats in the Senate and thus once again control of the important chamber of congresses. Because the Democratic US Vice President Kamala Harris, who is also President of the Senate, can vote in a stalemate - and thus tip the scales. Should Walker win the Republican mandate in Georgia, the balance of power in the Senate of 50 to 50 votes, which has existed for two years, would remain in place.

However, the first half of Biden's tenure has highlighted just how important a 51st Senate seat could be for Democrats. Because with a wafer-thin majority, it is sometimes very difficult to govern: Two party colleagues of all people made life difficult for Biden in the Senate again and again and blocked several of his projects - including a huge investment program for climate and social affairs, which Biden had aimed for as a legacy of his presidency and in the end could only be partially implemented.

Joe Manchin in particular kept getting in the way. With his special power and negotiating position, the senator from West Virginia repeatedly snubbed his own party. Should the Democrats win the 51st seat, Biden's Democrats would have a more comfortable majority in the Congress Chamber - and at least Manchin alone could no longer slow him down.

The election campaign in Georgia drew a lot of attention, with well-known politicians from both parties getting involved because of its outstanding importance for the power structure in the Senate. Against the 53-year-old incumbent Warnock, a black pastor, the Republicans sent the black ex-football star Walker into the race.

The 60-year-old received support from ex-President Trump during the election campaign, but came under pressure from allegations by two women who accused Walker of pressuring them into abortions after having affairs with him. This is also piquant because Walker came out as a strict anti-abortion opponent. He denies the allegations.

According to media reports, 1.8 million people in the state in the southeastern United States cast their votes early. Since Republican sympathizers are often more skeptical about absentee ballots, these votes are more likely to go to Democrat Warnock. He, in turn, fears that some fickle supporters could stay at home on election day because they consider the election already decided.

"I'm concerned that we're going to see this massive early voter turnout and some will decide we don't need their vote anymore," Warnock said on local television yesterday.

US President Biden did not appear in Georgia during the election campaign before the run-off election - with his low popularity ratings, an appearance by his party friend would probably have been political ballast for Warnock. Instead, popular ex-President Barack Obama came to Georgia, which has a higher proportion of black voters than many other states.

Republican Walker received support from his sponsor Trump shortly before the election. "Herschel was a great athlete and he will be an even greater United States Senator," Trump wrote on Truth Social, a platform he co-founded. However, Trump also refrained from a joint campaign appearance before the runoff - and instead advertised for Walker last night (local time) at a digital tele rally.

Trump announced three weeks ago that he intends to run again as the Republican presidential candidate in 2024. Shortly before that, candidates he had promoted had performed surprisingly poorly in the midterm elections in November. This included Walker, who fell well short of expectations and had to let Warnock pass him by a narrow margin. A final defeat of the former athlete would also be a bitter defeat for Trump.

In general, the Democrats performed unexpectedly well in the congressional elections. They lost their majority in the House of Representatives, but narrower than widely expected. It is also unclear whether all Republicans in the Congress Chamber will vote for Kevin McCarthy to be the House Speaker in January. He is the Republican nominee for office.

1 Crime: Many questions about a deadly attack on the... 2 Accidents: "Debris field" on the A5: Truck... 3 Justice: Constitutional Court rules on EU Corona Fund 4 Survey: One in ten people had not heated their home... 5 Communist Party: China bids farewell to Jiang Zemin... 6 Southeast Asia: Indonesia bans extramarital sex 7 Cologne Regional Court: Process in the Wermelskirchen... 8 Award: Arable land is land of the year 2023 9 Justice: 124 crimes in 14 years: the start of the... 10 US Justice: Shot on Lady Gaga's dog sitter: 21... 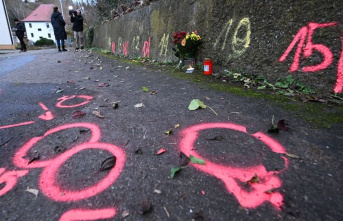 Crime: Many questions about a deadly attack on the...