The United States has issued its first passport with an "X" gender selection option for those who identify as nonbinary, intersex and gender-nonconforming. 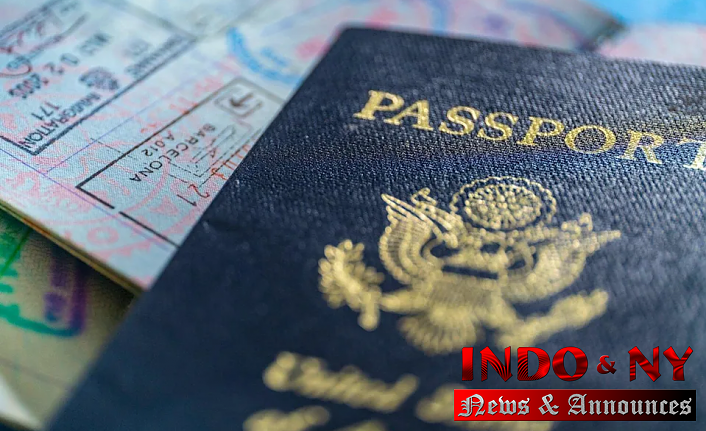 The department announced Wednesday that one person unidentified was issued a passport with the "X" marking. This option will be available widely in the early 2022.

A department press release stated that "The Department also continues its collaboration with other U.S. agencies to ensure smooth travel experiences for all passport holders, regardless their gender identity."

She said, "When a person gets identity documents that reflect their true identities, they can live with greater dignity, respect, and joy."

The Department of State announced earlier this year that applicants for American passports who identify as intersex, nonbinary or gender-nonconforming will soon be able select a third option.

Anthony Blinken, Secretary of State, stated in a June news release that officials were looking into adding a third gender option to passports as a way of taking "further measures toward ensuring the equal treatment of LGBTQI+ U.S citizens, regardless their gender or sexual orientation."

He stated that the Department had begun to add a gender marker for people applying for passports or CRBAs who are non-binary, intersex and gender nonconforming. We are currently evaluating the best way to reach this goal.

Americans used to have two options when applying for passports: "M" or "F." But applicants will now be able to choose their gender, even if it is not listed on their state ID or birth certificate. Americans won't need to present medical documentation to change their gender marker.

In countries like Argentina, New Zealand and Denmark, passports that allow for a third option of gender have been introduced.

In his statement, Blinken stated that the Department was taking the steps in accordance with the Administration's promise to re-engage allies and partners. This was after extensive consultation with like-minded government who have made similar changes. "With this action I am expressing our ongoing commitment to the LGBTQI+ communities today and moving forward."