An analysis by the U. 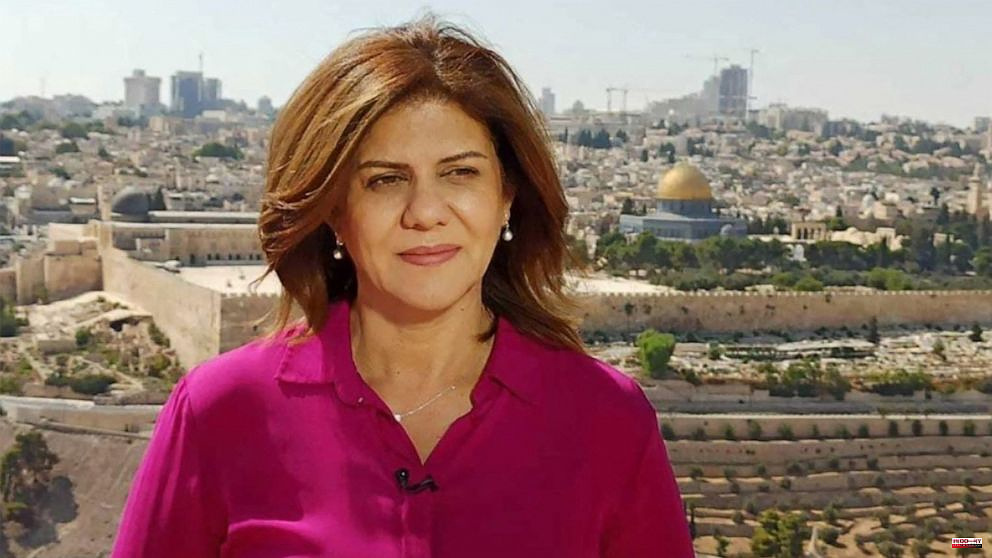 An analysis by the U.S. of Israeli and Palestinian investigations found that Shireen Abu Akleh, a Palestinian journalist, was likely killed in gunfire from Israeli positions in May. However, there was no reason to believe her shooting was deliberate, according to Monday's statement by the State Department.

A ballistics test by Israel of the actual bullet that killed her was not conclusive due to too much damage to it that had been provided to U.S. security officers who were monitoring the new test, according to a U.S. statement.

This finding was made after the U.S. claimed that inconclusive testing by independent ballistics specialists under U.S. supervision of the bullet fragment taken from Abu Akleh's corps had been conducted.

"Ballistic experts concluded that the bullet had been badly damaged, which prevented us from drawing a clear conclusion," stated Ned Price, spokesperson for the State Department.

Abu Akleh was a well-known correspondent of Al Jazeera. She was killed in a firefight between Israeli troops, Palestinians, and Jenin on May 11. The controversy surrounding her death stems from the fact that Palestinians claim she was killed by Israeli gunfire, while Israeli forces insist this was not true.

The U.S. Security Coordinator's Office in Israel, which monitors Israeli security arrangements, determined that the shot that killed her was most likely from Israeli positions. However, it seemed to have been accidental.

Price stated that the USSC had gathered both investigations and concluded that gunfire from IDF positions was most likely to have caused the death Shireen Abu Akleh.

His statement said that the USSC had no reason to believe this was intentional, but rather tragic circumstances during an IDF led military operation against Palestinian Islamic Jihad factions on May 11, 2022 in Jenin. This occurred following a series terrorist attacks in Israel.

The United Nations High Commissioner For Human Rights reported in June that Israel was also responsible for the shooting.

It stated in a statement that all information gathered, including information from the Israeli military as well as the Palestinian Attorney General, is consistent with the conclusion that the shots that killed Abu Akleh (and injured Ali Sammoudi) came from Israeli Security Forces, and not from indiscriminate firing from armed Palestinians.

It stated that it had not found any evidence suggesting that there were armed Palestinians within the immediate vicinity of journalists.

The Palestinian Authority handed the bullets to the U.S. Security coordinator for ballistic testing. They believed that this would prove that Abu Akleh had been killed by Israeli soldiers.

The U.S. agreed to monitor an Israeli ballistics test that was conducted by forensics teams. However, the State Department and Israeli Defense Forces claimed today that it was not conclusive due to damage to the bullet.

The bullet's physical condition and its characteristics do not allow for a ballistic inspection to determine whether the bullet was fired from the weapon that was examined." A statement by the Israeli Defense Forces stated that they would use all available means to investigate Abu Akleh’s shooting.

Her family responded with a furious response to the U.S. government finding.

"With regard to today's State Department announcement -- no less than July 4 -- that a test of Shireen Abu Akleh's spent round, which killed her, was inconclusive regarding the origin of the gun that fired the shot, we are incredulous," her loved ones stated.

Their statement stated that the Israeli side tried to focus the attention on the bullet and it was an attempt to make the story more favorable.

The statement continued that "all evidence suggests that a U.S. Citizen was the subject to an extrajudicial killing by foreign governments that receive billions of dollars each year in American military aid to sustain a long-term and deeply rooted military occupation of millions Palestinians." We hoped that the FBI and other relevant authorities would open an investigation into murder, similar to what they do when Americans are killed overseas.

Abu Akleh's family concluded their statement by saying that they continue to demand of the American government an open, transparent, and thorough investigation into all facts by independent agencies, free from political consideration or influence.

This report was contributed by Shannon Crawford of ABC News and Christine Theodorou.

1 Mexican bishops will place photos of deceased priests... 2 Voting begins in Papua New Guinea's general elections 3 Dior riffs on Ukraine art and folklore with Paris... 4 1972 Napalm Girl escorts Ukraine refugees from Ukraine... 5 One survivor from the migrant caravan: "They... 6 Canada: China bans diplomats from Canadian Tycoon... 7 President of Chile receives draft constitution 8 Ex-civil servants claim that New Johnson scandal is... 9 Leaders of Rwanda and Congo to meet in Angola amid... 10 After an avalanche, drone search resumes on the Italian... 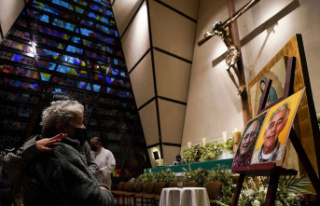