You are in the spotlight. 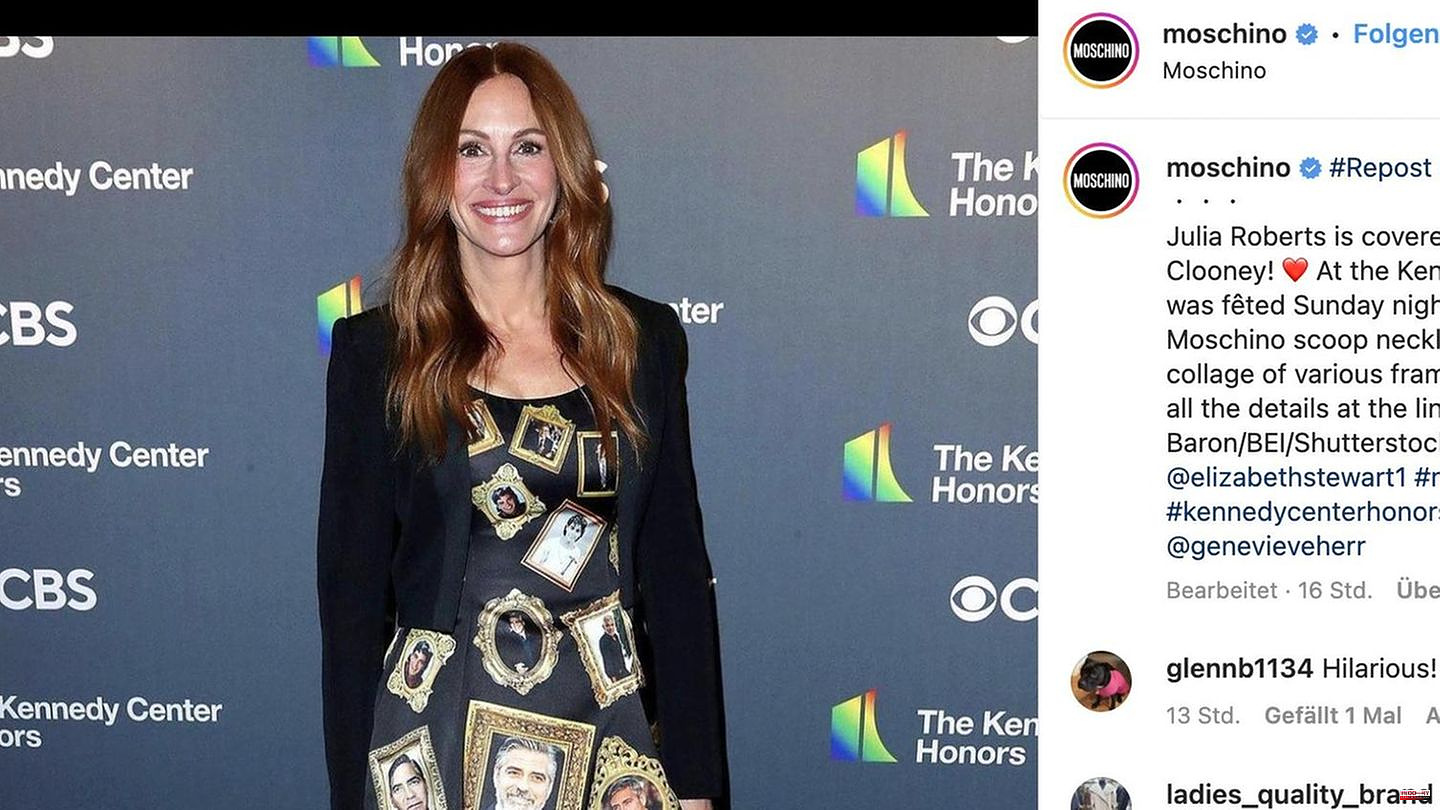 She wore the outfit to the Kennedy Prize ceremony. Each year, the John F. Kennedy Center honors artists for their lifetime achievement. This year George Clooney.

"As a little boy growing up in Kentucky, I could never have imagined sitting on the gallery of the Kennedy Center," the "Deutsche Welle" quotes the actor as saying. As a young boy, he probably couldn't have imagined that someone would wear an outfit with his face on the red carpet.

The dress was designed by Moschino creative director Jeremy Scott. Elizabeth Stewart staged Julia Roberts for the evening. The celebrity stylist took to Instagram to thank the designer for the perfect "George dress." She also shares a short video in which she prepares the dress wrinkle-free for the big entrance and greets the many photo Georges on the fabric from several decades with a "Hi".

The magazine "Vulture" draws consequences for Clooney from the outfit. It is clear what that means now: Clooney now has to attend the Oscars in a suit with a Julia Roberts print.

Julia Roberts celebrated her 55th birthday at the end of October. After her birth in 1967, Martin Luther King apparently played a role, according to an interview with the actress. Read more about this here.

1 This is known about the case: killing of a 14-year-old... 2 In Munich: "Behind the crash barrier": climate... 3 After Bierhoff-Aus: Matthias Sammer can apparently... 4 VfL Bochum: These are the transfer plans for the winter 5 "The Flash": Superhero film starts earlier... 6 Margot Robbie's Pirates Of The Caribbean Offshoot... 7 Cum-Ex process: Prosecution calls for nine years in... 8 Ifo survey: economists for higher taxes on very high... 9 Sick healthcare: "The hospitals have serious... 10 US actress: Julia Roberts wears a dress with photos... 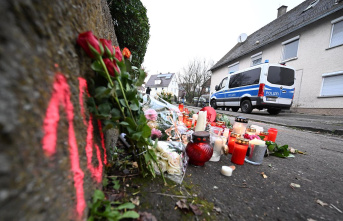 This is known about the case: killing of a 14-year-old...