Iñigo Urkullu has chosen Corsica, a French island with an important nationalist movement, to resume his foreign agenda after a two-year hiatus due to the pandemic. 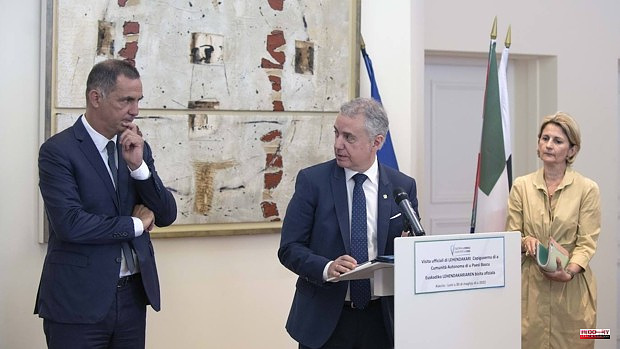 Iñigo Urkullu has chosen Corsica, a French island with an important nationalist movement, to resume his foreign agenda after a two-year hiatus due to the pandemic. It has also been the stage in which the Lendakari wanted to resume the demand for the 'new status' for the Basque Country, which has been kept in a drawer for years.

He has done so in a long speech before the Corsican Parliament where he has claimed the need to recognize "the plurinationality" of Spain and the "national realities" of Catalonia and the Basque Country. In his opinion, the solution to the "crisis of the State model" lies in "properly reading" this new time. "The existence of differentiated majority social wills in Catalonia, Euskadi and Spain is evident," he warned, and for this reason he considers that the central government should "assume its own diversity and plurality and propose a new model of State."

For the Lendakari, this new model should recognize "the singularity of the Basque nation" and assume the "legitimizing element of historical rights", which, in his opinion, involves establishing a new bilateral relationship that he has described as a "Political Concert ». He has explained that it would mean the establishment of "an effective system of guarantees for compliance with the agreement", in the style of the Economic Agreement. In practice, it would imply the adoption of a "quasiconfederal" relationship between the State and Euskadi.

With these words Urkullu surprised by taking up the debate on the 'new status' more than 1,000 kilometers from the Basque Country. It is a claim that was born in 2018 after an agreement with EH Bildu to reform the Statute of Autonomy and that it included the right to decide. However, in the last two legislatures, the Basque Executive has not yet found the right moment to take up the proposal.

Faced with the surprise caused by the Lendakari's words, the president of the PNV, Andoni Ortuzar, assured in an interview with Radio Euskadi that the 'new status' proposal is still "on the table" and that it has never been "buried in a drawer". It was born, in fact, as one of the main political measures of the nationalist program for the legislature, but the commission of experts that worked on it in Parliament ended up lowering the nationalist pretensions in order to obtain the support of the PSE and Podemos.

However, there has been little progress after Parliament's report four years ago. Although it is true that the nationalists have threatened to rescue the proposal on more than one occasion during the negotiation of the transfers, the Basque Executive, which governs thanks to socialist support, does not see the time to address the most nationalist proposal of its Program.

What's more, the leader of the Basque Socialists, Eneko Andueza, launched a warning to navigators this weekend. In an interview he warned that the sovereign path should "continue parked" if the PNV intended to continue governing with socialist support. In the pre-campaign atmosphere that has already settled in Basque politics, and when there is barely a year left for the municipal and regional elections, a government crisis that would blow up a legislative pact that allows the PNV and the PSE to govern in coalition in all the important institutions of the Basque Country.

1 Ukraine war. Agriculture: Opening of aid applications... 2 Justice: Patrick Balkany's release was suspended... 3 The Boccherini Festival brings music to emblematic... 4 United Kingdom: Less than 25% of women are promoted... 5 Charles Caudrelier trains for the Route du Rhum solo 6 They present another lawsuit against Rubiales and... 7 Robert Lewandowski says that football is over. 8 ISERE. 15 college students in L'Isle-d'Abeau... 9 Bergerac: On a stolen scooter, the thief tries to... 10 Vianne: The attics were emptied in the sun 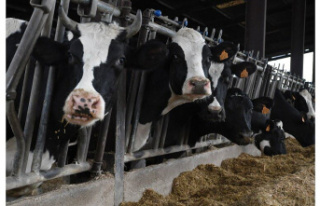