The Lehendakari, Iñigo Urkullu, denounced this Friday "the spurious use of the reality of Euskadi" to "discredit" its institutions. 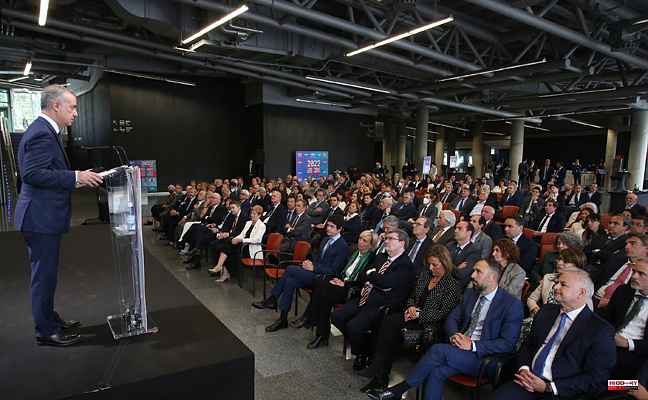 The Lehendakari, Iñigo Urkullu, denounced this Friday "the spurious use of the reality of Euskadi" to "discredit" its institutions. Specifically, he refers to the criticism of the Zedarriak report, which pointed to a "loss of leadership" of the Basque Autonomous Community and advocated "a rebirth to conquer the future." The entity meets today with Urkullu from 12 noon, but the jeltzale has referred to the issue just before the start of the full control of the Basque Parliament

«It is evident the use that is being made by political groups in parliamentary interventions, mentioning precisely the Zedarriak forum, as well as through opinion articles or editorials in the media, trying to discredit the institutions. When talking about Euskadi, there is a risk of falling into the permanent temptation that is to speak only of the institutions, and particularly of an institution », he added in reference to the Executive.

Responding to questions from journalists, the Lehendakari pointed out that this meeting was held at the request of Zedarriak, a Basque society and business forum for promoting and transforming the Basque Country, once the report that was made public was known. Likewise, he has assured that he will attend to the representatives of this group "with great interest", as he has done on other occasions in many meetings he has held with members of this group "in a climate of absolute normality, attending to what their worries." "It is verifiable with the programs that, in its field, the Basque Government has also been developing," he pointed out.

At the meeting, Zedarriak's opinions will be contrasted with the work that the Basque Executive, "with a global vision of Basque society", develops, and with its governance systems "based on indicators that are evaluable, with absolute normality". Urkullu has also specified that his will is for "normalization", although he believes that there has been "nothing abnormal in the document, except its spurious use in relation to what is the reality of Euskadi." In addition, his claim is that of 'Auzolana', working towards a common good among all.

After assuring that he will not assess the content, methodology or diagnosis of Zedarriak's report, the maximum Basque leader has alluded to the title of the document, which cites the word "renaissance", to recall that his Government since 2020 has a program called 'Berpiztu (renaissance)'. “But I am not going to go publicly into the content of the report. Better that they also interpret our indicator systems for the plans that we have been developing », he remarked, to point out that this forum has not delivered the document to him.

1 Norway: at least three injured, including one seriously,... 2 DIRECT. Kylian Mbappé: towards Real Madrid... His... 3 Carmen Calvo speaks of "great embarrassment"... 4 Congress of the PP in Madrid, live | Ayuso will appear... 5 Smart submits Miami: the Celtics even the series 6 iPhone 13: on sale at the best price before the sales 7 Rufián (ERC) on the return of the King Emeritus:... 8 War in Ukraine: Donbass "completely destroyed",... 9 Social Security notice to retirees and pensioners... 10 RSA: a minimum of activity demanded by Macron in return!... 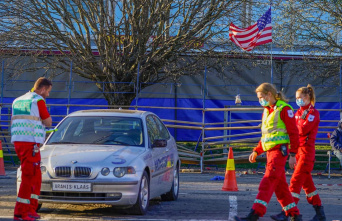 Norway: at least three injured, including one seriously,...