"Haggling is the exercise he likes the most. 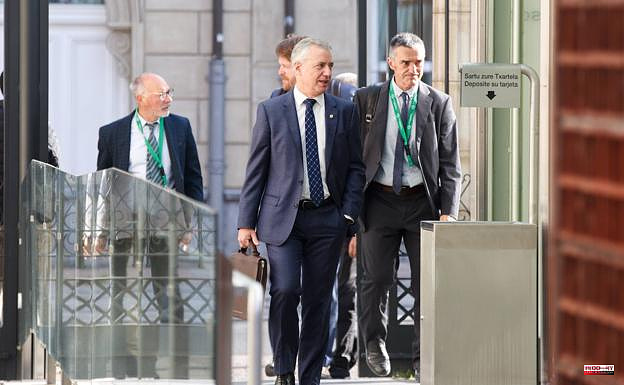 "Haggling is the exercise he likes the most." Playing with the double meaning of the word, between horsemanship and sailing competition, Iñigo Urkullu has been forceful like few times with the king emeritus before his return to Spain tonight after almost two years of voluntary exile in Abu Dhabi. The Lehendakari has denounced that Don Juan Carlos continues to "protect himself in his inviolability" as the former head of state to "haggle with Justice", in reference to the closure of the judicial investigations for that constitutional protection, in addition to the prescription of the acts.

The father of Felipe VI is scheduled for this week his first visit to Spain since he decided to settle in the United Arab Emirates in August 2020. After confirming months ago that he ruled out returning indefinitely and that he would only visit family and friends, the king emeritus will take advantage of some sailing regattas that are being held this weekend in Sanxenxo (Pontevedra) to set foot on Spanish soil again. The forecast is that he will arrive this Thursday night in the Galician town and that on Monday he will meet in La Zarzuela with the current king before leaving again for Abu Dhabi.

Before the imminent appearance, Urkullu considers that first of all Juan Carlos I must give "explanations" about the facts that have been investigated. "I think that society, for the most part, is aware of what has happened," put forward the Lehendakari, who believes "it is absolutely necessary to account" for what has happened to the entire population. The head of the regional Executive has requested the King Emeritus "an exercise in transparency and honesty", but not only from society, but also from the Royal House.

In addition, the Lehendakari has taken advantage of the occasion to insist on a proposal that he has launched on numerous occasions: a "republicanization of the Monarchy" so that the Head of State adapts to higher democratic standards. Specifically, Urkullu considers it a priority that "no one can enjoy inviolability" such as the one that the Constitution includes for the king. “If we are all really equal before the law, we should all practice transparency and honesty”, he concluded.

1 Ada Colau will opt for a third and "last"... 2 1,730 Ukrainian servicemen from Azovstal have surrendered... 3 Seven out of ten women want access to the pill without... 4 Why does silence bother us so much? 5 [PHOTOS] Montreal: a vehicle ravaged by arson in Rosemont 6 Is the Lloviu filovirus a threat to global health? 7 Let's get rid of this archaic function 8 This strange monarchical bond imposed 9 A mishap 10 Legal assistance reserved for people with cancer and... 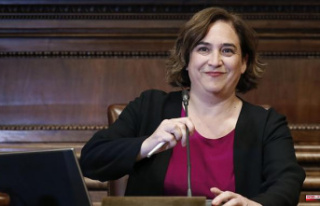 Ada Colau will opt for a third and "last"...