The crime of Fernando Iglesias Espiño, the parricide who was serving prison after murdering his partner and children more than two decades ago, and whose body was found buried in a chicken farm in Orense, sees the outcome after the two main defendants have been sentenced four years after the tragic event. 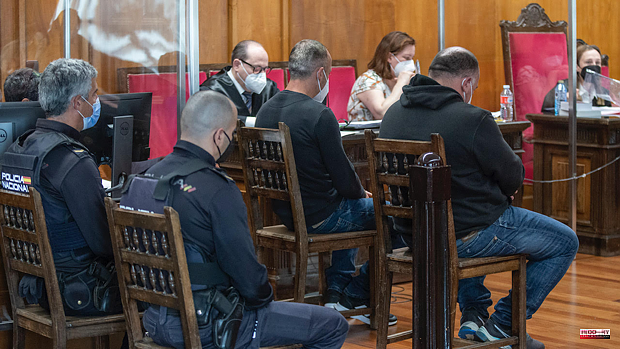 The crime of Fernando Iglesias Espiño, the parricide who was serving prison after murdering his partner and children more than two decades ago, and whose body was found buried in a chicken farm in Orense, sees the outcome after the two main defendants have been sentenced four years after the tragic event.

Now the Provincial Court of Orense, taking advantage of the verdict issued by a popular court, has sentenced the two men, Francisco Javer G.H. and Óscar G., sentenced to 20 and 21 years in prison as perpetrators of one crime of murder and another of fraud.

Iglesias Espiño, who had said goodbye to his fellow prisoners on August 10, 2018, in the Pereiro de Aguiar prison (Orense), little could he imagine that he would never return from that permit.

As he had done on previous occasions, he went that weekend to the Maside farm, where his friends and fellow prisoners, Francisco G. H., and Óscar G. L., were.

In prison for the triple murder of his wife and two children in Las Palmas de Gran Canaria, Espiño's rhythm of life had normalized, to the point that he had never had any incident in prison and enjoyed the third degree, fulfilling all prison permits rigorously. Until then, he had enjoyed eighty permits since he was released for the first time in 2007. In fact, several witnesses who testified at the trial held in Orense agreed that Espiño had begun to restructure his life.

With a violent past behind him, when he disappeared in the penitentiary, the escape did not add up, especially when he barely had three years left to serve his sentence and get out. Even so, all alarms were activated at the state level in the face of a hypothetical escape from a dangerous criminal.

Then, the steps led the Civil Guard agents to arrest two suspects for their alleged involvement in the disappearance of the triple murderer, both fellow prisoners with whom they shared prison years ago and became friends.

Espiño's body appeared four months after his disappearance buried on a farm belonging to the family of one of the defendants under dozens of dead chickens and with signs of violence, specifically "four forceful blows", which would have caused his death.

In the sentence, which is appealable before the TSJG (Higher Court of Justice of Galicia), the rapporteur magistrate indicates that the victim left on August 11, 2018 to enjoy a prison permit and went, as usual, to an exploitation farm where the two defendants were, who, following the plan they had agreed upon, beat her "with a blunt object on the head until she died." Later, they moved the body of the deceased to a farm owned by the family of one of the convicted, where they hid the body.

The jury considers it proven that the two killed the prisoner and appropriated the money from his debit and prepaid cards until they had a "total amount of 22,490 euros."

To determine their guilt, the nine members took into account "the result of the positioning of the mobile phones, through a geolocation system" that placed the two men in the areas where the money was withdrawn as well as an attack prior to the victim that took place at the end of July 2018. They also focused on the place where the body appeared. Then, one of the defendants showed the Civil Guard the place where the body was buried, a circumstance that has been taken into account as a mitigating circumstance.

1 Iñaki Arteta, after the call to boycott: "Independence... 2 A chair brings together all the universities of Madrid... 3 The church of San Miguel de Talavera enters the Red... 4 The university will offer a master's degree in... 5 Prado, on the appointment of Feijóo: "You can... 6 Sangenjo breaks hotel occupancy records on the weekend... 7 ABC editor Montse Serrador will perform the Exaltation... 8 The Taking of Granada, the historical event that Congress... 9 The Generalitat promotes an industrial development... 10 Villarejo asks the judge to return some microtapes... 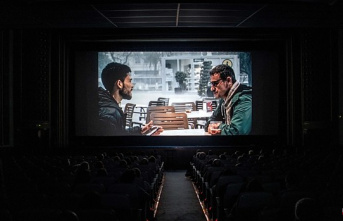 Iñaki Arteta, after the call to boycott: "Independence...