United States: with more than 139 million firearms intended for trade, this market has exploded in 20 years 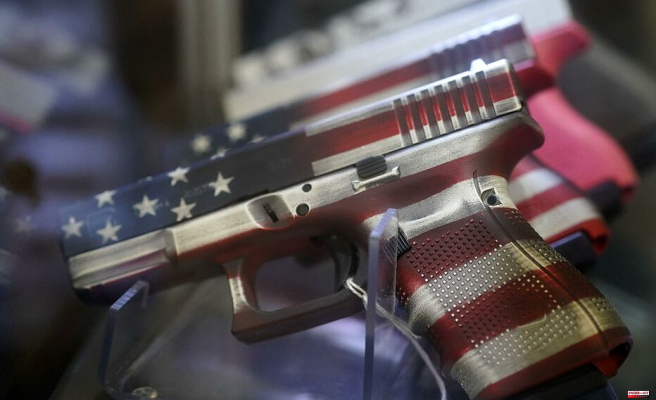 Former President of the United States Barack Obama tried many times to reform gun laws, without success. On the contrary, the market for the sector has literally exploded over the past twenty years. Thus, according to a report from the Department of Justice published on Tuesday, American gun manufacturers produced more than 139 million firearms for commerce during this period, including 11.3 million for the year 2020.

Read alsoIn the United States, homicides jumped 30%: “We have never seen that”

Meanwhile, 71 million guns were imported into the United States, compared to just 7.5 million guns exported, a sign of the surge in weapons available in the country that has fueled a spike in violence. by firearms, murders and suicides, according to the government study. Another sign of this explosion, the country had "only" 2,222 arms manufacturing companies in operation in 2000, compared to 16,963 in 2020, according to the Ministry of Justice.

The rise of "ghost" weapons

Annual production of firearms for commercial sale has also jumped, from 3.9 million in 2000 to 11.3 million firearms in 2020, peaking at 11.9 million in 2016. A figure that could be much higher due to the presence of so-called "ghost weapons", kit weapons that can be made at home for a few hundred dollars and parts of which can be purchased online or produced by a 3D printer .

Unlike factory-produced weapons, these do not have a serial number and, since they are not considered weapons throughout the sales process, do not require a license to carry a weapon. nor subject the buyer to a criminal and psychiatric background check. According to the report, in 2021 police recovered 19,344 so-called "ghost weapons", compared to 1,758 in 2016.

Read alsoUnited States: Texas authorizes the carrying of firearms in public and without a license

Last April, US President Joe Biden tightened the regulations surrounding this type of weapon, including the obligation for resellers of these kits to carry out a background check on potential buyers or to include a serial number. on the constituent parts. "We can address the current surge in violence only if we have the best information available and use the most effective tools and studies to fuel our efforts," said the US Department of Justice's second-in-command, Lisa Monaco, in a press release.

A homicide rate not seen for 25 years

The number of firearm deaths in the United States has seen a "historic" increase in 2020, in particular due to the effects of the Covid-19 epidemic and poverty, according to a report by American health authorities published last week . The country thus counted 19,350 homicides in 2020, an increase of nearly 35% compared to 2019, and 24,245 suicides, according to the Centers for Disease Prevention and Control (CDC).

As the homicide rate hit a 25-year high at 6.1 per 100,000 population in 2020, the release of this report comes after a weekend of acute violence in the United States. with two shootings: one racially motivated in Buffalo, New York, where ten African Americans were killed, and the other in Los Angeles, California, where one person was killed and five others were killed. been injured.

1 Cannes Film Festival: Tom Cruise expected on the 2022... 2 Qatar sees the increase in investments in Spain as... 3 Vocento earns 3.53 million until March and reduces... 4 Data Protection fines Google with 10 million euros... 5 Two dead when a bus with twenty temporary workers... 6 Social Security gains 55,689 foreign affiliates in... 7 The Ibex 35 dawns with a rise of 0.53% and stands... 8 Kylian Mbappé: an extension at PSG announced 9 The Russian Foreign Ministry summons the Spanish ambassador... 10 Echenique criticizes the "obscene" gala... 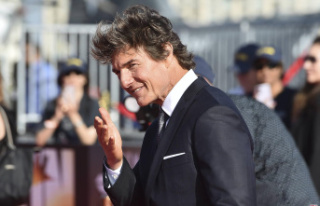