The Trade Union Associations of Secretaries, Controllers and Interim Treasurer of Local Administration of Castilla-La Mancha, Castilla y León, La Rioja and Aragón have issued a joint statement in which they demand that the recent public employment offer be applied that will allow the stabilization of 807 posts for nationally qualified civil servants, although there are a total of 3,300 interim, and which, as they point out, has provoked opposition from a smaller percentage of qualified officials and from the Territorial Associations of Secretaries, Auditors and Treasurers of Local Administration. 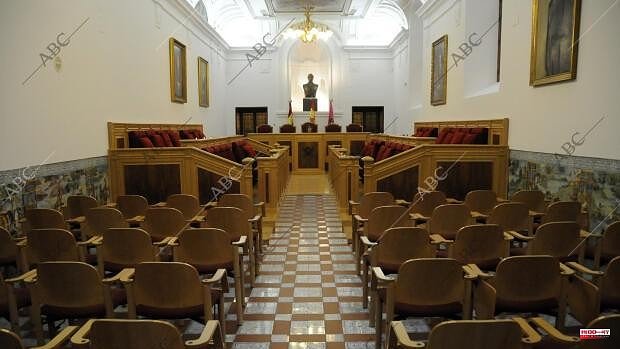 The Trade Union Associations of Secretaries, Controllers and Interim Treasurer of Local Administration of Castilla-La Mancha, Castilla y León, La Rioja and Aragón have issued a joint statement in which they demand that the recent public employment offer be applied that will allow the stabilization of 807 posts for nationally qualified civil servants, although there are a total of 3,300 interim, and which, as they point out, has provoked opposition from a smaller percentage of qualified officials and from the Territorial Associations of Secretaries, Auditors and Treasurers of Local Administration. The full statement released is reproduced below:

«With perplexity and astonishment, interim secretaries, auditors and treasurers see daily the unusual reaction that the OEP for the stabilization of temporary employment in the General State Administration, published in the BOE of May 24, has provoked among some qualified ( fortunately the least) and among the Territorial Associations of Secretaries, Controllers and Treasurers of Local Administration (which without counting on the opinion of the more than 3,300 professionals who work as interim - more than 40% of all practitioners - have clearly positioned themselves against this stabilization).

This OEP, for the stabilization of temporary employment in the General State Administration corresponding to Law 20/2021, of December 28, on urgent measures to reduce temporary employment in public employment, provides for the stabilization of 807 positions by different means. in temporary abuse of National Enabling Officials, of the more than 3,300 interims who currently work in about 4,000 City Councils in our country (less than, incidentally and in strict application of Law 20/2021, they should be) ; interim, let us not forget, have spent decades exercising their profession of secretary, auditor or treasurer with dignity and equal obligations and responsibilities as any Authorized.

We are a group of officials who work daily in more than 40% of the municipalities of Spain, mostly in those of the so-called emptied Spain. Most of these municipalities have less than 2,000 inhabitants and, in most of them, the only official that exists is the interim secretary-controller where we must act as the processor of all kinds of petitions, subsidies, aid, hiring and endless of details that both the rest of the administrations and the citizens demand. The responsibility that falls on us is not different from that of a national authorized, our firm in our work environment is no less efficient and our work is carried out with the utmost professionalism despite the enormous difficulties we have regarding means and high workload.

With the recent Law 20/2021, a small window of hope has been opened so that some of us can stabilize their employment situation in the small municipalities where we work and will work. This important change will not change the responsibility and good work already shown, but it will allow us to carry out our work with the same guarantees and rights as any other worker. Moreover, by virtue of the aforementioned Law, the responsibility of carrying it out successfully with the rest of the jobs in our municipalities (administrative staff, home help service, operators, etc.) has fallen on our shoulders, seeing with Stupor as no one questions said stabilization of positions and yet ours is questioned, in a kind of schizophrenia in which we are required to stabilize the positions of our municipalities but not to do it with us.

Should we have fewer rights than the rest of the public employees to stabilize? Is it possible that anyone thinks that article 14 of the Constitution or 21 of the Charter of Fundamental Rights of the European Union does not apply to us because we are interim secretaries, auditors and treasurers? Is this the way to defend the profession by the Colleges that have to watch over it? Is there no capacity and merit demonstrated during decades of performance in the profession?

It is not a minor issue, nor should it be overlooked, that we consider that the positions to be consolidated for our body by the State are far from all those that should be stabilized, a situation that will continue to leave a large number of colleagues, I insist on the emptied Spain, in a situation of job insecurity and limited rights, bad for people and bad for the Town Halls in which they work. From our trade union associations let no one doubt that we will continue fighting and working to reverse this situation.

The consolidation in our jobs, therefore, goes beyond a labor law, it is a guarantee that in a small municipality there is never a lack of the essential figure of a secretary, who provides service, not only to the town hall and its corporation, but to the neighbors who day after day go to the secretary's office with a multitude of questions, which although they do not concern our work, we carry them out with the utmost diligence since public service is our vocation. In some towns where their neighbors are getting fewer and older, in the challenge of fighting depopulation, and the disappearance after all of these populations, the acting secretaries and treasurers are a fundamental part.

For decades we have worked with the same obligations, responsibilities and professionalism as national authorities and I invite anyone who is encouraged to prove with facts and not only with demagoguery that this is not the case.

Lastly, we do not want to end this manifesto without sending a message of reassurance to the many people who trust in our work on a daily basis, we will continue to work rigorously, with dedication and dedication in the towns where we have been doing it daily, and of course no one should doubt that we will achieve our goal of professional consolidation as is justice and law.

1 The Toledo City Council regrets the "lack of... 2 This is how the new night lines of the EMT buses in... 3 European liberals threaten Von der Leyen with a motion... 4 Pablo Laso is discharged: «I have been lucky that... 5 Spanish judge will ask NSO for testimony on Pegasus... 6 Despite vows, cruise liners attempt to change climate... 7 They investigate a driver from Villarrobledo for driving... 8 The residents of Guadalajara will be able to pay for... 9 The PP visits the municipalities affected by the corruption... 10 Air Nostrum reduces its losses by 95% in 2021 and... 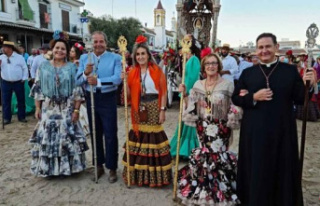 The Toledo City Council regrets the "lack of...