The report highlights the impact of the war in Ukraine, the climate crisis and the coronavirus pandemic. 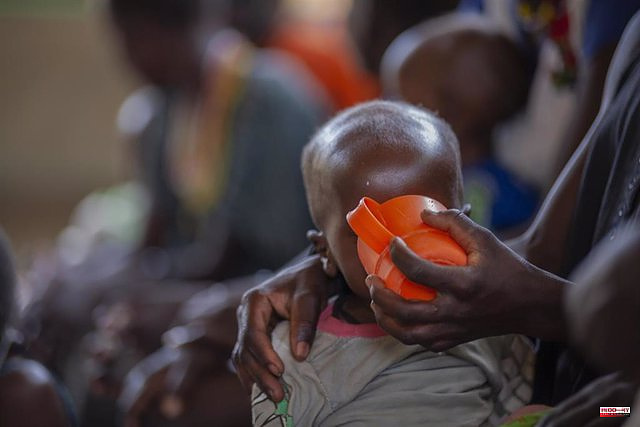 The report highlights the impact of the war in Ukraine, the climate crisis and the coronavirus pandemic

The United Nations Children's Fund (UNICEF) warned on Tuesday that "the world is rapidly becoming a tinderbox of preventable child deaths" due to the increase in the number of children with severe acute malnutrition, a figure that is increasing because of the impact of the war in Ukraine.

"Even before the war in Ukraine put food security around the world to the test, conflict, climate shocks and COVID-19 were already wreaking havoc on families' ability to feed their children," he said. UNICEF Executive Director Catherine Russell.

UNICEF has emphasized that a number of circumstances are worsening food security in the world, including the war in Ukraine, the state of economies following the coronavirus pandemic and persistent drought in some countries due to climate change.

In this sense, he has warned that the forecasts contemplate a 16 percent increase in the prices of therapeutic foods during the next six months due to the rise in the cost of raw materials, which could leave 600,000 children without access to a treatment.

"For millions of children each year, these therapeutic paste sachets mean the difference between life and death. A 16 percent price increase may seem acceptable in the context of global food markets, but at the end of that chain of supply there is a desperately malnourished child, for whom the stakes are not at all acceptable," Russell explained.

On the other hand, the drought in the Horn of Africa threatens to cause a rapid increase in cases, which could go from 1.7 million to two million, while in the Sahel this figure is expected to increase by 26 percent in compared to that registered in 2018.

The report further notes that countries in a relatively stable situation, such as Uganda, have seen an increase of 40 percent or more in cases since 2016 due to increased poverty and household food insecurity, causing the quality and frequency of feeding children and pregnant women are insufficient.

The situation is mainly impacted by climate-related problems and inadequate access to drinking water and sanitation services, which contributes to the increase in these figures globally, while the report stresses that aid remains "woefully low". And it could go even lower.

In this sense, the document says that there is little chance that the level of financing will return to pre-pandemic levels before 2028. Global aid aimed at ending severe acute malnutrition represents only 2.8 percent of the total of development assistance to the health sector and 0.2 per cent of the total.

For this reason, UNICEF has demanded that governments increase aid by at least 59 percent above 2019 development aid levels to give care to all children who need treatment in 23 countries especially affected by this situation.

The agency has also called on countries to include the treatment in long-term health and development financing plans and to ensure that budget allocations to address the global hunger crisis include specific allocations for therapeutic food interventions. .

"There is simply no reason for a child to suffer from severe acute malnutrition, especially when we have the capacity to prevent it. But there is very little time to revive a global effort to prevent, detect and treat malnutrition before this situation is much worse," Russell stressed.

Russell has emphasized that "with the impact of the war in Ukraine on global food security, even more children are at risk of severe acute malnutrition" and has argued that "this is why UNICEF is sounding the alarm and publishing this global alert about childhood".

"The international community must act to avoid this catastrophe," he stressed, before recalling that Russia and Ukraine "are among the world's leading agricultural producers and exporters." "The supply lines are blocked," she noted.

Along these lines, he indicated that the World Food Program (WFP) estimates that "a prolonged reduction in food exports could raise the number of undernourished people between eight and thirteen million globally in 2022 and 2023".

"Food, fuel and fertilizer shortages, combined with inflationary pressures, are causing prices to rise," he said, before adding that "not even ready-to-use therapeutic food (RUTF) is immune" to this situation. .

"This year many severely malnourished children have lost their fight for life. We cannot bring them back and we cannot end hunger and malnutrition overnight, but we can prevent children from continuing to die from acute malnutrition," has argued.

In this way, Russell has defended that "with a strategic investment in proven and affordable ways to treat and prevent severe acute malnutrition, lives can be saved now and work for a world in which no child is malnourished and dies".

"It is difficult to put into words what it means for a child to be severely malnourished, but when you meet a child suffering from this deadly form of acute malnutrition, you understand and never forget," he said, before stressing that "even more distressing is know that it is extremely painful for children who suffer from this situation. "Without vital treatment, it is a battle that many lose", she has settled. 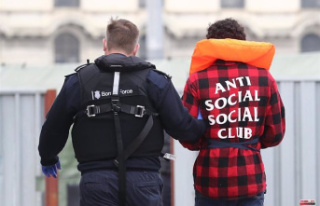 More than 8,000 people cross the English Channel since...