The Asociación Hablamos Español, chaired by Professor Gloria Lago, has presented this Wednesday before the Registry of the Valencian Courts a request that, according to sources from the entity, "will probably be the last before going to the Constitutional Court for protection. 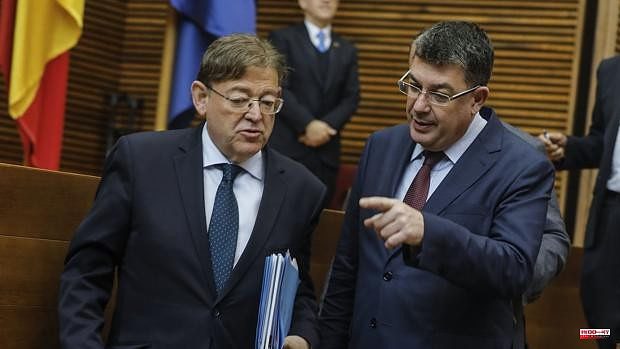 The Asociación Hablamos Español, chaired by Professor Gloria Lago, has presented this Wednesday before the Registry of the Valencian Courts a request that, according to sources from the entity, "will probably be the last before going to the Constitutional Court for protection. their right to defend their Popular Legislative Initiative before the Plenary”.

The Electoral Board validated the signatures presented by the association so that its law could be processed as a Popular Legislative Initiative. Despite having passed all the procedures established by the regulations and gathering almost 40,000 certified signatures, four times what is necessary, the Table of the Valencian Courts “does not want to summon us to defend our law before the Plenary. The excuse - the same sources indicate - is that the Regulation collides with the law that regulates the processing of the ILP, because it prevents people who are not parliamentarians from intervening in the plenary session.

In this regard, Hablamos Español recalls that "the ILP law clearly states that within three months after its approval, the Regulations had to be adapted to the law."

The entity emphasizes that “on May 24 we asked the Board of the Courts to tell us, expressly, if we were going to be allowed to process our ILP as established by law, but we received an absurd response riddled with inconsistencies. Given the turn that events are taking and seeing that the processing of our law is going to be liquidated, the legal team of Hablamos Español has prepared a letter addressed to the Valencian Courts ». In the document, "we give a period of seven days to adapt the Regulations to the law and we warn that, if our rights are not respected, we will appeal to the Constitutional Court with the warning that, given the refusal to comply with the legal provisions collected in said precept or the use in fraud of law of the Regulation of the Courts, Hablamos Español reserves its right to file the corresponding criminal complaint against the President and members of said Table of the Courts, in case the facts were constitutive of a crime of prevarication".

We speak Spanish explains that “we have asked the parliamentary groups for help and, so far, only Vox has carried out a specific initiative, presenting a bill so that, by way of urgency, the Regulations are adapted to the law. PP and C's came out to support our concentration before the Cortes, but they have not expressed their support black on white ». The entity indicates that “we have transferred this last letter addressed to the Cortes so that they can sign it. We hope that they will do so, it is no longer just a matter of defending a language policy in accordance with a democracy worthy of the name, but of respect for fundamental rights set forth in the Spanish Constitution».

Next Sunday, May 12, Hablamos Español will install tents in the cities of Castellón, Valencia and Alicante, where the teams that have collected signatures will gather as a protest.

1 'Ofimovil Palencia' begins to tour the province... 2 The Mossos finalize their restructuring: changes in... 3 Confirmed the sanction of 5,000 euros to the Valladolid... 4 MIR doctors from Castilla-La Mancha will have 4-year... 5 Cryptocurrency platform Criptan obtains recognition... 6 Concern grows over the confrontation between the two... 7 Man arrested for throwing woman onto New York subway... 8 The president of Paradores: «Tourism must understand... 9 What Conservatives might succeed Johnson in the UK... 10 Joaquín Sabina must pay a debt of 2.5 million euros... 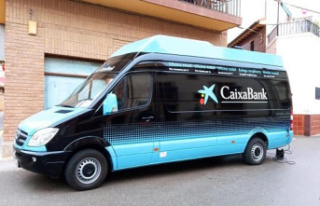