A woman from the South Shore of Montreal and her entourage voluntarily coordinated the arrival of 10 families of Ukrainian refugees, making sure to find them a place to stay, a means of transportation. 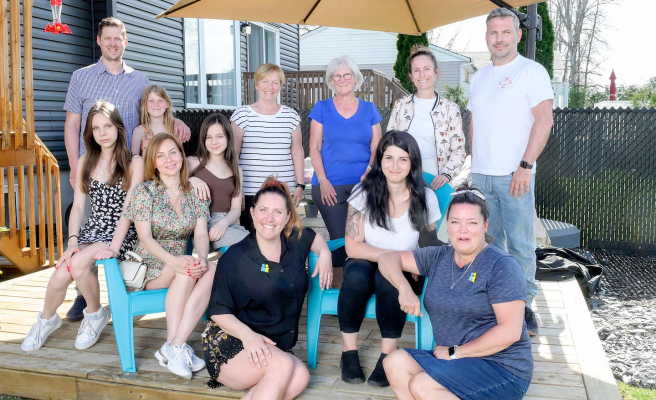 A woman from the South Shore of Montreal and her entourage voluntarily coordinated the arrival of 10 families of Ukrainian refugees, making sure to find them a place to stay, a means of transportation... and even a job for some.

• Read also: Ukrainian refugees: from Dnipro to Rouyn-Noranda, via Poland, in wheelchairs

"It's a lot of work, but in life, I've always wanted to help," says Marie-Ève ​​Jalbert, who works in daytime recruitment with the firm Randstad.

In her spare time, the 30-year-old is busy bridging the gap between new arrivals who fled the war and their new life in Quebec.

She recites the names of her protégés by heart: Julia is with Philippe and Myriam, Elena is with Valérie, Larisa and her children with Marc and Anna...

Even four generations of a single Ukrainian family will soon arrive among big-hearted Quebecers living on the South Shore.

Ms. Jalbert had the idea to facilitate their arrival after attending a first rally in support of Ukraine in Montreal. It was there that she met Vira Serheyeva, who greets refugees at Montreal-Trudeau airport in their language, at the booth of an immigrant aid organization.

Determined to help, but not having the space at home to accommodate them, Ms. Jalbert began to identify families ready to welcome them, in her entourage and on social networks.

Then it all came crashing down.

“I contacted Marie-Ève ​​through Facebook, we spoke on the phone, and the next day, the family arrived. It was done quickly, but when it is urgent, it is urgent, ”recalls Diane Mailhot, 68 years old.

Today, the retiree shares her Sainte-Julie home with Viktoria, Vadym, and their 14-year-old son, Daniil.

“Marie-Ève ​​had made a first contact, which made our task easier. When we looked at the groups, there are new requests for accommodation every five minutes, ”she testifies.

In addition to finding a place for the refugees to put down their suitcases, Ms. Jalbert also mobilizes her network to find them a job.

"Within a week of Viktoria and Vadym's arrival, I managed to find work for them," she enthuses.

Viktoria, a colorist in Ukraine, has been working in a hair salon for just over a week. And this, even if she does not yet speak French or English.

Vadym was hired as a day laborer in a factory.

Another refugee has a marketing interview, and Ms. Jalbert has sent out several resumes in the past few days.

She has also organized clothing drives, tries to provide at least one bike per small family, and has created a list of useful organizations on the South Shore.

"It's an all-inclusive service. Marie-Ève ​​is incredible”, confirms Vira Serheyeva, who referred several refugees to her who were in nothingness.

Marie-Ève ​​Jalbert stresses, however, that nothing would be possible without the support of the community.

“When you start getting involved, you meet such wonderful people. It makes a beautiful chain of love, ”says the 36-year-old woman.

1 The man found burned in his car would be associated... 2 Quebec gives up tightening the screws on schools 3 All-terrain Montreal: Bourgeoisized and yet run-down 4 UPAC visited Terrebonne again 5 Juno Awards Gala: The Toronto Experience of Roxane... 6 Zelensky affirms that the Ukrainian Army is working... 7 North Korea reports eight deaths in the last 24 hours... 8 At least eleven dead, including two children, and... 9 Lebanon in crisis awaiting legislative results 10 Employment: Transilien-SNCF recruits 600 agents in... 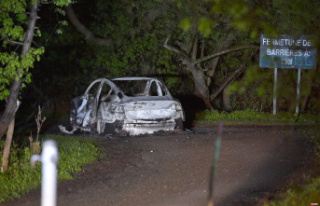 The man found burned in his car would be associated...