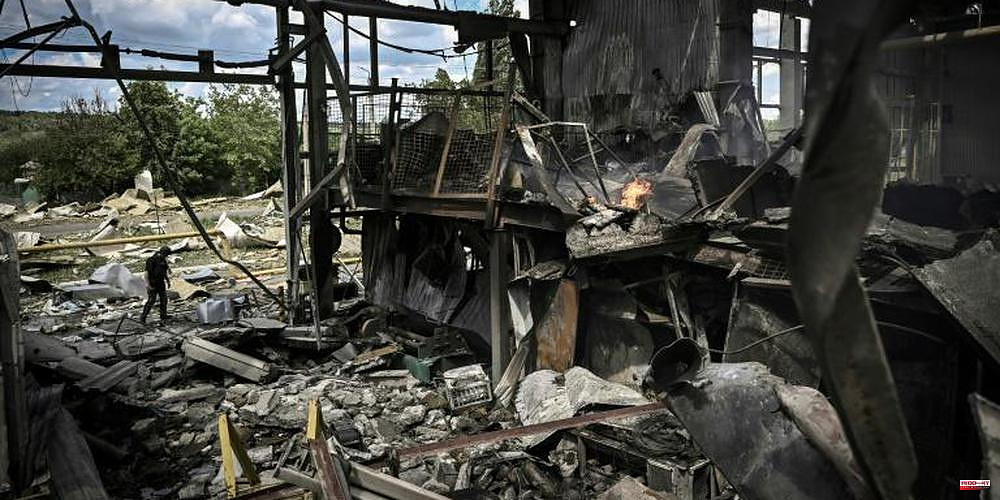 Three months after the Russian war began on February 24, the French President Emmanuel Macron, and the German Chancellor Olaf Scholz, asked Vladimir Putin - via telephone interview – to begin "negotiations direct discussions" with Volodymyr Zelensky, the Ukrainian President. They demanded that he release the 2500 Ukrainian fighters who fled to the Azovstal steelworks at Mariupol (southeast), and surrendered to Russian forces.

According to the Kremlin, the Russian president insisted that Russia was open to dialogue with Kyiv to end the armed conflict. Peace negotiations with Ukraine are still at a standstill since March.

Militarily, the Russian noose is closing in on the Donbass mining basin, particularly around Severodonetsk, where "the enemy conducted assault operations", according a report published by the Ukrainian army General Staff on Sunday.

Sergii Gaidai (the governor of the Lugansk Region) stated that Russia has used every means to seize Severodonetsk and to block any communication between the two countries on Saturday evening via Telegram. "Next week is going to be very difficult."

The city has been without electricity since more than two weeks. This is due to the "constant bombardments". The city's "humanitarian assistance center" activity has been stopped. Sergiy Gaidai previously stated that "The Russian army is just destroying the city." He claimed that the Russian army invaded the city's outskirts, where it suffered "heavy loss". According to the Ria Novosti agency, he was responding to a Lugansk police officer from the pro-Russian separatist state of Lugansk who stated that the city of Severodonetsk was "currently surrounded" and that Ukrainian troops were trapped there.

Further west, the Russian Ministry of Defense confirmed Saturday that they had taken control of Lyman, a key location in the Donbass. This opens up the route to Kramatorsk and Sloviansk, which are the main cities of the Donbass. Telegram had shown that the pro-Russian separatists had declared on Friday the territorial defense of Lyman. They had also indicated that they had "taken full control" of Lyman with the support of the Russian army.

President Zelensky acknowledged that the situation in Donbass was "very, very difficult" with intense artillery and missile attacks. He felt that the occupiers who think Lyman and Severodonetsk are theirs were wrong. Donbass will become Ukrainian."

After the failure of the offensive on kyiv (northeast), at the beginning of the war, Russian forces concentrated into eastern Ukraine with the stated goal of completely seizing Donbass, which was held since 2014 by proRussian separatists backed Moscow.

MM. Putin stated that Ukraine, a major agricultural country, cannot export its cereals because of the blockade of its ports. Macron and Scholz said that their country was ready to allow an unrestricted export of grain from Ukraine.

According to Putin, difficulties in food delivery were caused by the "wrong economic, financial, and political policies of Western countries" as well as anti Russian sanctions imposed by these countries.

According to the Russian news agency TASS, a cargo boat arrived in Mariupol on Saturday. This was a southeastern city that Russia had pounded for three years before finally seizing it last Wednesday.

The Ukrainian Navy responded to the Facebook announcement by calling it "manipulative". This is because, according to the Navy, "while continuing the disregard of the norms of International maritime law, Russia’s ship groups continue blocking civil navigation in the water of the seas." Black and Azov

According to the Kremlin, Vladimir Putin considered it "dangerous" to continue flooding Ukraine with Western weapons during the telephone interview. He also warned of the risks of "further instability".

The American media claimed that Washington is planning to deliver long-range multiple rocket systems (MLRS), to Kyiv. This is in desperate need of them to stop the Russian fire.

1 Immigration. Place de la Bastille, Paris: A camp to... 2 Vaucluse. L'Isle-sur-la-Sorgue: a fire breaks... 3 Human rights: UN urges Beijing to refrain from "arbitrary"... 4 Miscellaneous. After nine days of running in Paris,... 5 United States: Biden visits Uvalde to alleviate the... 6 Basque Country: An accident biker in Hauts de Bayonne... 7 Like this it remains the list of winners of the Champions 8 Champions League: Chaos around the Stade de France,... 9 South-Gironde - The Lubat company will be able to... 10 "Inertia", and "sluggishness":... 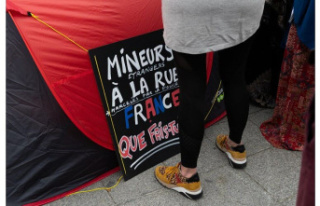