The secretary general of the Atlantic Alliance, Jens Stoltenberg, said this past Sunday that "Ukraine can win this war. 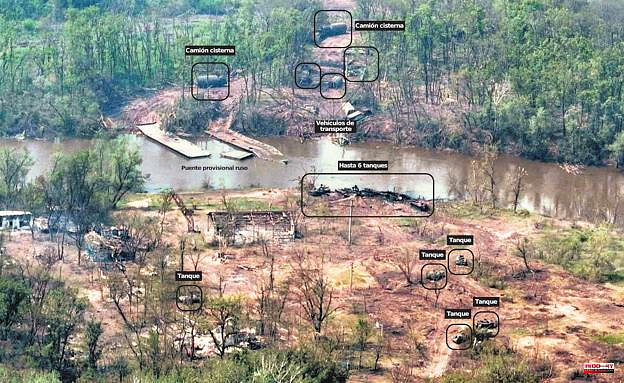 The secretary general of the Atlantic Alliance, Jens Stoltenberg, said this past Sunday that "Ukraine can win this war." Perhaps such a statement is too optimistic, but given that NATO has privileged information and having seen the results on the ground, nothing is ruled out a little more than two weeks before the 100 days from the start of the invasion. There are even analysts who venture that if Russia did not have atomic power, it would already have lost the fight. They are based on the withdrawal from Kharkov or on events that have taken place on the banks of the Seversky Donets River in the Luhansk region, where Moscow reportedly lost two battalions and more than 70 tanks. In addition, kyiv assures that its troops are pushing the invaders back towards its borders in some parts of Donbas.

When Russian troops invaded Ukraine on February 24, everything indicated that the operation would quickly and inevitably be negative for Ukraine. Endless columns of armored vehicles arrived, the country's capital was immediately surrounded and towns such as Kharkov, Chernígov or Kherson were heavily attacked. However, the advance soon showed signs of stalling and the world began to witness an endless list of news that made it clear that the invader's superiority was not reflected on the battlefield.

The scourge of the drones on the armored columns has left hundreds of these vehicles unusable, the weapons sent by the West have put up a fight against the perhaps overvalued Russian troops, who have also left a good number of senior commanders and soldiers of the troops behind. the way. The latest balance made public by the Ukrainian authorities speaks of 27,200 casualties and the British intelligence services calculate that a third of the Russian forces on the ground (between 100,000 and 150,000) have died.

At the end of March, President Vladimir Putin announced that his Army would concentrate its efforts on “liberating the Donbas region. The expected macro-offensive to celebrate Victory Day did not leave notable progress and, despite the continuous bombing, the Ukrainian soldiers entrenched in the Azovstal steelworks in Mariúpol continue to fight.

“Despite initial small-scale advances, Russia has been unable to achieve significant territorial gains over the last month,” says British military intelligence, who has no doubts: “The offensive has run out of steam and is running far behind schedule. marked”. Not that Ukraine's counteroffensive is overwhelming, but it is forceful enough to drive the enemy back. Proof of this is what happened in the last week on the banks of the Seversky-Donets River in the Luhansk region. There, the defenders would have blown up several bridges over the riverbed to hinder the enemy advance from Kremlinna towards Kharkov. The Russians were forced to place special structures on the water to continue their path, an operation that took longer than expected and caused a high concentration of military troops on one of the banks of the river. Once the 'pontoons' were installed, some managed to cross, but the rest fell into an ambush that sparked a battle that, according to the kyiv Ministry of Defense, has lasted several days.

A report by the Institute for War Studies in the United States estimates the losses of the side sent by the Kremlin at 485 dead soldiers and 80 damaged equipment. This group of expert analysts assures that the Moscow forces "made important tactical errors." Other media assure that Russia would have lost two battalions there, which would mean, in the worst scenario, up to 2,000 casualties between dead, wounded and prisoners.

Satellite images from the intelligence company BlackSky show the effects of the confrontation. In the middle of the river, several turrets and cannons can be seen protruding from the water and the road on one of the banks appears plagued by a rosary of tanks and other totally destroyed transport. Some media say that many Russian soldiers chose to run away and abandon all weapons and supplies. The success of the skirmish has been confirmed by the Reuters agency, which ensures that "Ukraine now controls large tracts of land around the river after intense fighting."

Ukraine has not missed the opportunity to propagandize victory. "The Russians bathed in the Seversky-Donets River, and some were burned by the May sun," the Defense Ministry proclaimed on its social networks. Russia, for its part, assures that it was its army that blew up the original bridges to prevent the supply of the Ukrainian troops.

The withdrawal of some points from the Donbas confirms that the march on that point of the front is not going as it should, a fact that is already being discussed among the pro-Russians. The American Institute for War Studies assures that different Telegram channels favorable to Moscow (with approximately 300,000 followers) criticize the Russian General Staff "for not learning from previous combat mistakes" as well as the slowness of offensive operations. Some problems that they attribute "in part to ineffective aerial reconnaissance and the negative effects of poor morale within the Russian Army."

The defeat at Seversky is a blow and has served as a prelude to the departure of Russian troops from Kharkov, the second largest city in Ukraine after kyiv. The refusal to take it is due, according to the Institute for the Study of War, both to the Ukrainian counteroffensive and the limited capacity to receive reinforcements from Moscow. “Ukrainian forces have prevented the Russians from surrounding it and taking it. Later, they expelled them from the outskirts of the city as they did when the Russians tried to conquer kyiv, "they argue.

1 The DGT announces the end of the mirrors thanks to... 2 return of the king 3 Belarus, the Russian rearguard 4 fire in the body 5 More inflation, more taxes 6 grow in freedom 7 the overwhelm 8 Cospedal is 'mu' bad 9 What politics makes of us 10 The consequence of mediocrity 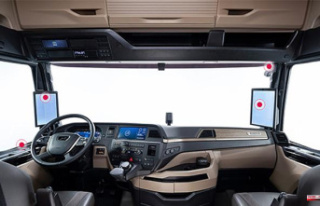 The DGT announces the end of the mirrors thanks to...