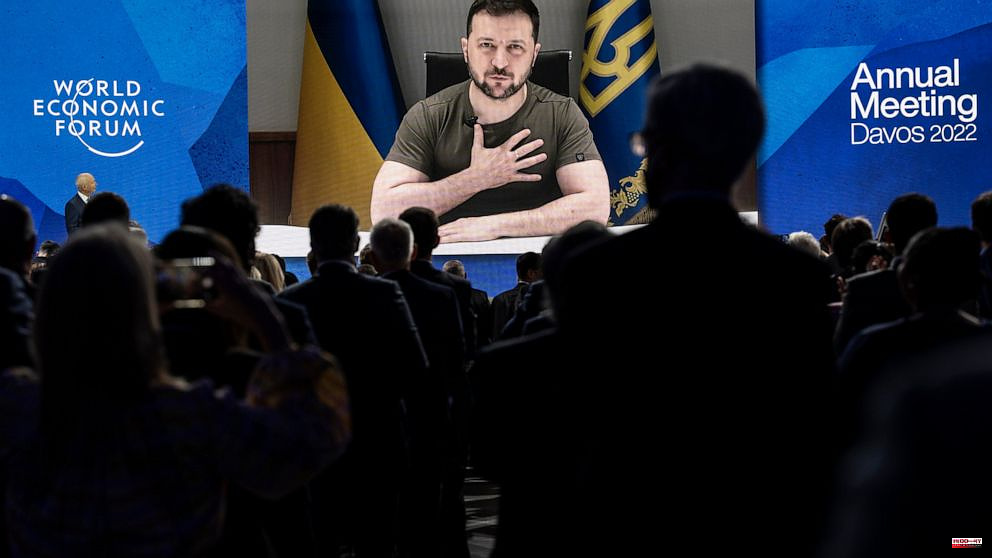 The U.S., along with its allies, have donated billions of dollars worth of weaponry to Ukraine. Europe has accepted millions of refugees from the war. Unprecedented unity has emerged in post-World War II Europe when it comes to imposing sanctions against President Vladimir Putin's country.

Analysts believe that the Kremlin could use a prolonged, ingrained conflict, and a possible waning interest from Western powers to pressure Ukraine into a settlement, as soon as the shock from the February 24 invasion has subsided.

Already, the Ukrainian President Volodymyr Zeleskyy has been chafed by Western suggestions that he should agree to a compromise. He said that Ukraine would choose its terms for peace.

He said, "The fatigue is increasing, people want some sort of outcome (that's beneficial) for themselves, while we want (another)."

A peace proposal from Italy was rejected and French President Emmanuel Macron was criticized for saying that Putin's invasion of Ukraine was a "historical error" and that world powers should not "humiliate Russia so that when the fighting ceases, we can make a way out together through diplomatic paths. Dmytro Kuleba, Ukrainian Foreign Minister, stated that such talk would only "humiliate France and any other country that would request it."

Even the comment by Henry Kissinger, former Secretary of State of America, that Ukraine should think about territorial concessions drew a response from Zelenskyy saying that it was equivalent to European powers in 1938 letting Nazi Germany take parts of Czechoslovakia in order to stop Adolf Hitler's aggression.

Kyiv is determined to force Russia out of newly captured areas in Eastern and Southern Ukraine. It also wants to retake Crimea, which Moscow annexed last year, and portions of the Donbas that have been under the control of Kremlin-backed separatists over the past eight years.

Volodymyr Fezenko, a political analyst at the Penta Center think-tank, stated that Ukraine is losing $5 billion each month due to the war. This "makes Kyiv dependent upon the consolidated position in the Western countries."

Ukraine will require more sophisticated weaponry in order to win, and Western determination to continue economic pain on Russia in order to weaken Moscow.

Fesenko stated that Russia is determined "to wear down the West" and that it is building its strategy on the assumption Western countries will eventually get tired of their militant rhetoric and change to a more accommodating tone.

Both the United States of America and Europe continue to cover the war, with images showing the horror atrocities inflicted on civilians by the largest fighting on the continent since World War II.

The U.S. continues its support for Ukraine. President Joe Biden stated last week that Washington would provide it with rocket systems and munitions to enable it to strike more accurately key targets on the battlefield.

Biden stated in a New York Times essay that he would not pressurize the Ukrainian government to make territorial concessions.

Germany, which was criticised by Kyiv and others for its perceived hesitancy has now pledged its most advanced air defense systems.

Gould-Davies stated that he doesn’t see any significant decline in "emphatic support" for Ukraine, but that there are indications of tensions about the West’s goals. These are not yet clearly defined.

European leaders celebrated the decision to stop 90% of Russian oil exports before the end of the year. However, it was a four-week-long negotiation that included a concession that allowed Hungary, which is widely considered to be the Kremlin’s closest ally, to continue its imports. There is still much to be done in political fine-tuning.

"It shows Europe's unity is decreasing a bit on Russia's invasion," said Matteo Villa, an analyst at the ISPI think-tank in Milan. "There is a feeling of fatigue among the member states about finding new ways to sanction Russia. And clearly, within the European Union there are some countries who are less willing to continue with sanctions."

The European Commission is cautious about the economic consequences of additional energy sanctions and has indicated that it will not rush to introduce new restrictive measures against Russian gas. EU legislators are also requesting financial assistance for those affected by fuel price rises and heating, in order to maintain public support for Ukraine.

Matteo Salvini of Italy's right-wing leadership, which has been viewed as being close to Moscow, said this week to foreign journalists that the Italian people are willing to sacrifice and that his League supports sanctions against Russia.

He said that backing is not infinite, despite signs that the trade balance under sanctions has moved in Moscow's favour, which could hurt small business owners in northern Italy, who are part his base.

Salvini stated that "Italians are willing to make sacrifices for Ukraine's defense, and to reach a cease-fire."

"I would hate to see us back here in September after three months of the conflict still continuing. It will be a disaster if that happens. He said that the war would not only result in the death of many people, but also save lives.

1 Boris Johnson's weakness causes international... 2 Ciudad Universitaria wakes up with wrecked cars and... 3 This will be the 2022-2023 school calendar in Castilla... 4 Historical record in the price of food: these are... 5 The Pan-Hispanic Clear Language Network is born to... 6 A 13th century codex that a soldier saved from the... 7 Each pilgrim has the economic impact of more than... 8 They are looking for a man for getting into a fistfight... 9 The sixth detainee for the sexual assaults of Burjassot... 10 Dinapsis celebrates five years in Benidorm with the... 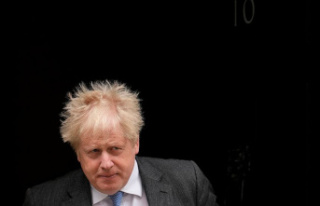