President Biden is unclear, and at times confused, about how the war in Ukraine might end, but some other voices in Washington are speaking and suggesting more clearly. 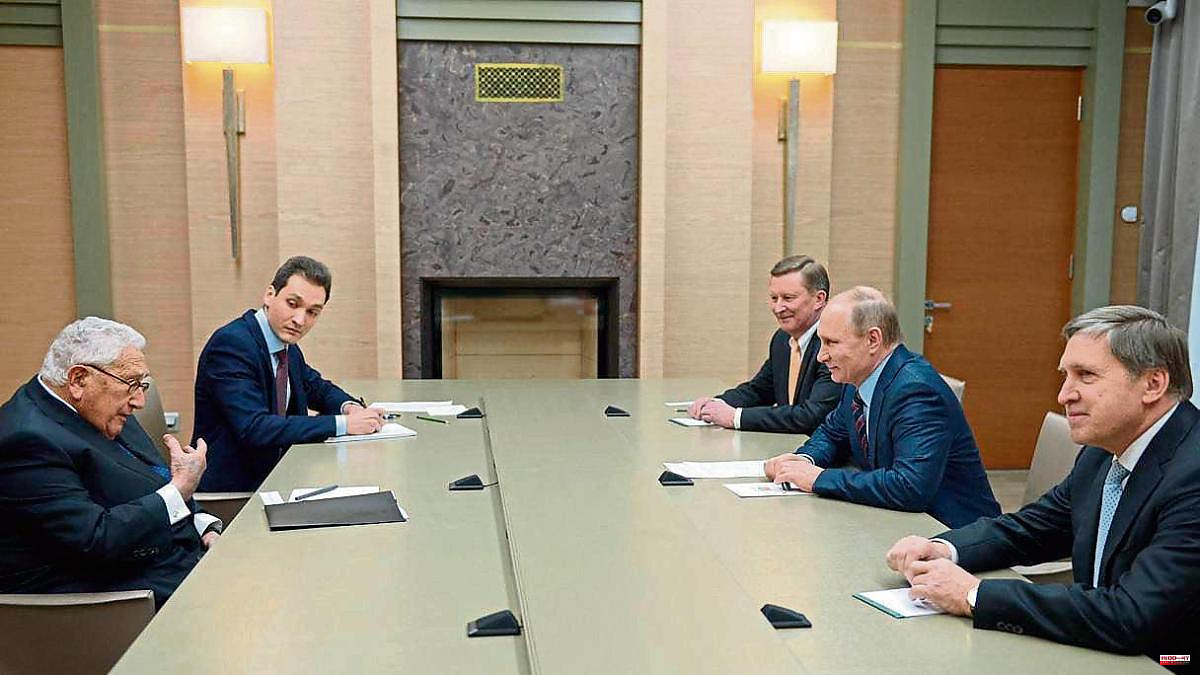 President Biden is unclear, and at times confused, about how the war in Ukraine might end, but some other voices in Washington are speaking and suggesting more clearly. Several did so last weekend at the Financial Times Festival Weekend, held for the first time outside England, at the Kennedy Center for the Performing Arts in Washington.

The first intervention, surprisingly constructive, was that of William J. Burns, current director of the CIA. Just a year ago, Burns came out of retirement after a long career as a diplomat, and as such, in his presentation, in conversation with a Financial Times reporter and in dialogue with the public, he showed a broader vision than that of the usual spies. As ambassador to Boris Yeltsin's Moscow in the mid-1990s, Burns already viewed NATO's expansion to Russia's borders as "premature at best, and unnecessarily provocative at worst." More specifically, pushing Ukraine and Georgia into NATO was “a serious strategic mistake that caused indelible damage,” a view shared by the French and German governments at the time. In an official meeting, Putin had told him that Ukraine's entry into NATO "would be a hostile act towards Russia."

Burns stressed, of course, that there is "absolutely no justification for the invasion of Ukraine." However, he returned to such strategic explanations while dismissing the ideological elaborations that are used both to try to justify and to condemn the attack. In short: Russia has "responded" after Ukraine moved away from Russian influence towards the West. In his view, however, Putin miscalculated on the power of the Russian military (which was sent on an unplanned "special operation" by his generals), on the Ukrainian resistance, and on the assumption that the West would be distracted by the elections. in Germany and France.

Burns attempted to explain Sweden's and Finland's recent NATO bids as a deterrent to further possible attacks by Putin in the future. But the CIA director did not say a single word that could be interpreted as supporting Ukraine's NATO membership.

Even more interesting was Henry Kissinger's discussion of "the new world disorder." The former Secretary of State, who turns 99 this month, announced a new book for immediate publication and for almost an hour he was focused, clear and insightful, also in the dialogue with the public.

Kissinger began by drawing on his academic background and pointing out that the main foreign policy priority of Russia, which is the largest country in the world, has always been to protect its enormous territory from invasions. From this perspective, after the cold war, the country's leaders felt “offended” by the absorption of Eastern Europe by NATO.

Now, he noted, the public discussion about Ukraine revolves around confrontation, but reflecting on the previous failures of the various governments he has advised, he lamented that, again, no one knows where we are going. Kissinger already opposed Ukraine's NATO bid when President George W. Bush and Vice President Dick Cheney launched it in 2008. Six years later, due to Russia's occupation of Crimea, he warned that Ukraine should not join or East or West, but should function as "a bridge" between the two. He predicted that otherwise "the drift towards confrontation would accelerate."

Most striking was his warning about the use of nuclear weapons. "I would not make Ukraine's NATO membership a key issue," Kissinger said at the Kennedy Center. It would be "unwise to take a confrontational position," primarily because of the dire danger of nuclear war. His approach certainly contrasts with that of the 1970s, of which he was reminded, when the crazy theory of "dominoes" was used to attack one country after another. Bush and Cheney were still using that approach at the beginning of this century to justify "preventive wars."

I got the impression that, with age, some intelligent people like Kissinger may feel that it's not worth trying to fool themselves again, and despite their physical frailty (or perhaps because of it), their more mature brain moves on. the direction of more honest and clear thinking.

His main argument was that in the past, although the confrontation was aimed at "preserving the balance of power" between the United States and the Soviet Union, he was at the same time promoting agreements for the reduction and control of nuclear weapons. Today, modern technology would produce much worse destruction, so he called for a "new era" in which governments should be more concerned about the consequences of nuclear weapons and favor diplomacy above all else. Kissinger recalled that, in the past, nuclear countries like the Soviet Union and the United States accepted military defeats from non-nuclear countries, such as in Vietnam and (both) in Afghanistan.

Even more so now, "we have to de-escalate towards conventional weapons and learn to live with hostile relationships." Henry Kissinger has met with Vladimir Putin more than twenty times and maintained that "there is still room for negotiation with him."

1 Finland and Sweden plan to apply this week to join... 2 Johnson proposes a "bonfire" of European... 3 Biden y Draghi: 4 Musk to reverse decision to ban Trump from Twitter 5 Ukraine interrupts the transit of a third of the Russian... 6 Dismantled a network of 7 War Ukraine - Russia today, live: latest on the invasion,... 8 Why have the Filipinos elected a 9 The violence unleashed in Sri Lanka causes the resignation... 10 Alabama prison deputy warden who eloped with inmate... 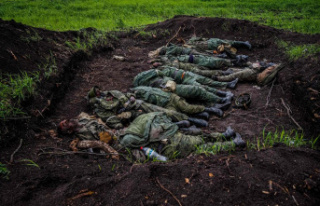 Finland and Sweden plan to apply this week to join...