Fighting is escalating in eastern Ukraine's Donbass region. Moscow confirmed Saturday, May 28, that pro-Russian separatists had taken control of Lyman, a key location in the area. This opens up the possibility of large cities like Kramatorsk and Sloviansk.

The Russian Defense Ministry released a statement Saturday stating that Lyman was liberated from Ukrainian nationalists thanks to the joint actions of the militia units belonging to the Donetsk People's Republic (and the Russian Armed Forces). .

Pro-Russian separatists indicated that they had "taken full control" Lyman with the support of the Russian army on Friday, and had now declared the republic's territorial defense. This information was not confirmed by the Ukrainian army until Saturday morning.

Friday's video by President Volodimyr Zelensky showed that the situation in Donbass was "very, very difficult". He felt that the occupiers who think Lyman and Severodonetsk are theirs were wrong. Donbass will become Ukrainian."

Severodonetsk: "The shelling continues [...] and the army is simply destruction the city," assured Sergii Gaidai, the governor of Lugansk. He claimed that the Russian army invaded the city's outskirts, where they suffered "heavy loss", while the Ukrainian forces attempted to expel the Russians from a hotel.

The governor however stated that "Severodonetsk was not cut off" due to Russian and separatist forces. He said that humanitarian aid is still possible. According to the Ria Novosti agency, he was responding to a Lugansk police officer from the pro-Russian separatist state of Lugansk who stated on Friday that the city of Severodonetsk was "currently surrounded" and that Ukrainian troops were trapped there.

Telegram from the Ukrainian Defense Ministry stated Saturday that the enemy had carried out an attack operation in the Severodonetsk and Oskolonivka districts. However, they suffered heavy losses and then retreated to their positions.

Sergiy Gaidai stated that the Russian forces would capture Severodonetsk because they "did not have great victories" and must feed their people with something. .

On Thursday evening, Volodymyr Zelensky, the Ukrainian President, accused Moscow of "genocide in Donbass", where Russian forces are committing "deportations" as well as "mass killings" of civilians. This expression was also used by Joe Biden, the US president.

Moscow, for its part, justified its invasion in Ukraine with a "genocide" against the Russian-speaking population at Donbass.

Friday's Kyiv demanded that the West provide more weapons. "Some partners refuse to give the weapons necessary for fear of escalation. Climbing, really? Russia has been using non-nuclear weapons to wreak havoc on people. [...] might give us Multi Rocket Launchers (MLRS)? Mykhailo Podoliak is a Ukrainian adviser.

John Kirby, the Pentagon spokesperson, did not confirm that such a project existed. This was a possibility raised by the American media.

1 Dieselgate: Volkswagen will pay PS193m for 91,000... 2 Human rights. Michelle Bachelet: Uyghurs: UN's... 3 "It's better to have a title as European... 4 Merignac: Nicolas Vanier, at the Merignac–cinema... 5 Motorsport: Royannais Hadrien David delivers his first... 6 Arcachon Bay: Olivier Robert won the Jumping des Sables... 7 Agenais: The Foliesvocaux is getting ready for the... 8 26 people are missing in Indonesia after the sinking... 9 The Peugeot 307 counter will never clock one million... 10 Promotions, fake reviews, canvassing: A stricter European... 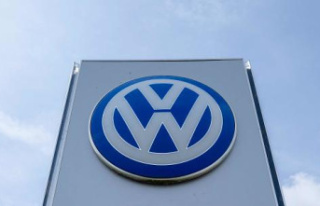