KYIV | Ukraine bid farewell on Tuesday to its first president, Leonid Kravchuk, who died at the age of 88 on May 10, in the midst of Russia's invasion of the country he had led to independence in 1991. 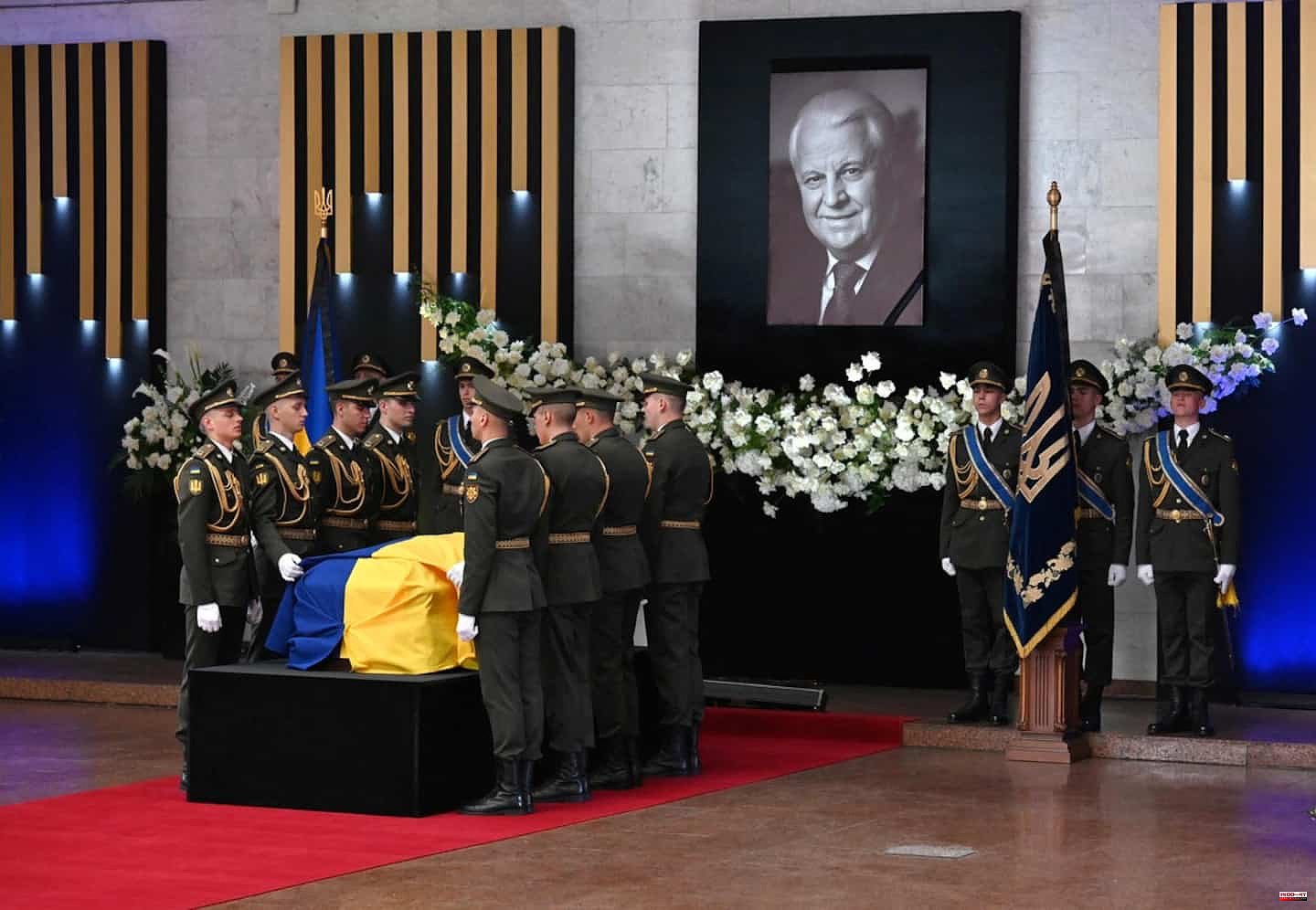 KYIV | Ukraine bid farewell on Tuesday to its first president, Leonid Kravchuk, who died at the age of 88 on May 10, in the midst of Russia's invasion of the country he had led to independence in 1991.

President Volodymyr Zelensky, looking very moved, in a black shirt with an open collar, accompanied by his wife, a black jacket over a black blouse, laid a small bouquet of white, pale pink and purple flowers near the coffin wrapped in the blue Ukrainian flag and yellow.

The presidential couple then gathered next to the coffin guarded by soldiers in ceremonial dress, rifle at the foot, and placed in front of a large photograph of the deceased, white mane, smirk.

Open to the public, it was organized in Ukraïnskiï Dim, or the House of Ukraine, in the center of Kyiv, a large circular concrete building very high and open to the sky through discreet stained glass windows.

"He was behind the creation of the Ukrainian state," Leonid Kuchma, Ukraine's second president, told reporters, minutes after saluting his predecessor for the last time.

“We had worked with him for many years. We got along well. We had not declared our love to each other but we helped each other whenever possible,” said Mr. Kuchma, who was Leonid Kravchuk’s prime minister in 1992-1993 but then defeated him in the 1994 presidential election.

"An entire era is leaving us," said another former Ukrainian president, Petro Poroshenko, as dozens of people lined up, bouquets in hand, to pay tribute to the first leader of independent Ukraine.

In August 1991, the then leader of the Ukrainian Soviet Socialist Republic succeeded in a few days in persuading the Communist majority in Parliament to proclaim the independence of Ukraine.

A few months later, Leonid Kravchuk was easily elected in the first round as president of independent Ukraine, playing the card of compromise between the communists and the nationalists and earning on this occasion a nickname, "Clever Fox".

Then, on December 8, 1991, he initialed with his counterparts from Soviet Russia and Belarus, Boris Yeltsin and Stanislav Chouchkevich, a treaty organizing the dissolution of the USSR, signing the death warrant of the Soviet empire.

Born in 1934 into a peasant family in the Rivne region, then in Polish territory, he had until then patiently risen to the top of the Soviet hierarchy, thanks to a long career as a bureaucrat.

The victory in the Ukrainian presidential election of Leonid Kravchuk, deeply linked to the communist system, is however considered by many as a missed chance for Ukraine. That, in particular, of following the Baltic States or Poland on the path to European integration and economic development.

Independent Ukraine finds itself under pressure from Moscow and Washington. Fearing a potential catastrophe, the two powers force kyiv to return its nuclear weapons inherited from the USSR.

Leonid Kravtchouk will be elected deputy after his presidency and will continue a political career without much brilliance until 2006.

He will make a brief return to the political scene in 2020, accepting President Volodymyr Zelensky's offer to become one of the Ukrainian negotiators in talks with Russia on the settlement of the conflict in the east of the country.

He was buried in the afternoon in the presence of his only relatives at the Baikové cemetery in the south of kyiv, where many personalities are buried.

1 Elancourt: an Olympic torch relay by bike will start... 2 The sports federations regret "the lack of dialogue"... 3 The Madrid metro stations where they give away free... 4 Three shootings in 24 hours: wanted for four months,... 5 Official Roland-Garros store: t-shirts, accessories...... 6 The technical control of two-wheelers must be in place... 7 Apex Legends mobile: an exclusive legend? All about... 8 A Simons store will open in the Maritimes 9 Pablo Laso: "I would like the experience to weigh... 10 WPT Next is born, a regional category resulting from... 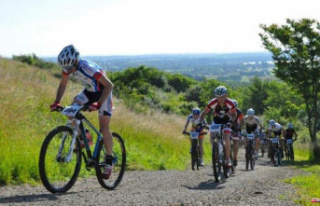 Elancourt: an Olympic torch relay by bike will start...