The head of the Lugansk Regional Military Administration, Sergei Gaidai, reported Monday that a French journalist has died as a result of an attack by Russian troops in Severodonetsk, a city in the Donbass region, in the east of the country. 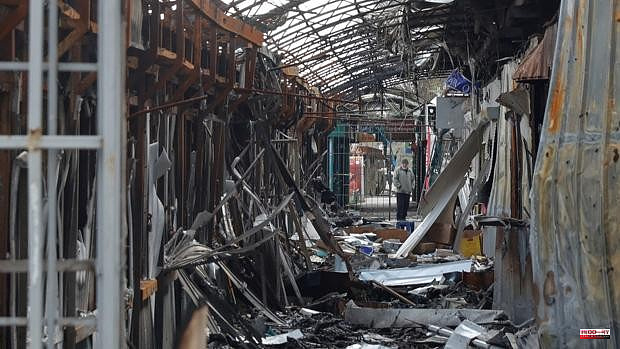 The head of the Lugansk Regional Military Administration, Sergei Gaidai, reported Monday that a French journalist has died as a result of an attack by Russian troops in Severodonetsk, a city in the Donbass region, in the east of the country. The journalist, who has been identified as Frédéric Leclerc-Imhoff, worked for the French network BFM-TV and was inside a vehicle that "was preparing to evacuate a dozen people in an area that has come under enemy fire." », As explained by Gaidai in a statement released through his Telegram account.

Thus, he explained that Leclerc-Imhoff suffered a fatal neck injury after several projectiles and shrapnel hit the vehicle in question.

"Our condolences to the family, friends and colleagues of Frederic Leclerc-Imhoff," he said.

After confirming the identity of the journalist, the President of France, Emmanuel Macron, has written a message of condolence on the networks, lamenting his death and praising the work of the reporters who cover the conflict. «Journalist, Frédéric Leclerc-Imhoff was in Ukraine to show the reality of the war. On board a humanitarian bus, alongside civilians ready to flee to escape Russian bombs, he was fatally attacked».

The journalist's death occurred on the same day that the French Foreign Minister, Catherine Colonna, traveled to Ukraine and stressed that her country "will do everything possible to achieve peace", after becoming the most senior French official level in traveling to the European country since the beginning of the Russian offensive, unleashed on February 24.

"In Ukraine, to underline France's support for the Ukrainian people," said Colonna through a brief message on his official account on the social network Twitter, where he also published a photograph of himself at the train station in the Ukrainian capital. , Kyiv. After that, he traveled to the city of Bucha, located on the outskirts of kyiv, from where he stated that "this must not start again" and reiterated France's support for "his friends and allies", according to what he has collected. the newspaper 'Le Figaro'.

1 China: It blurs the anti Covid rules, thousands of... 2 "My life with multiple Sclerosis": The app... 3 Roland-Garros: Ruud, the Hurkacz winner, qualified... 4 Olivier Cortale continues the adventure at Boulazac... 5 Dordogne: First water restriction measures 6 Video. Pyrenees: Nere, an old bear in the 25-year-old... 7 Drome. Climbing accident: A 19-year old man was evacuated... 8 Dordogne: Aerobatics and sculpture at the Lamoura... 9 La Rochelle: 90 Years of Flying Club History in One... 10 The political significance of the Stade de France... 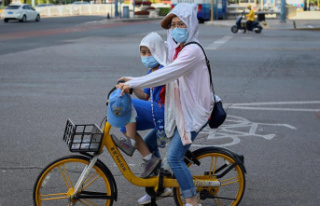 China: It blurs the anti Covid rules, thousands of...