Millions of people around the world who think of Elizabeth II (1926-2022) see the real Queen in their mind's eye, but also think of actresses like Helen Mirren or Olivia Colman. 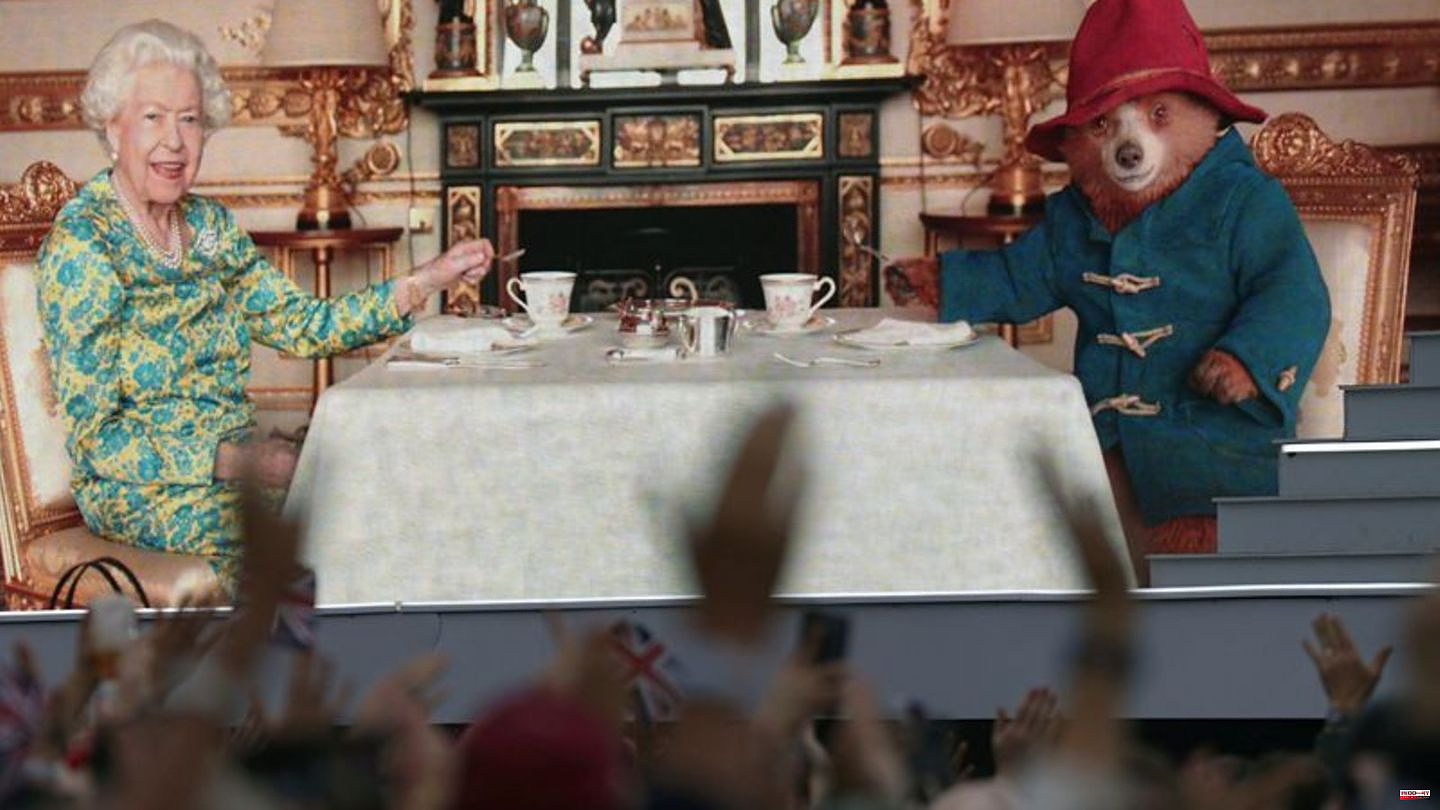 Millions of people around the world who think of Elizabeth II (1926-2022) see the real Queen in their mind's eye, but also think of actresses like Helen Mirren or Olivia Colman. The queen has also played a role in pop and rock music for decades, and one of the most famous rock bands even bears the name Queen.

Olivia Colman and Claire Foy have portrayed Elizabeth II in the Netflix series The Crown, and Emma Thompson did it in the BBC short film Walking the Dogs (2012). Stella Gonet played the Queen in the Diana film Spencer (2021), Sarah Gadon in the youth film A Royal Night (2015) and Helen Mirren in the acclaimed drama The Queen (2006).

What Elizabeth II thought of the numerous productions in which she fictionally starred, including the much-publicized Netflix saga The Crown, has never been made public as the Queen has always maintained her composure and etiquette.

The Queen herself has surprised in recent years with appearances in small films, for example with "007" Daniel Craig at the 2012 Olympics in London or just this year with Paddington Bear on her 70th anniversary of the throne. According to sketch writer Frank Cottrell-Boyce, the Queen had fun filming these comedy clips. "She volunteered for the opening ceremony of the Olympics. We didn't think she would want that," Cottrell-Boyce told the BBC. She even asked if she could say something. That was actually not intended at all. At that time she performed with "James Bond" actor Craig. In the 2022 sketch, in which she exchanged ideas with Paddington Bear about emergency jam sandwiches, she "acted properly". "She really enjoyed it."

Series fans are eagerly awaiting Imelda Staunton, who will play the queen from the fifth season of the Netflix series "The Crown". The new episodes of the series, which has won the real Queen a global fan audience with its delicate portrayal of the Queen's life, are set to be available in November. The upcoming season is probably about the early 1990s, in which the relationship between Prince Charles and Lady Diana continued to deteriorate.

Staunton, 66, follows Olivia Colman, 48, and Claire Foy, 38, who played the Queen when she was younger. The series has been around for six years. The ten-part seasons were released in 2016, 2017, 2019 and 2020. Season six is ​​currently being filmed, which will probably be the last. Screenwriter Peter Morgan describes the series as a "love letter to the Queen". At the moment he has "only silence and respect" for the Queen, he said after her death.

The Queen even stood in front of the camera with James Bond. When asked to star in a short film to open the London 2012 Olympics, she is said to have been thrilled. Instead of greeting agent actor Daniel Craig with the words "Good evening, James", the Queen probably thought the phrase "Good evening, Mr Bond" was "more authentic". In the film by star director Danny Boyle, Bond picks up the queen. Together with 007, she then apparently jumps out of the helicopter by parachute and lands at the opening ceremony in London's Olympic Stadium.

Longtime Bond actor Craig was "deeply saddened" by the Queen's death: "My thoughts are with the royal family, those who loved her and all those who loved her," said the 54-year-old British news agency PA. "She leaves an unparalleled legacy and will be greatly missed." The Bond producers also paid tribute to the Queen, whose portrait featured in the 007 films, on Twitter.

As a surprise start to the Queen's jubilee concert at Buckingham Palace in London, a feature film was released in the summer of 2022, in which the little bear Paddington is a guest of the Queen. "Tea?" the queen asks the bear, and Paddington slurps from the pot - nothing is left for his hostess. "It doesn't matter," she says, before the clumsy film character squirts icing through the noble rooms of the palace. Then the bear gets serious: "Happy anniversary, Ma'am," he congratulates the Queen on her 70th birthday. "And thanks for everything."

As always, the Queen maintains composure: "That's very friendly," she replies. By the way, it turns out that the bear always has a sandwich with jam in his hat - for emergencies. The Queen reveals that she always has one with her. "I've got mine in here," says the real Elizabeth II, pulling it out of her purse with a smile. The sequence with the Queen was filmed at her Windsor Castle residence, and the children's book character was computer-incorporated. After the death of the Queen, the official Twitter account "@paddingtonbear" said: "Thank you Ma'am, for everything."

In 2006, nine years after Princess Diana's fatal accident in Paris, Stephen Frears made a drama about a monarchy in crisis and the dramatic days after the death. The Queen is scripted by Peter Morgan, who later wrote the Netflix series The Crown about the Queen and her family. The story after Diana's accident is told from two perspectives. Once from the perspective of the Queen, on the other hand from the perspective of the newly elected Prime Minister Tony Blair.

"British Queen Elizabeth II arouses public displeasure with her attitude after the death of her daughter-in-law Princess Diana," wrote the "Lexikon des Internationales Films". "The film wants to make it possible to experience what is human behind the facade of the seemingly unapproachable regent, which it succeeds in doing, thanks to the fascinating leading actress." Helen Mirren won Best Actress at the 2007 Oscars.

In 1977, the notorious punk band Sex Pistols caused a scandal in Great Britain with their single "God Save The Queen". Not coincidentally, the song was released exactly a week before Queen Elizabeth II's silver jubilee. With lyrics like "God save the Queen!/The fascist regime!" or "God save the queen!/she is not a human being" provoked the Sex Pistols in a targeted manner. Even if frontman John Lydon aka Johnny Rotten and his bandmates didn't think too much of the monarchy - they didn't feel hatred. Rather, it was a targeted provocation for advertising purposes.

"Nobody should hate these people," Lydon confirmed in 2021 in an interview with the German Press Agency in London and protected the royals against hostilities. "They didn't ask to be born (into that role). Nobody did." Following the Queen's death, Lydon wrote on his band PiL's Instagram account: "Rest in Peace Queen Elizabeth II." He also published a 1977 portrait of the Queen that the Sex Pistols had partially defaced with lettering for the cover of their infamous single - this time there were no changes.

In 1986, the British band The Smiths, led by grumpy frontman Morrissey, titled a song "The Queen Is Dead". Morrissey wrote the song with the message clearly critical of monarchy together with guitarist Johnny Marr. In particular, the verse about "your head in a noose" and "it sounds like a wonderful thing" caused controversy. However, Morrissey pointed out that the "old queen" could also be himself. The Smiths split in 1987, but Morrissey and Marr were occasionally critical of the British monarchy afterward.

When Freddie Mercury suggested the band name Queen to his bandmates Brian May and Roger Taylor in 1970, the guitarist and drummer are said to have reacted skeptically. But the singer won her over with the name, which gave the group a great aura. It is unclear whether Mercury, who liked to wear a crown and royal mantle at Queen concerts, was directly inspired by Elizabeth II. But for their fourth studio album, Queen recorded a guitar-based instrumental version of the anthem "God Save The Queen." At the 50th Jubilee concert in 2002, Queen guitarist May even played the anthem on the roof of Buckingham Palace.

1 Leipzig preparation: Why BVB is not deterred by the... 2 Death of the Queen: Will the BVB game against Manchester... 3 King Charles III: Proclaimed King in front of cameras 4 After the death of the Queen: "The Crown"... 5 Energy crisis: Association of cities and municipalities... 6 Lower risk of fire for e-cars: Researchers are developing... 7 On World First Aid Day: FAST Method: How to recognize... 8 New King Charles III: banknotes, flags, stamps: what... 9 Russian troops are threatened with encirclement: According... 10 Parliamentary elections: Polls see political camps... 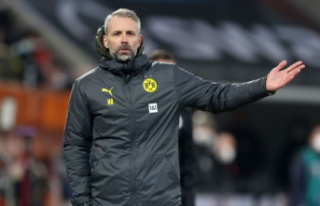 Leipzig preparation: Why BVB is not deterred by the...