This summer it will be two years since Juan Carlos I decided to establish his residence in Abu Dhabi. 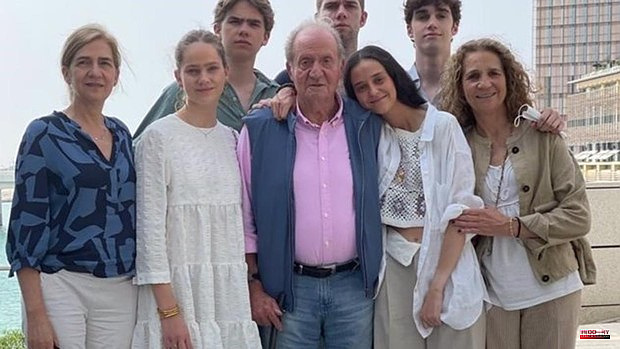 This summer it will be two years since Juan Carlos I decided to establish his residence in Abu Dhabi. After the filing by the Prosecutor of the causes for which the father of King Felipe was being investigated, at the beginning of last March the Casa del Rey released a statement announcing the decision of Don Juan Carlos to remain in Abu Dabi and not return permanently to Spain, but temporarily and always settling in private homes.

In the document, Felipe VI gave his agreement to the decisions that his father expressed in a letter dated March 5. Knowing the Decrees of the State Attorney General's Office,

by which the investigations to which I have been the object are archived, it seems opportune to consider my return to Spain, although not immediately. I prefer, at this time, for reasons that belong to my private sphere and that only affect me, to continue residing permanently and stable in Abu Dhabi, where I have found peace of mind, especially for this period of my life, "said Juan Carlos. I to his son.

Having expressed his intention not to reside continuously in Spain again, in recent months the news has not stopped happening that pointed to an imminent visit by Juan Carlos I that later did not take place. In these almost two years, however, a clear pattern has been repeated, which Juan Carlos I's own entourage communicated to this newspaper months ago, and that is that any decision that he may make and that directly affects the Crown, will be would previously transfer his son. The only thing that seemed clear was that the moment the King's father decided to set foot on Spanish soil, he would inform Felipe VI so that, immediately afterwards, the King's House would be in charge of informing the media about it. . And this is what has finally happened.

It is nothing new that the first visit of Juan Carlos I to Spain is going to create a lot of expectation, but after this trip the interest in the visits of Felipe VI's father to Spain will begin to wane. Waiting for that first photograph of him in Spain, the most recent graphic document of Juan Carlos I is from last April, when he himself published two photographs together with his daughters, the Infanta Elena and the Infanta Cristina, and some of the grandchildren of him. Some images with which he ended the rumors that placed him in Spain and with which he also made it known that he was spending the days of Holy Week with his family, thus showing an image of unity and closeness with his daughters.

Before this massive family visit, the Infanta Cristina spent a few days with her father in Abu Dhabi after hearing the news of her divorce from Iñaki Urdangarin at the beginning of February. On the same dates, a few days before, Carlos Herrera traveled there, who published a photograph with Juan Carlos I. "He is very well physically and mentally," said the journalist when he landed in Spain.

Although King Felipe's father could have remained in Spain for the entire duration of the judicial investigation because he was never charged, on August 3, 2020, after a "considered decision" he decided to leave Spain to settle in Abu Dhabi. At that time, it was also the King's House of Majesty that announced Juan Carlos I's decision to move out of Spain. He then stressed that he "always" wanted "the best for Spain and for the Crown."

Before leaving the country, the friendships that Don Juan Carlos forged over the years with the sheikhs of the Persian Gulf meant that he had several destinations to choose from. His close friend – and whom he always treated like a brother until his death in November 2020 – Jafila from Bahrain volunteered to host him. But King Philip's father chose to travel to the United Arab Emirates (UAE) and accepted the hospitality of the Crown Prince of Abu Dhabi, Mohamed bin Zayed.

He came to Abu Dhabi longing for a quiet and anonymous life and remains so today. There he is a very loved man, his intimates call him "Juanito" and, in addition, the crown prince gave clear instructions to his court when Juan Carlos I settled there. "He has prohibited talking about him in any context," a source close to Mohamed bin Zayeb explained to ABC, who reformed one of his personal residences so that Felipe VI's father felt at home.

The house is located in Al Bateen, a luxurious development full of high-rise hotels overlooking the gulf, where the crown prince also lives. A house with several rooms where his family and friends have stayed when they have come to visit him.

In Abu Dhabi, Juan Carlos I has had good friends during this time. Like the marriage formed by the businessman and artist Mohamed Kanoo and Huda Alkhamis Kanoo, promoter of the Abu Dhabi Music and Arts Festival, to whom he presented the medal of the Royal Order of Isabel the Catholic in 2016. His group of intimates is joined by the Sheikh Nahyan bin Mubarak, who was Minister of Culture. His son Mohamed bin Mubarak has also been very aware of Don Juan Carlos during all this time.

Throughout these almost two years, there have been periods – from February to December 2021, specifically – in which nothing has been heard from Juan Carlos I. On December 17, 2021, he reappeared in a public act in Abu Dhabi , when he attended a Rafa Nadal match against the British Andy Murray. Until then, the last time he was seen was in February when Cadena Cope published an image where he could be seen with the crown prince of Abu Dhabi, Mohamed bin Zayed and the president of Manchester City, Khaldoon Al Mubarak. The photograph was disseminated to deny a publication where it was stated that the state of health of Juan Carlos I was very serious.

1 Four minors arrested for the gang rape of a twelve-year-old... 2 They warn of an "avalanche of demands" if... 3 Zarzuela announces the return to Spain of Don Juan... 4 'Real possibility' of North Korean nuclear... 5 UN chief calls on Russia to free Ukrainian grain exports 6 US military reports reveal the serious errors of the... 7 An organization will crisscross the city with the... 8 Seven vehicles rush into a lamppost mowed down by... 9 Rufián responds to Sánchez that if the dialogue... 10 The European Parliament does not now approve Puigdemont's... 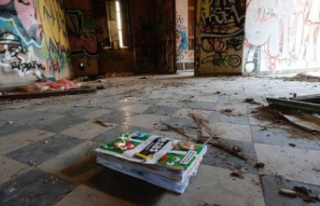 Four minors arrested for the gang rape of a twelve-year-old...