Coinciding with the one hundredth anniversary of the birth of Gabriel Ferrater, one of the most prominent figures in Catalan poetry and post-war Barcelona culture, two books deal with his personality. 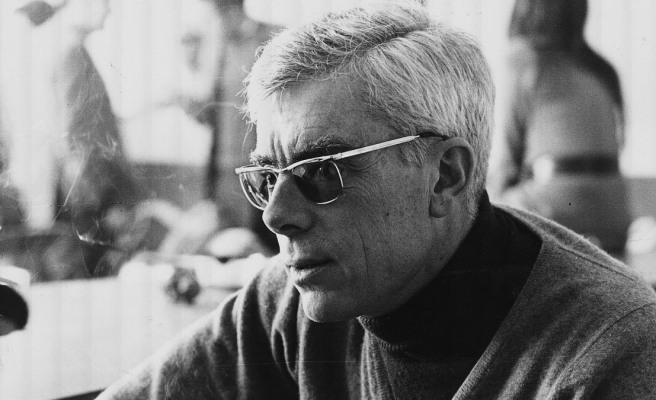 Coinciding with the one hundredth anniversary of the birth of Gabriel Ferrater, one of the most prominent figures in Catalan poetry and post-war Barcelona culture, two books deal with his personality. Jordi Amat places him in the context of politics and publishing life, in the golden years of Seix Barral, while Marina Porras underlines his disillusionment and independence from him.

Jordi Amat (Barcelona, ​​1978) continues his reading of twentieth-century Catalan culture, which began in 2007 with The Voices of Dialogue, on Poetry Encounters, and which he has developed in parallel from the point of view of political biography ( Ramon Trias Fargas, Josep Benet) and cultural history (The long process) with derivations to the recent past (The driver's son, on the iron head of Jordi Pujol, Alfons Quintà) and the current state of independence, from a confessed pamphletism ( The conspiracy of the irresponsible). Also with a lot of articles in this newspaper, where he has been a main contributor.

It has been the object of an intense recovery: from the texts on painting, edited by Jaume Vallcorba, to the contemporary Catalan literature course that Edicions 62 rescued from period recordings. His premature death and a collection of photographs in which Ferrater appears wearing dark glasses, a turtleneck sweater or striped shirt, jeans and sneakers, have contributed to fueling the myth. That he has a solid foundation: Ferrater is a privileged intelligence, a moral poet, a lonely man in a disastrous society and culture, and a tragic character. The publication in 1998 of 'El Gabriel Ferrater de Reus by Ramon Gomis shed new light on his life and his personality. Another clarifying book is the Àlbum Ferrater, published in 1994 by Jordi Cornudella and Núria Perpinyà.

Ferrater's biography does not contain great adventures or secrets: it is a literary biography that takes place between award juries, editorial meetings and gatherings of the protogauche divine of Carlos Barral and Jaime Gil de Biedma. It is curious to see to what extent Ferrater was an isolated man. Very few personalities from the cultural and political world cross paths: Carles Riba (Amat has chosen the poet's death in 1959 as the starting point for his biography), the Hellenist Eduard Valentí Fiol (author of a reference book El early Catalan modernism and its ideological foundations), the publisher Joan Petit, the philosopher and poet José María Valverde and a few others. Even more surprising is the prevention of contemporary art or the lack of interest in avant-garde cinema and theater.

Amat places him in the political context of the fifties and sixties, with some accurate brushstrokes on Laye magazine or on the influence of the communist party. Although on this occasion he gives the best of himself in the most literary passages when he explains –and interprets– Ferrater's ideas on Ausiàs March, Shakespeare or Josep Carner. The idea of ​​the moral machine arises, which is essential to understand Ferrater's position against the Civil War and the Franco regime. From Shakespeare he is interested in the idea of ​​a closed, suffocating, decomposing society and how the individual reacts to it. Ferrater maintains that it is not a subjective, modern, emotional reaction. Something that, in a way, can be applied to his own poetry.

One of the characteristic elements of Ferrater's work is that it is part of the moral decomposition of Spain (Carpetovetonia) and of Catalonia that he identifies with Catalanism (perhaps as a reaction against his father, of Acció Catalana). There is the hard core, controversial, of his personality, which he will continue to interest in the future. Ferrater interprets the Civil War regardless of the sides, as a great purulence. Amat, who feels more and more like a writer, and not just a biographer, endows his investigations with literary aplomb, especially in the structural aspect, with temporary inversions that allow him to highlight the sanctimoniousness of Tomàs Garcés or the relationship between literature and intimacy, regarding the relationship with Helena Valenti. A mainstream Ferrater with few edges.

Librarian, associate professor of Humanities at UPF and promoter of the renewal of Catalan criticism, Marina Porras (Rubí, 1991) has published a ninety-page essay that introduces the reader to the figure of Gabriel Ferrater, the preamble to an anthology of texts in prose in which, along with master classes and combat articles, there are two important letters and a selection of revealing interviews. Porras's biography is based on a parallel between Ferrater and Jay Gatsby: a vitalist unable to fit his dreams with reality. The parallelism takes as its starting point some observations by Ferrater himself about his frustrated dedication to the novel.

Porras offers a dramatic portrait, highly contrasted, of a sensitive boy who was ashamed of being sensitive and who drowned in himself any form of sentimentality. He highlights the importance of the war and the crimes of the rearguard in the formation of his character and explains that Ferrater was torn between two antagonistic ideas: waiting for the call of his fifth to join the battle of the Ebro and the conviction that he must not get involved in a war he had not manufactured.

In this sense, it coincides with a figure as un-Ferraterian as Palau i Fabre, who was struggling with the same duality. Although Porras admires and projects himself in Ferrater, he offers an uncompromising portrait of him: seductive, but uncompromising, contemptuous and vain. He insists on underlining the clarity of Ferrater's poetic and intellectual production, far removed from alcoholic prose, and circumscribes his alcoholism, perhaps underestimating it, to a social fact, which, with an anachronism, he describes as sortir de festa . There is another anachronism, when he says that there are videos of the Ferrater family or that Joan Ferraté considered herself a pederast because she liked young boys. For Ferraté's generation, pederast simply means homosexual, without any nuance.

It is a vigorous portrait with a critical view of the Barcelona school, to which Porras attributes part of Ferrater's misfortune based on observations by Joan Ferraté and the great Ramón Carnicer. Ferrater very soon acquired the habit of not treating the pa that is dona and sought his own path in a poetry intelligible as an essay and in the imaginary construction of the man in love.

1 ‘Muixerangas’ and ‘ball de bastons’ so as... 2 The workshop of the workshop 3 Teresita did not play the diva 4 A model of your land 5 The first sixty years of Edicions 62 6 Tow: "We are 7 8 The Mercat de les Flors claims the reflective circus... 9 The music that Teresa Berganza chose for her goodbye 10 A two-year-old boy dies run over by a motorcycle in... 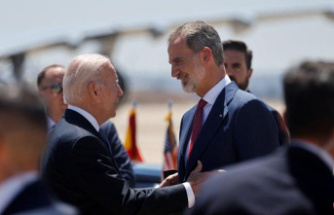 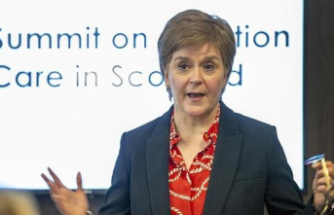 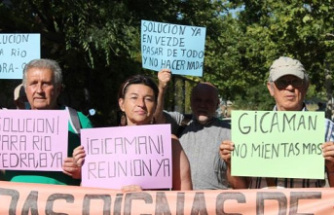 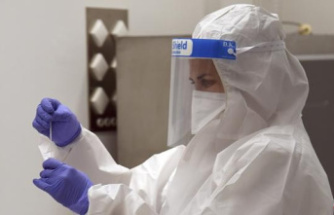 Seventh wave of Covid: cases skyrocket in Castilla y León with more than 7,500 infections in a week 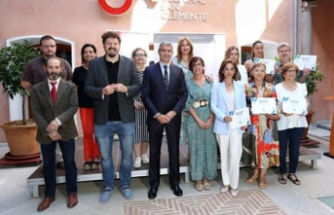 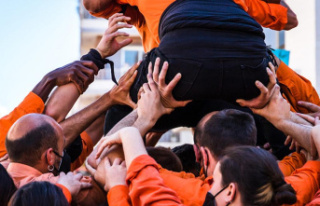