The National Court has prosecuted two employees of the Valencia Football Club for neglecting a twelve-year-old minor, who was active in the quarry, after contracting salmonellosis on a trip to Egypt to play in a championship between teams. 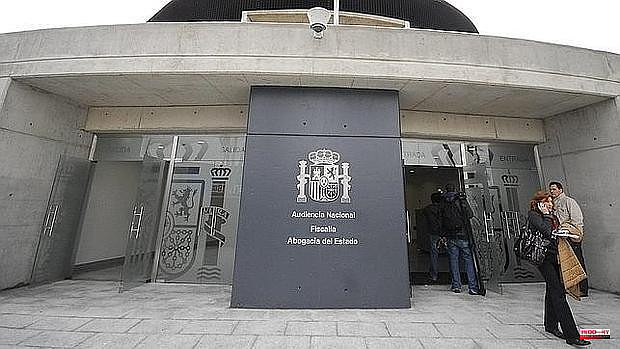 The National Court has prosecuted two employees of the Valencia Football Club for neglecting a twelve-year-old minor, who was active in the quarry, after contracting salmonellosis on a trip to Egypt to play in a championship between teams.

In the car, the head of the Central Court of Instruction Number 3 proposes to judge the technical director of the Valencia Academy as the head of the club during the trip to Egypt, as well as the ATS nurse for being the one who should provide health care to the members of the expedition, both accused of crimes of injuries due to serious recklessness.

According to the explanation of the magistrate María Tardón, the trip made from August 24 to 31, 2019 to the African country to participate in the Zed Clubs Cup, consisted of a trip in which the parents could not “interfere in the expedition” .

Days after arriving in Egypt, the youth squad told his parents via WhatsApp that he was sick and that he had woken up with vomiting, fever, diarrhea and severe stomach pain. Later, he explained to them that those responsible for the club had given him a medication, while the parents asked if they could see his son, to which they replied that "don't worry" and that they had already given him ibuprofen.

The next day, despite continuing his feeling of discomfort, those in charge of the 'che' entity forced him to train normally before the game, according to the judge's account, who points out that "after starting training he was not able to stand up, so he finally ended up lying on the bench.

At the end of the game, his parents went to the hotel and were alarmed to see the physical condition of their son, which, according to the car, "had deteriorated a lot." Thus, and after transferring their concern again to those responsible, the club again asked them not to worry.

However, that same day the club's physical trainer asked the parents to bring serum for their son. After going to the hotel with the medicine, they found the little boy "alone, lying in bed in his underwear very cold, uncovered and with the air conditioning on full blast."

“His clothes are all thrown on the floor along with towels, bottles of water. In the bathroom, several of her son's dirty underpants (due to diarrhoea) thrown on the floor (...) He is sick, he has dark circles under his eyes, he has lost weight, he still has diarrhoea, he has no strength and all he does is sleep, ”says the car.

The ATS of Valencia, however, maintained that it was "a simple diarrhea that passes after three days, that there are several children the same and others who are already recovering, so no medical attention is necessary and that this it would only serve to waste money, since it would cost 120 euros per child».

Despite offering to pay for the doctor and insisting on staying the night with his son, the club's toilet reminded parents that they are not allowed to stay in the same room as other players. Instead, the ATS provided them with their phone number in case there was a problem during the night.

After several days in which the player's situation worsened, the parents returned to the hotel. There, the technical director of the Valencia Academy accused them of "having skipped the line and the protocol for approaching the coaching staff and the hotel to see their son when it is prohibited, also reproaching them for being exaggerated" and that the child already "it was good".

Given the insistence of the parents to practice medical tests on the child, the Valencia employees rebuked them: "they are going out of line." In addition, they warned them of the consequences that his behavior may have for the minor within the team.

The relatives finally left the hotel "thinking that perhaps they were right and exaggerating", but above all to "avoid possible reprisals from Valencia CF, they sent several messages to those responsible asking them to apologize if they had been too concerned, but that they never they had seen their son like this, ”according to the magistrate.

They did not see their son again until the plane landed at the Manises airport after several stopovers. The little boy, "given his lack of strength, because he hadn't eaten or drunk anything for days, made the entire journey" to Valencia "in a wheelchair because he couldn't walk."

When they finally saw him walk out the door "literally held up and looking ghastly," his father scooped him up and rushed him to the car for immediate transport to a hospital.

The diagnosis expressed by the doctors of the Hospital de Manises to the parents of the minor was really forceful: "he is critical, he suffers from severe dehydration and kidney failure and must be taken urgently to Hospital La Fe." After being admitted, the doctors warned the family that the minor had sodium at 119, "which can cause brain damage, cardiac arrest, multiple organ failure and even death."

Faced with the child's abdominal pain, the health workers performed a CAT scan and an ultrasound, which reveals that he suffers from a perforation. After an emergency operation, the doctor explained that the ailment could be caused by a bacterium or by "ingesting certain medications such as Ibuprofen in large quantities, suspecting that it is surely this second possibility."

It was at that moment, to the ignorance of the parents, when their son informed the doctors that those responsible for Valencia "administered several doses of Ibuprofen (specifically 400 milliliters every 4 hours)".

The little boy remained hospitalized for three more months, until December of that same year, a period of time that served to undergo new controls. They revealed that he suffered from salmonellosis that was treated with different medications that caused a duodenal ulcer and esophagitis due to vomiting.

This story is what, explains the judge, leads to the case continuing its process through the channels of the abbreviated procedure against some Valencia employees. The parents, however, appealed this decision, considering the magistrate's decision insufficient.

The magistrate, however, rejected the parents' appeal, assuring that "it has not been shown that any of them, coach and administrative technician, respectively, can be attributed the adoption of any of the decisions related to the treatment of salmonellosis that the aforementioned minor suffered during his stay in Cairo'.

1 The King and 700 schoolchildren from Castilla y León... 2 The Court of Auditors maintains the procedure against... 3 The PP of Alicante describes as "barbarous"... 4 Watchdog says Afghan Taliban detaining, torturing... 5 Inflation does not loosen in the US: prices rise 8.6%... 6 Hungary is accused of discrimination in relation to... 7 Malaysia accepts the elimination of mandatory death... 8 The PP asks Iceta to explain if the rugged 'selfie'... 9 The IVAM Alcoi investigates the meanings of the contemporary... 10 'Carmina Burana' will fill the Plaza Mayor... 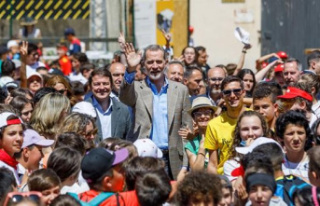 The King and 700 schoolchildren from Castilla y León...