Jack Dorsey, founder of Twitter, endorsed that Elon Musk bought the social network of the chirping bird and defended that, if the acquisition is closed, he lift the ban on former President Donald Trump, who was kicked out of this platform for his incitement to coup and the violence. 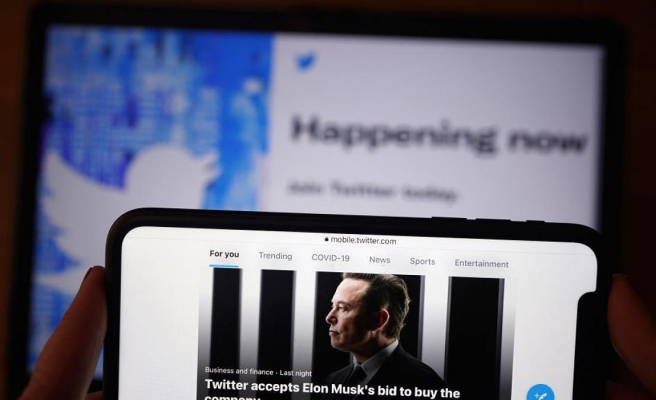 Jack Dorsey, founder of Twitter, endorsed that Elon Musk bought the social network of the chirping bird and defended that, if the acquisition is closed, he lift the ban on former President Donald Trump, who was kicked out of this platform for his incitement to coup and the violence. The approval of Dorsey, now an 'outsider', contrasts with his refusal to rejoin and with the criticism that is taking place within the company. Two of Twitter's top leaders have left the company, a sign of the executive shake-up that the leadership of the one who also owns Tesla and Space X will entail.

Bruce Falck, chief revenue officer, and Kayvon Seykpour, chief consumer officer, have said goodbye, according to an internal memo. The two were promoted to those positions last December. That month saw the replacement of Dorsey as head of Twitter, who was replaced by Parag Agrawal as chief executive.

In that document, Agrawal also reports that, as of this week, the hiring freeze comes into effect and that some job offers may be cancelled, although no layoffs are planned for now.

Jay Sullivan, previously interim director of consumer products, will replace the two who are leaving.

"I interrupt my paternity permission to share a news: I am leaving the company after more than seven years," he tweeted. Seykpour. "The truth is, this is not how and when I imagined leaving and it is not my decision. Parag asked me to leave after telling me that he wants the team to go in another direction," he added.

"Having the right leaders at the right time is critical," Agrawal wrote in that document. The company has been in an uproar since the deal was announced for Musk to take Twitter for more than 40 billion euros. The richest man in the world promised to privatize the company, at least for a while, and improve the product. In his comments, he has criticized some executives of the platform, especially for the way in which they have moderated insulting messages or that they only provide disinformation.

1 Boost to the social economy of the Baix Llobregat... 2 The new Hotel Marina Badalona opens its doors to the... 3 Russia cuts gas supply to Europe through Poland 4 The Port of Barcelona will develop an innovation hub 5 Zelensky meets with the leader of the US Republican... 6 Brussels ends the public aid framework applied during... 7 Unions ask for a salary increase of 8% in three years... 8 Consum increases its sales by 1.6% to 3,378 million... 9 Airef criticizes the government for not having a strategy... 10 Only 1.22% of those who live for rent will end up... 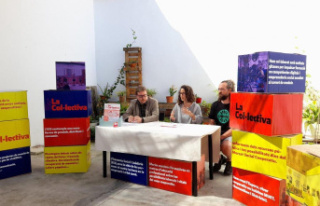 Boost to the social economy of the Baix Llobregat...