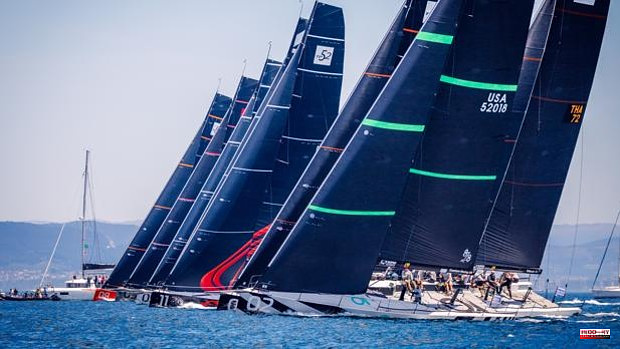 Quantum wants to enter the history of the Monte Real Club de Yates de Bayona by winning the first Rolex 52 Super Series Circuit event held in the Galician fjord. Yesterday, a new regatta triumph and that was not the most propitious day for him to do it because the wind did not exceed 8 knots of intensity.

His stubborn, the Platoon, was not up to the task despite the fact that in the first windward the leg was scored with a certain advantage over the Quantum, but in the stern, the Americans already made things clear. Only one sleeve disputed because for the second it did not give the intensity, so the Committee decided to send the staff home hoping that today would be a more propitious day.

In the only round disputed, the Gladiator was disqualified for having approached the Sled, which, on a port-starboard, ripped off the entire candlestick and had to retire. The Galdiator was sanctioned with three points and the Sled with three and a half points of repair.

Today, María Torrijo intends to give two starts and complete two sleeves to complete nine, so the swords are at their highest. The Principal Regatta Officer said at the end of the day: “It has been easier than I thought. The wind has always been the other way around: the first of the day was weaker and the second was good. Today I doubted at first whether to start at 2:00 p.m. or wait a bit thinking that the strongest wind could come, but my sixth sense told me: 'girl, start, put one in your pocket, we never know what it can happen', and indeed, I have been very lucky, because that regatta has been good. There were roles, but a little less than yesterday, and it wasn't very intense but enough to compete. For the second, it simply died: four different winds entered and it was very easy to decide to return to land. Tomorrow the southwest wind is expected and 14-15 knots early. We will start at 1:00 p.m. and we will try to do two heats”.

Pedro Mas, forward of the Interlodge: “The southern part of the course was very calm today and the calm was coming towards us, we saw it coming. Today we have had 8-9 knots, even a little more. From 7 knots we can sail. Each wind has its story: with more than 20 knots you have your problems and with less than ten you have your other problems. But we can adapt the boat to each condition: we have high and low wind mainsails, specific sails for each type of wind. The regatta field has been very complicated every day, the issue is to get out well and see the pressure quickly, before anyone else. Then there is the luck factor, that sometimes you go behind, you play it to one side and it hits you, and sometimes it doesn't. The key is to always start well and ride in the top three”.

1 Landa has one bullet left to go for the Giro 2 Klopp: "Madrid never loses a final, but the more... 3 The mind and preparation of an athlete 4 Towards the final battle for Donbass 5 Physical activity at work is a great benefit for your... 6 Champions League: Ceferin (UEFA) says that Benzema... 7 Rugby: Spain's appeal to be excluded from the... 8 Bordeaux: a conference on "happy rurality"... 9 Energy: Paris wants to keep the wind power deployment... 10 Villeneuvois: Malbentre kicks-off summer season with... 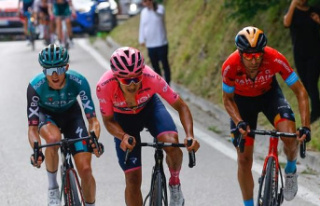 Landa has one bullet left to go for the Giro