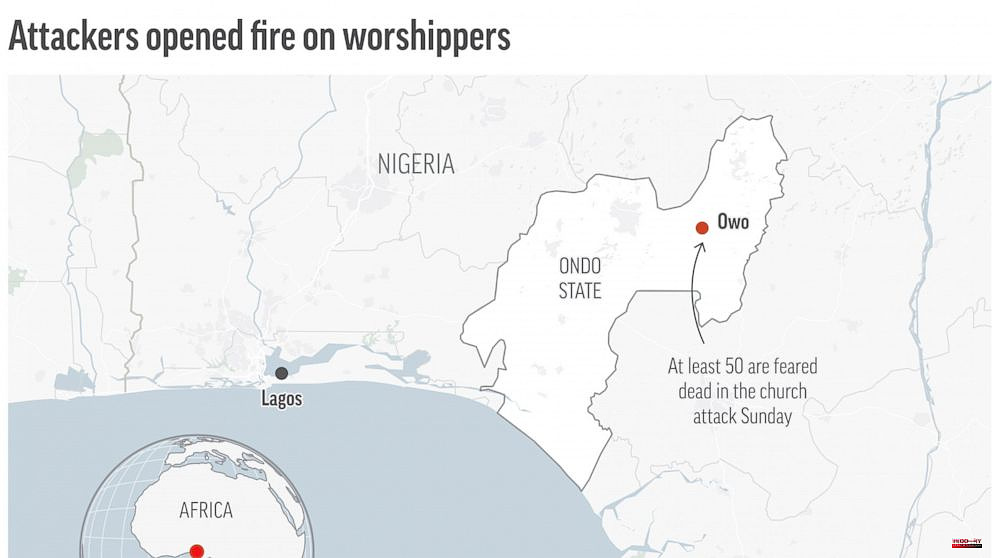 ABUJA. Nigeria -- Two infants were among 22 worshippers who were killed in an attack at a church in southwestern Nigeria, according to an emergency official. The attack shocked the West African nation. The official said Tuesday to The Associated Press.

According to Kadiri Olanrewaju (head of Nigeria's National Emergency Management Services, Ondo), the dead were taken to the morgue, while 50 people who sustained injuries at the St. Francis Catholic Church in Owo, Ondo, have still been treated in hospital.

It is unknown how many people were killed as some of them were taken home by relatives for private burials. Residents said this.

"It's only the people at the hospital morgue that you are giving me, not those in the church who were taken home for burial. Olanrewaju, an emergency response service official, said that he didn't have such a record.

Adelegbe Timileyin and Ogunmolasuyi Oluwole, who represent Owo in Owo at both the federal and state legislative houses, earlier told AP that over 50 people were killed in the attack.

Nigeria, Africa's largest country, is home to 206 million people. It has been struggling for over a decade with an Islamic extremist rebel group, Boko Haram, and its offshoot Islamic State West Africa Province, insurgents in the northeast. As separatists and pirates are blamed in attacks on the country's southern region, while militant groups regularly launch deadly attacks in its northwest, the country is now facing growing insecurity.

Ondo was considered one of Nigeria's most peaceful state before the attack on the church. Owo is now a small community of traders and government workers, 50 km (31 miles) away from Akure state capital.

Residents reported that schools and public gathering places were closed Tuesday, while many residents chose to stay at home.

According to a spokeswoman, the Ondo Police Command has yet not made any arrests or confirmed the identities the attackers. One spokesperson said that they were at least five.

Odunlami Funmilayo, a police spokesperson, stated that they could only confirm the explosives used. She also said that three undetonated IEDs (improvised explosion devices) were found at the scene.

The attackers opened fire just as the Pentecost Mass was about to end, said survivors.

Sunday Adewale, who works at the palace of the chief, said that there was no threat or warning and the place had been peaceful. "They looked for people's soft spots when people are relaxed."

1 Russia's Navalny loses appeal due to terrorist,... 2 The PP asks in Congress for credits to save the Imserso... 3 Hundreds of interim Basque civil servants could lose... 4 'El Borril' hosts the XII Meeting of Eco-schools... 5 The two electrical substations will connect ships... 6 The Queen highlights the "serene and bold"... 7 On the island of snakes 8 The Supreme Court will study whether the requirement... 9 El Corte Inglés adds new closures as part of its... 10 Puerto Sherry begins preparations for the Pedro Bores... 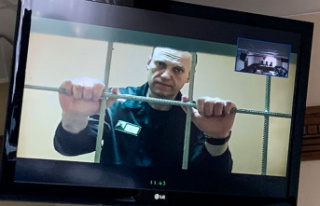