Two bankruptcies in one week: Zverev misses the final in the Eternal City

Alexander Zverev plays good tennis, but it's not enough for the final. 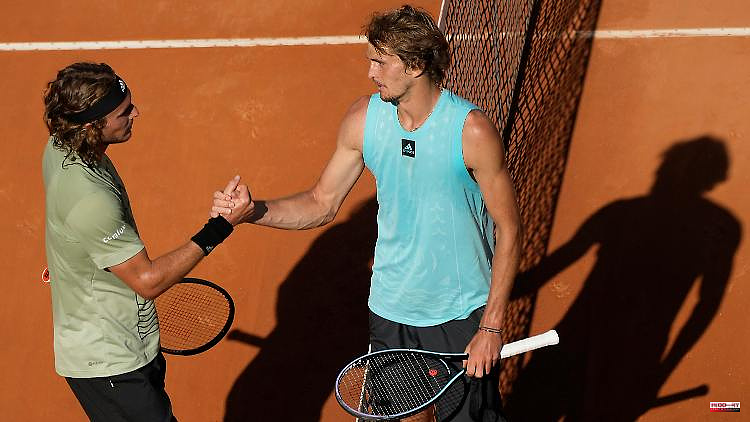 Alexander Zverev plays good tennis, but it's not enough for the final. After the final defeat in Madrid, the 25-year-old loses his semi-final in Rome. This time it's over against Stefanos Tsitsipas, but the Greek has to work hard for it.

Tennis Olympic champion Alexander Zverev missed entering the second Masters final within a week. The 25-year-old lost in the semi-finals in Rome after 2:30 hours of play against the Greek Stefanos Tsitsipas 6: 4, 3: 6, 3: 6 and is going to the second Grand Slam tournament of the season in Paris (from May 22).

"He didn't give me many opportunities," said the Greek after his triumph, "I had to work hard for every point." He was extremely proud of himself "that I gradually read the game better." World number five Tsitsipas meets Serbian Novak Djokovic or Norwegian Casper Ruud in the final of the Masters 1000 tournament in Italy on Sunday.

Exactly one week ago, in the semifinals in Madrid, Zverev celebrated his first win over Tsitsipas on clay, then lost significantly in the final to 19-year-old Spaniard Carlos Alcaraz. For Zverev it was the eighth defeat in the twelfth duel with Tsitsipas.

Before the start of the French Open, Zverev still gained self-confidence. The clay court season is going well with two semi-finals (Monte Carlo and Rome) and the final in Madrid - Zverev has only been waiting in vain for the first tournament win of the year. That should change in Roland Garros, but Zverev has not yet won a Grand Slam tournament.

The game started evenly, Zverev handed a break to win the first set. But right in his first service game in round two he made two double mistakes to break. Tsitsipas, for his part, now brought the lead to the finish. In the third set, the man from Hamburg lost his service twice, to make it 2:3 and to make it 2:3. 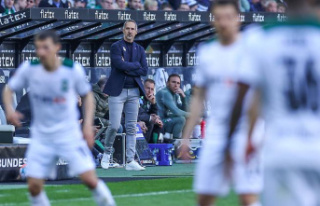 Despite a thumping victory at the end: Hütter and...