A photograph of a dead goat, almost a skeleton, and totally devoured by the jaws of the wolf, to show "the repeated attacks" by the canid that they are suffering in the municipality of Brañosera. 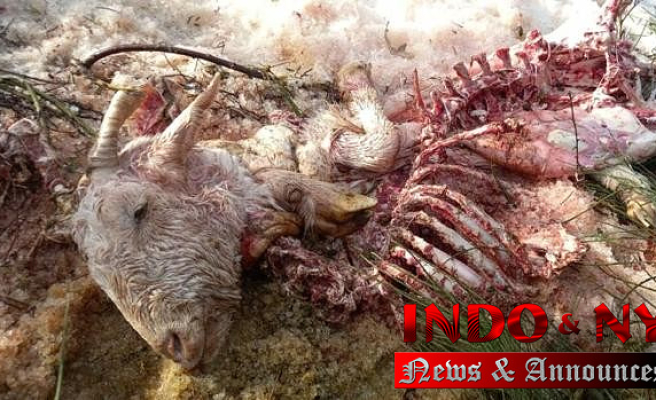 A photograph of a dead goat, almost a skeleton, and totally devoured by the jaws of the wolf, to show "the repeated attacks" by the canid that they are suffering in the municipality of Brañosera. It is the origin that has led Asaja Palencia to run out of her Twitter account. And it is that the social network has strictly applied its policy and has closed the profile of the agrarian organization by detecting in the image the bone remains with blood of the animal.

"You cannot share excessively graphic multimedia content (serious injuries, torture,...)" justifies Twitter to block the profile, to the surprise of Asaja Palencia, who defends the use of the social network recently acquired by Elon Musk to

"Keep members, sympathizers and the population in general informed of the news that we consider representative for the agricultural sector of the province of Palencia."

For now, she has been forced not to use this profile, according to Asaja Palencia, who has denounced the "censorship" applied by Twitter, a company she reminds that "many farmers are affected by wolf attacks" . And it is what she intended with that image, of a white mountain goat, an endangered species, who died attacked by the wolf at the end of 2021.

But it has not seen the light of day on the little bird's network, as it was banned by Twitter alleging that "exposure to free bloody scenes can be harmful, especially if the content is intended to cause delight in cruelty or for sadistic pleasure" .

A decision that has provoked Asaja's anger, who criticizes that "many are the media attacks suffered by livestock by people who are unaware of the problem, and who live very far from it", among those who point directly to the Minister of Ecological Transition and Demographic Challenge, Teresa Ribera, «champion of the defense of the proliferation of the wolf and, therefore, of the increase in attacks on domestic livestock».

Asaja defends that the fact of photographs of the animals that have been attacked by the wolf and have been injured or have died «has no relation to cruelty, except that which the wolf has towards the animals of the ranchers, nor with the sadism". “If we publish these photographs it is to make the problem known to society, the reality is that the wolf kills animals and hiding what is happening will not prevent the problem, it will simply leave a sector that we defend day by day against the wind in oblivion. and tide”, assures the agrarian organization.

1 Resines preaches to San Isidro, Berlanga and public... 2 The European Parliament will investigate Puigdemont's... 3 Pedro Morillo: art that sounds like music 4 Carmen Paris arrives at the Teatro de Rojas with 'In... 5 Medium danger of forest fires in Castilla y León... 6 Open war between Compromís and the Socialist Minister... 7 The Basque Parliament insists on the "sanitary... 8 Barcala asks NATO and the EU to redouble their diplomatic... 9 The Spanish Daniel del Valle Blanco becomes the youngest... 10 The Prosecutor's Office requests the filing of... 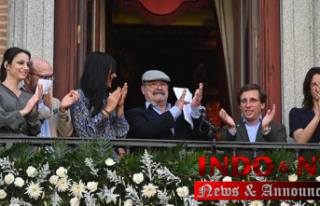