Alicia and Sanxenxo will vibrate again this weekend with the dispute of the third series of the 6 Meter Spanish Cup. 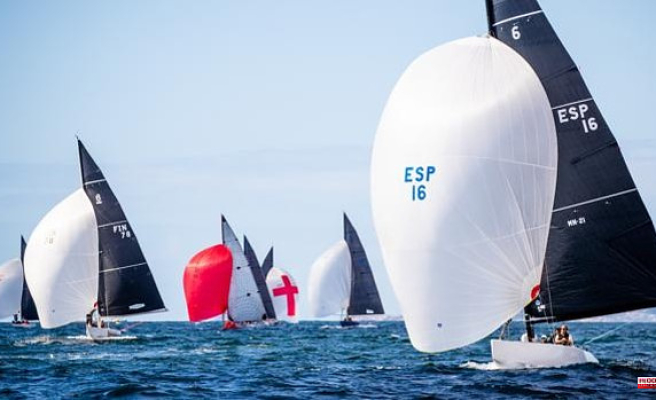 Alicia and Sanxenxo will vibrate again this weekend with the dispute of the third series of the 6 Meter Spanish Cup. The Viajes InterRías Trophy arrives on the calendar as one of the sporting preludes that will take place in the waters of the Pontevedra estuary in June, with the first dispute of the 7th Regatta Rey Juan Carlos - El Corte Inglés Master 2022 - fourth series of the Spanish Cup- and then, from June 13 to 18, the Xacobeo 6mR Worlds, the most desired and important event on the world calendar of the 6 Meter class.

Two divisions in the same class

As usual, the fleet will be divided into two divisions: the Classics -with the units built before 1970 and participating in four editions of the Olympic Games between 1908 and 1952- and the Open, in the Hotel Carlos I Silgar division, with the boats designed and built after 1970 already with the latest generation materials such as carbon fibers and titanium.

Among those registered for the Viajes InterRías Trophy are many of the main favorites for the World Cup. Thus, in the classic division the “Bribon 500” will participate, owned by the Catalan owner José Cusí, who has skippered Pedro Campos for the last two years and who this weekend could skipper King Don Juan Carlos again. Those from the Real Club Náutico de Sanxenxo will monitor the progress of teams such as Alicia Freire's “Titia”, Ted Schauman's “Lisbeth V” from Finland, Louis Heckly's “Dix Août” from France, Iñigo Echenique's “Caprice” or the “Alibaba II” by Miguel Lago, among others.

Among the Open, in the Hotel Carlos I Silgar division, the Swiss "Sophie II" will try to maintain the dominance shown in the previous series in April in the Xacobeo Trophy, where he was able to withstand the pressure of two great favorites like the Portuguese " Seljm” by Patrick Monteiro de Barros –bronze in the European past-, the Swedish “Filippa” by Richard Göransson or the Spanish “Stella” by Violeta Álvarez.

Starting at 3:00 p.m. on Friday, the Regatta Committee, chaired by Marine native Jano Martín, will give the start of the first test of the six scheduled for this weekend. On Saturday the tests will begin at 1:00 p.m. while on Sunday 22, the last day of the InterRías Travel Trophy, the starting horn will sound from 12:30 p.m. The deadline to start a test this last day is 3:30 p.m.

1 New black session on Wall Street, one of the worst... 2 Lightning: the attractions of a champion team 3 CFL: Players in Alberta to join strike Thursday 4 The Cutty Sark Spirit of Adventure returns to Palamós 5 France team: Giroud and Pogba alone absent from a... 6 Athletic creates the first supporters' club in... 7 Inflation: the opposition is getting impatient in... 8 A driver in critical condition after a serious accident... 9 Provincial elections: a battle of environmentalists... 10 Criticism of 'Mama Mou Comes Home' (2021):... 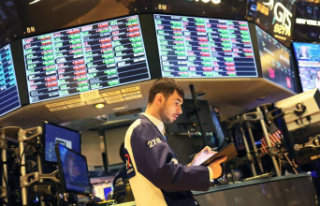 New black session on Wall Street, one of the worst...