A total of 12 people, between 29 and 45 years old, have been arrested within the 'Dalid' operation, accused of a crime against public health in the form of drug trafficking and another of belonging to a criminal organization. 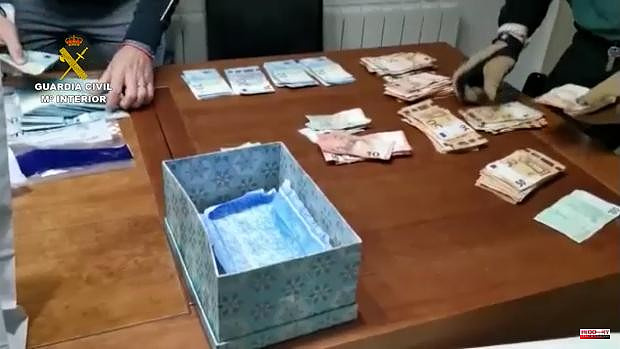 A total of 12 people, between 29 and 45 years old, have been arrested within the 'Dalid' operation, accused of a crime against public health in the form of drug trafficking and another of belonging to a criminal organization. This action has made it possible to remove 28,000 doses of adulterated drugs from the market.

The investigations began in October of last year, when the Albacete Civil Guard became aware of the existence of a drug sales point in the town of Aguas Nuevas.

During the operation, it was possible to determine the structure of the organization, with two leaders of Colombian nationality, who imported the drug from their country of origin, making it reach the intermediaries, in charge of adulterating it, to distribute it to the rest of those involved, who introduced it into several provinces, including Albacete.

As detailed in a press conference by the sub-delegate of the Government, Miguel Juan Espinosa, in the records 1,200 grams of cocaine, hashish, 1,300 grams of marijuana, half a kilo of substances to adulterate the drug, seven vehicles, a motorcycle and almost 30,000 euros in cash, which has made it possible to "remove 28,000 doses of adulterated drugs from the market," he celebrated.

In total, eight searches were carried out in Albacete capital, Aguas Nuevas, La Roda, Getafe and Algeciras, finding narcotic substances in all of them.

“This has been thanks to the perfectly coordinated work of the Civil Guard teams, which have managed to seize drugs from all those under investigation,” Espinosa assured.

For his part, the lieutenant colonel of the Civil Guard of Albacete, Jesús Manuel Rodrigo, has highlighted the proximity of one of these points with respect to a teaching center, as well as the difficulty in entering some of the homes, since they had armored doors.

"It was an establishment open to the public, located in the vicinity of an educational center, where all kinds of people came to buy," he said.

Lastly, the sub-delegate wanted to thank the more than one hundred agents of the Territorial Team and the different Judicial Police units of Albacete, the Madrid Reserve and Security Group and the Citizen Security Units and dog handlers of the police for their efforts and dedication. commands of Albacete, Algeciras, Cuenca, Madrid and Toledo.

1 Toledo and Cuenca dispute the grand finale of 'I... 2 These are the requirements to enter NATO and some... 3 World Padel Tour hopes to break all its records in... 4 Demonstration of SOS Talavera on June 12 to request... 5 They investigate two people after intervening a marijuana... 6 À Punt will stream the galas of the Alicante Film... 7 Russia considers peace talks with Ukraine broken 8 Russia announces its withdrawal from the Council of... 9 The price of electricity falls 2.25% this Wednesday,... 10 The GDP of the eurozone rebounded 0.3% in the first... 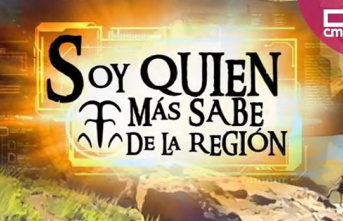 Toledo and Cuenca dispute the grand finale of 'I...