A former star surgeon on TV sets, an anti-abortion columnist born from rape, a 2. 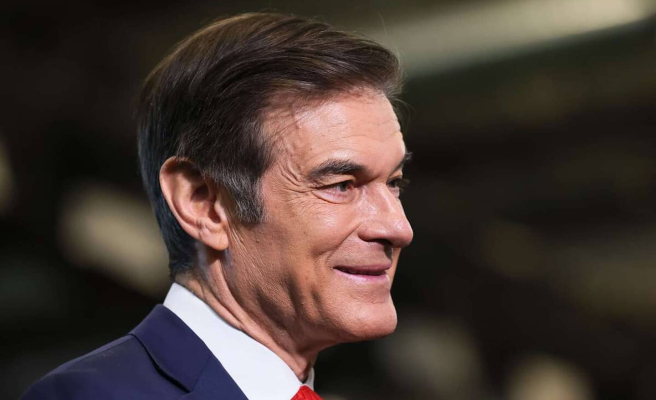 A former star surgeon on TV sets, an anti-abortion columnist born from rape, a 2.05-meter ex-mayor who never gets rid of his hooded shorts-sweater uniform: America is captive on Tuesday for a primary election in Pennsylvania, at the colorful portrait gallery.

• Read also: Washington lifts a series of restrictions on Cuba

• Read also: Relief from US sanctions: Cuba welcomes “a small step in the right direction”

Mehmet Oz, superstar surgeon long at the helm of a hugely popular daily medical show, is leading a hotly contested race to clinch the Republican nomination for senatorial elections in the northeastern US state.

The support of Donald Trump, who still reigns supreme over the “Grand Old Party”, was decisive in allowing “Dr. Oz” to overtake his nearest rival in the polls, a former Treasury official.

But this race was recently shaken by the breakthrough of a third candidate, the political columnist Kathy Barnette, with a singular personal story: this black fifties is only 12 years apart from her mother, victim of a rape at age 11.

Kathy Barnette has been campaigning for several years against exceptions to the ban on abortion in cases of rape. In this case, "I would never have been born," she argues.

An argument that resonated with many voters the day after the extraordinary leak of a draft Supreme Court decision, according to which the highest American court was preparing to cancel the right to abortion.

In recent days, her rivals have tried to discredit the candidate, unearthing many of her old statements or tweets, qualified as Islamophobic or homophobic.

“Things have evolved so quickly over the past ten days that it is difficult to predict a winner,” analysis with AFP Donna Patterson, director of the department of political science at Delaware State University.

In shorts in the snow

The Republican chosen by the voters of Pennsylvania, a state known as much for its large urban centers like Philadelphia or Pittsburgh as for its declining industries, will face the colt of the Democratic Party in November, which also holds its primary on Tuesday.

The outcome of this election will determine whether or not US President Joe Biden retains control of the upper house of the US Congress for the next two years.

Leading the race on the Democratic side, another candidate with an atypical look and profile, John Fetterman.

This bald colossus – 2.05 meters – who campaigns for the legalization of cannabis and the development of unions, never takes off his shorts and his hoodie, even to receive President Joe Biden in his state under heavy snow.

A graduate of Harvard, for thirteen years he was mayor of a town that suffered from deindustrialization and tattooed on his arms the dates of five murders that mourned his city.

John Fetterman, 52, has long had a very comfortable lead in the polls over his Democratic rival, the elected Conor Lamb. So much so that the stroke he suffered in the last days of the campaign should not a priori affect his chances of victory.

1 Girmay makes history by being the first black African... 2 The booster dose of anti-COVID vaccine authorized... 3 Tehran confirms the arrest of two Frenchmen in Iran 4 Northern Ireland: London intends to unilaterally modify... 5 Giro: Girmay wins the stage and goes to the hospital... 6 On trial for trying to kill her husband with a pot... 7 Hello. The Church in Ready and Alba opens its doors... 8 Last minute of covid in Castilla-La Mancha: 24 deaths... 9 Josu Ternera will sit on the bench in 2024 for the... 10 Historic visit: the Supreme Court will sit in Quebec 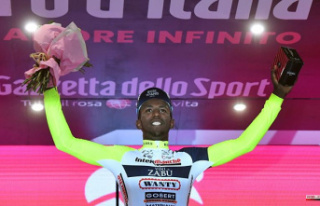 Girmay makes history by being the first black African...