Happy New Year: Billions of people all over the world welcomed the year 2023. 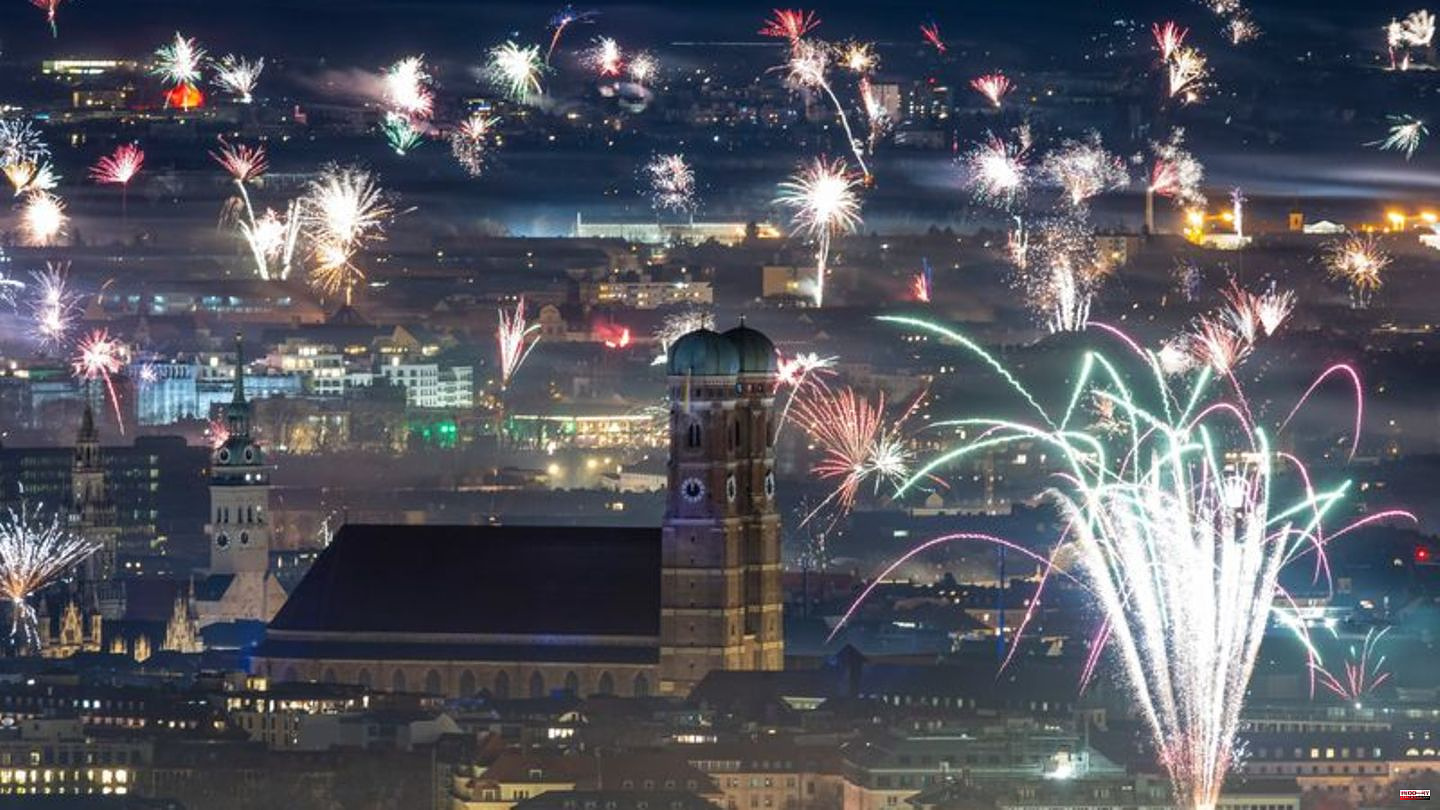 Happy New Year: Billions of people all over the world welcomed the year 2023. In Germany, too, there were big fireworks again this time after the pandemic-related sales bans of previous years. In unusually mild weather with double-digit temperatures in many places, people hugged each other to wish each other a Happy New Year. However, the fire brigade and police also had a lot to do. Rescue workers had to deal with, among other things, limbs that had been blown off and fatal accidents while handling fireworks.

On the stage of the ZDF New Year's Eve party at the Brandenburg Gate in Berlin, singer Sasha and colleague Aura Dione started the New Year's classic "Auld Lang Syne" at midnight. Numerous tourists danced and celebrated together with residents of the capital. The Scorpions had previously played their classic "Wind of Change". The celebration was much smaller than in previous years. The approximately 2,500 tickets for the show were all sold out, but according to the police, only around 1,300 people came in the end, who swayed and clapped peacefully and exuberantly to the sound of DJ Bobo, Sasha and Laurell for hours.

Party at the Brandenburg Gate

Long before midnight, the music was drowned out by countless firecrackers and rockets fired on the Straße des 17. Juni behind the Brandenburg Gate. There shouldn't be any official fireworks there this year. But thousands of people who couldn't make it to the cordoned-off area in front of the gate had brought their own rockets - and their own party - with them. There were always incidents and conflicts with emergency services, said a police spokesman.

Elsewhere, too, the lifting of the corona restrictions was clearly noticeable. Clubs and discotheques were open again this year. This is probably one of the reasons why many tourists flocked to the capital at the turn of the year, according to the official travel portal Visit Berlin. Hotels reported 80 to 90 percent occupancy.

The fire brigade and police had a lot more work to do this year. The number of attacks on emergency services has increased significantly compared to the time before the pandemic began, said a police spokesman in Berlin. On Twitter, the police informed about their operations every minute. The officials moved out, among other things, because of brawls, shots from alarm pistols and firecrackers and rockets thrown at passers-by, buildings and officials. In view of the chaos on some streets and sidewalks, quite a few Berliners prefer not to venture into the fray.

Unlike in the past two years, when there was a ban on the sale of fireworks that could cause injury due to the pandemic and to relieve hospitals, this time firecrackers were available to buy again before New Year's Eve. Therefore, more emergencies were expected.

After an accident with pyrotechnics: 17-year-old dies

In Leipzig, a 17-year-old was so badly injured when using pyrotechnics that he later died in hospital. The police ruled out third-party fault, but initially could not provide any further information on the incident. In Friemar, Thuringia, a 42-year-old was so badly injured while handling firecrackers ordered online that, according to the police, both forearms had to be amputated. In Schleiz-Crispendorf, which is also in Thuringia, an illegal ball bomb exploded when it was lit and tore off the hand of a 21-year-old.

In Saxony-Anhalt, a drunk driver hit a man with his car who was lighting fireworks on the street. The 42-year-old was thrown several meters across the road and died at the scene of the accident in Schönebeck (Elbe). In Baden-Württemberg, a 39-year-old was seriously injured by a self-ignited firecracker that hit the right side of his face.

The extremely mild weather on New Year's Eve this time also drew people who were sensitive to the cold outside. Even at night, double-digit values ​​were still reached in many places, after the German Weather Service had even measured 20 degrees and more in four places during the day. The highest value was reached around 2 p.m. with 20.8 degrees in Wielenbach in Upper Bavaria. Up to 20 degrees are also expected in the southwest on New Year's Day.

In Düsseldorf, the police moved out on New Year's Eve because of "various rioters and people hitting themselves". According to a dpa reporter, Düsseldorf's old town was "crammed full", but the emergency services had to do throughout the city. There were no reports of injuries until early morning.

Hundreds of people greeted the New Year on the banks of the Main in Frankfurt am Main. At 11 p.m., the police blocked the "Eiserner Steg" pedestrian bridge, where many revelers traditionally watch the New Year's Eve fireworks in front of the Frankfurt skyline. "It would just be too dangerous to let more people onto the bridge," said a police spokesman.

A million onlookers on the Champs-Élysées

There was also a lot going on in the capitals of other countries: in Paris, around a million onlookers celebrated the turn of the year with a large fireworks display on the Champs-Élysées, as reported by the broadcaster BFMTV, citing the police. Actually, only 400,000 to 600,000 visitors were expected on the Paris boulevard. In London, more than 100,000 people saw the gigantic fireworks on the London Eye Ferris wheel after Big Ben had rung in the New Year at midnight with twelve bells. In memory of the Queen who died in September, Elizabeth II's profile was photographed with drones in the night sky over the British capital.

In other countries, partygoers had to wait a little longer. In the Brazilian beach metropolis of Rio de Janeiro, there was a twelve-minute fireworks display at 4:00 a.m. German time, which was fired from ten rafts in front of the Copacabana beach. The organizers had previously expected around two million visitors, including many tourists. Two hours later, for the first time since the beginning of the pandemic, the traditional "Ball Drop" was celebrated in New York's Times Square in front of the usual large crowd with tens of thousands of visitors and a rain of confetti, in which a glowing crystal ball slides down a flagpole at midnight.

The residents of the South Sea island of Kiritimati were the first in the world to start the new year on Saturday at 11 a.m. German time. Samoa, which abolished daylight saving time this year, followed for the first time an hour later - at the same time as New Zealand and Tonga. At 2:00 p.m. German time, the traditional giant fireworks were ignited in Sydney, Australia, at the turn of the year. Later, there was also a colorful sky spectacle at the Burj Khalifa in Dubai, the tallest building in the world. 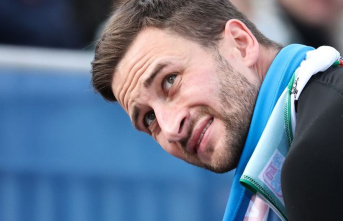