Tsitsipas in two stages: "I refuse to give up"

“I have to work hard in life. 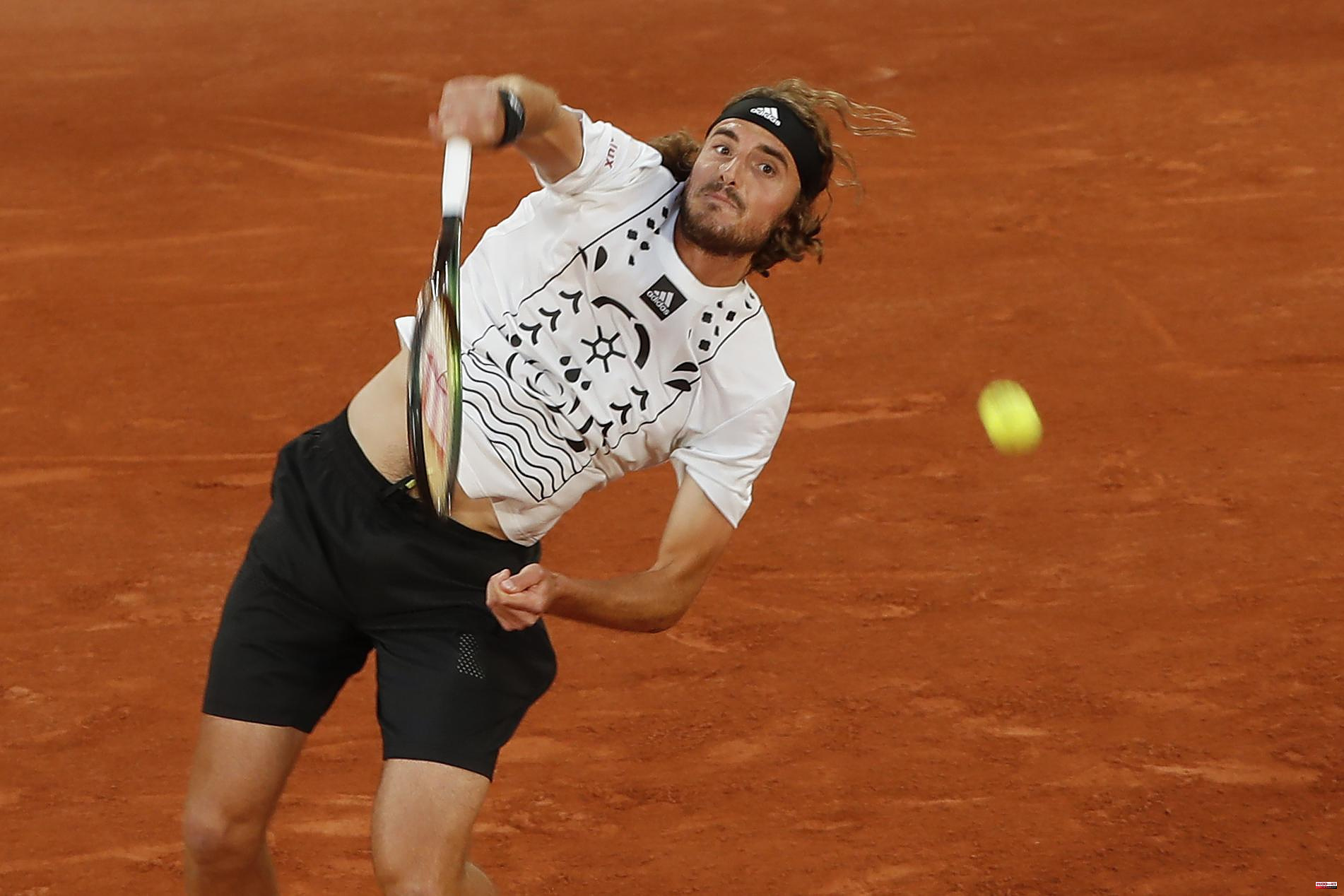 “I have to work hard in life. Things don't come easily. So that's how it is for me. I refuse to give up. We don't think when we are down two sets to nothing, we fight point after point and we hope that our efforts will pay off. When you're in this situation, it's like a mountain, and I managed to cross it and regain momentum, slowly but surely, ”summarized Stefanos Tsitsipas after a hectic introduction in the Parisian night.

Finalist of the last edition (the Greek led 2 sets 0 against Novak Djokovic), Stefanos Tsitsipas (seeded n°4) is on the list of favorites at Roland-Garros. The top of the table concentrating Djokovic, Nadal and Alcaraz, his road seems clearer. Winner in Monte-Carlo for the second consecutive year, semi-finalist in Madrid and finalist in Rome, the Greek has on the road to Roland-Garros confirmed his potential on clay.

The draw offered him a sizeable entry challenge with the Italian Lorenzo Musetti (66th in the world), a player who had tormented Novak Djokovic in 2021 in the round of 16, leading 2 sets 0 before giving in physically and losing. be forced to retire at 4-0 in the 5th set.

Tsitsipas, well into the match led 4-1, then 5-4, before falling apart and seeing the points, games (7 in a row) and sets. Led 2 sets 0, the Greek was able not to let his frustration overflow and patiently found the solutions to take back the reins, manage to regain his balance and offer himself a little air after entering apnea against a tough rival. . “He is very talented. He has a very good one-handed backhand. He knows the clay court game he grew up with. He's a difficult opponent, whatever the circumstances," said Tsitsipas, before venting on the hole crossed for a set and a half: "I don't know exactly why, but I wasn't there, I wasn't in the game, I was somewhere else! I was frustrated with myself. In a Grand Slam opener, it's not normal to feel like that. I think I was too focused on the future, and thinking too much about other things instead of being present and in the moment. But my fighting instinct took over. My instinct came out in the third set, and I managed to get out of it. »

The first night session was, on Monday, summed up in a wild solo Novak Djokovic determined, in his distance match with Rafael Nadal, to print the same force, the same desire. The second was much more disputed. She saw Stefanos Tsitsipas rock against a player with a powerful, balanced, varied one-handed backhand. Winner 5-7, 4-6, 6-2, 6-3, 6-2, the Greek understood the warning well. In the second round, he had an appointment with the Czech Zdenek Kolar (134th in the world, from qualifying) who eliminated Lucas Pouille.