Trump ignored the evidence of his team: there was no electoral 'theft' 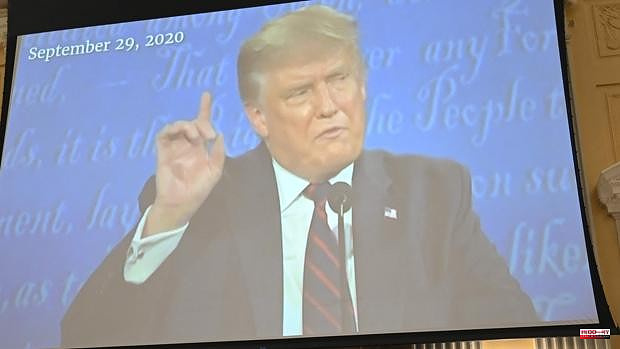 "Trump knew it." Congresswoman Zoe Lofgren summed up on Monday the campaign led by former President Donald Trump to turn around the 2020 election results and that culminated in a violent assault on Capitol Hill on January 6 last year: she knew that her allegations of fraud were not they had evidence support and despite this, they continued to deny their defeat and avoid a foundation of democracy, the peaceful transfer of power.

This was defended by several high-ranking officials of his greatest confidence in the second appearance of the House of Representatives committee that is investigating what they have called an "attempted coup." The first appearance, last Thursday, during prime time, was a trailer of the interrogations and work carried out by the committee during the last year.

In yesterday's, the committee began to methodically string together its case against Trump, whom it places at the "center of the conspiracy" to turn the result of the polls.

"Today we will show that there was no election theft," said Lofgren, one of the Democratic representatives on the committee, who led the questioning and the presentation of evidence. She did it through the words of Trump's inner circle. In the first place, Bill Stepien, his campaign manager, who admitted to his boss on election night that the chances of winning were "very daunting" and recommended that he wait for the count to finish, which would take days due to the high percentage of votes by mail, and that he did not declare victory. Trump ignored him and ended up marginalizing him, as he did with anyone who did not support the existence of fraud.

The loudest voice during the appearance was that of William Barr, then attorney general, chosen by Trump, a respected figure among Republicans and a staunch defender of the president in legal battles such as the investigation of Russian interference in the 2016 elections. With the authorities, Barr sprinkled his words of critical epithets with those allegations of fraud, for which he never found evidence: "bogus", "stupid", "idiotic", "complete nonsense", "without any foundation", "pure bullshit". ».

"He was out of touch with reality," "wasn't interested in the facts," Barr said of Trump and the fraud allegations he defended. The billionaire was not interested in hearing how prosecutors from the Department of Justice and state authorities - also Republican or appointed by himself - dismissed these accusations one after another. He kept repeating them to his millions of followers, also despite the fact that the courts turned their backs on him. Of 61 lawsuits filed in court in this regard, 60 came out against Trump's interests and the only winner did not influence the result in that state. The lies and unsubstantiated allegations were the breeding ground for the assault on the Capitol. 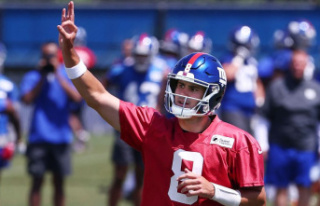