Truck attack with 86 dead: before the Nice attack trial: the mother of the Berlin victim hopes for penalties

Six years after the truck attack in Nice that killed 86, the mother of one of the German victims is hoping for punishment for the accused. 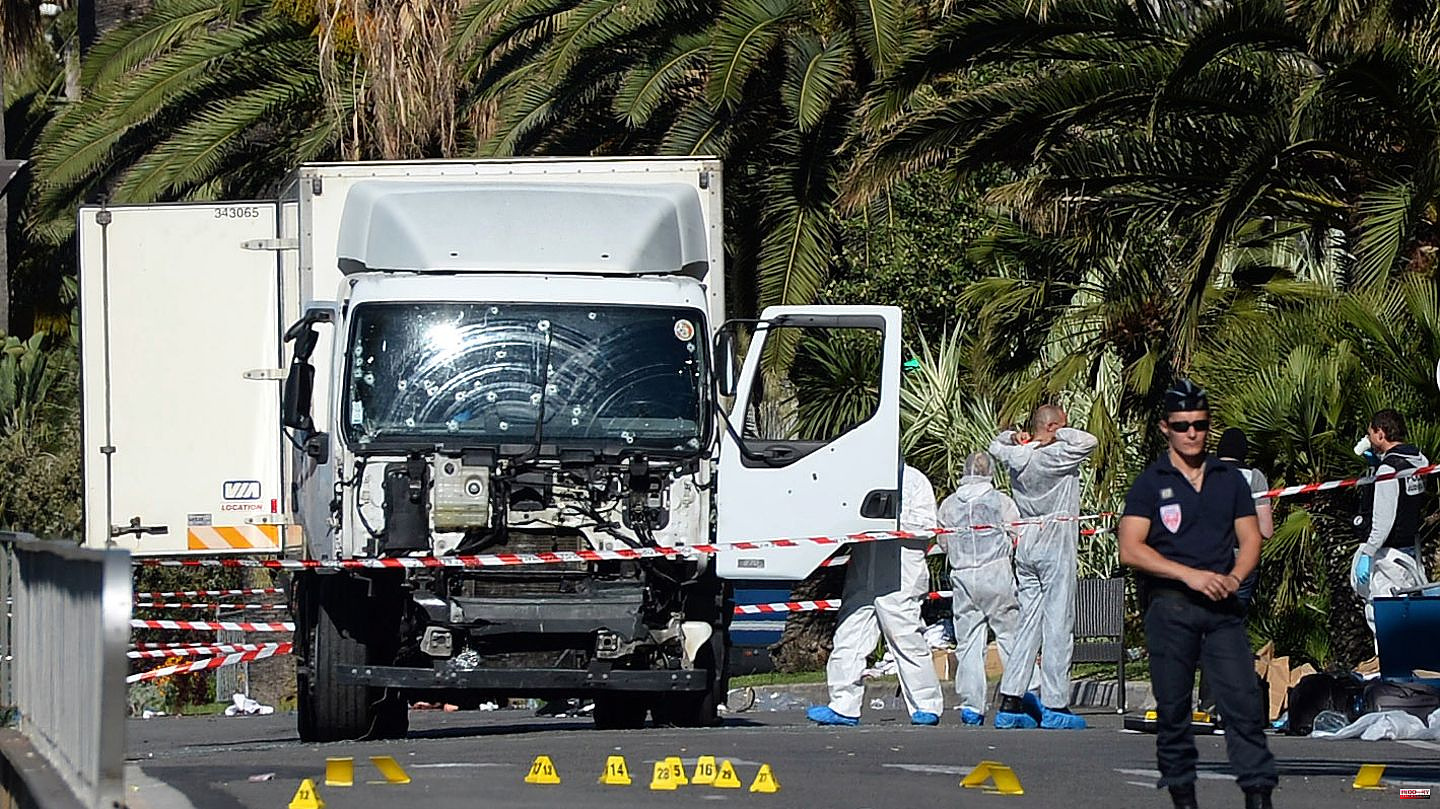 Six years after the truck attack in Nice that killed 86, the mother of one of the German victims is hoping for punishment for the accused. "That can't make my daughter alive, but I want her to be punished," Barbara Bielfeldt told the AFP news agency about the trial of the attack in the southern French holiday resort, which begins in Paris on Monday.

Bielfeldt's daughter, the 28-year-old teacher Saskia S., was on a class trip to Nice when the jihadist-motivated perpetrator drove a truck into the crowd. The young woman and two of her students from the Paula Fürst Community School in Berlin-Charlottenburg were killed. The 31-year-old Tunisian perpetrator was then shot dead by the police

Seven men and one woman have been charged in the trial, which begins on Monday. Three of them are suspected of being terrorists, the others are said to have provided the perpetrator with weapons. According to the findings of the investigators, the perpetrator was mentally ill and had found a breeding ground for his propensity for violence in Islamist ideology.

The mother of the killed teacher hopes to learn more about the perpetrator from the process. "Not everything can be explained by depression," she said. "You have to protect humanity from people like that," she added.

She then traveled to Nice on her own to look for her daughter - and encountered a lot of bureaucratic resistance. It was an excruciatingly long time before she received official confirmation of her daughter's death. "I was shown a bag with her jewelry, with her little guardian angel," she says. "You didn't have to tell me anything more."

It was only a week after the attack that she was able to see her daughter's body. "I hugged her, she had long blond hair," reported Barbara Bielfeldt in the AFP interview. It is not yet clear whether she will travel to Paris for the trial.

Three of the eight accused who have to answer before the court are suspected of terrorism and face prison sentences of 20 years to life imprisonment. However, investigators do not classify them as accomplices. The other defendants are said to have provided the jihadist attacker with weapons.

The perpetrator's profile shows a lot of blurring. His father described him as depressed, his ex-wife as violent. Other family members reported childhood abuse. Investigators assume that Lahouaiej-Bouhlel was mentally ill. He had "found the breeding ground in Islamist ideology to carry out the act of violence".

The jihadist militia Islamic State (IS) claimed responsibility for the attack. However, no direct connection between the perpetrator and the organization could be proven.

The main defendants, Ramzi Kevin Arefa, Chokri Chafroud and Mohamed Ghraieb, who have Tunisian and partly French nationality, are charged with "participation in a terrorist organization". According to the indictment, 43-year-old Chafroud and 46-year-old Ghraieb had each driven the route with the perpetrator in the rented truck a few days earlier.

According to the indictment, they also knew that Lahouaiej-Bouhlel had recently committed himself to the jihadist ideology and that he was fascinated by acts of violence. Both could therefore be sentenced to 20 years in prison.

Arefa is the only defendant facing a life sentence for being a repeat offender. The 27-year-old is accused of establishing contact with the arms dealers who are also accused and of helping to rent the truck. He is also said to have exchanged messages with the perpetrator about the preparation of the crime. According to investigators, Lahouaiej-Bouhlel took and sent a selfie of himself at the wheel of the truck before the crime. 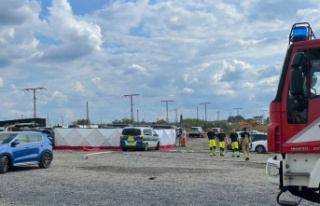 NRW: Two dead after a small plane crash in Duisburg