Cid de María, Miguel Serrano and Alejandro Casado shared eight ears with a good bullfight from Piedra Escrito, which dealt with a prize-winning steer with the return to the ring. 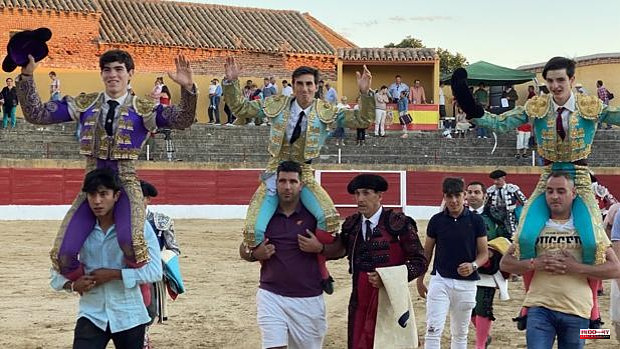 Cid de María, Miguel Serrano and Alejandro Casado shared eight ears with a good bullfight from Piedra Escrito, which dealt with a prize-winning steer with the return to the ring. Three ears for Miguel Serrano, who walked the two ears of the second after a task in which he stood out in the series on the right hand. Another ear walked from the fifth in a task full of claw and that was always more.

Two ears, one and one, was the result of Cid de María, who came together again one great afternoon, drawing muletazos of enormous length and capacity.

Fuensalida. Fourth qualifying novillada of the Promesas de Nuestra Tierra contest. More than half an inning. Steers from Piedra Escrito, well presented, of good workmanship and good game in general. The second one stood out above all, n 3, which was awarded with the return to the ring

1 Spain completes the additional deployment in Latvia... 2 Mazón: «Puig continues to advance in the dismantling... 3 Ouigo puts its 'low cost' AVE tickets on... 4 They arrest a worker and two former employees of a... 5 Martí Caballé, Luis Santana, Zukan and Samuel Diz,... 6 Ten keys to the raging fire 7 More than 11,200 kilograms of stolen oranges with... 8 Arrested for assaulting, intimidating with a knife... 9 They find the body with signs of violence of a man... 10 Ximo Puig faces the post-Mónica Oltra era with a... 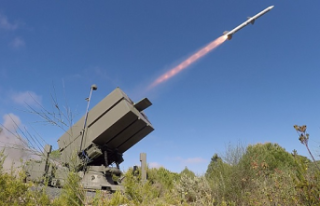