Transport: Deutsche Bahn: First car removed from the scene of the accident

The complicated rescue work after the serious freight train accident on the railway line between Hanover and Berlin is progressing. 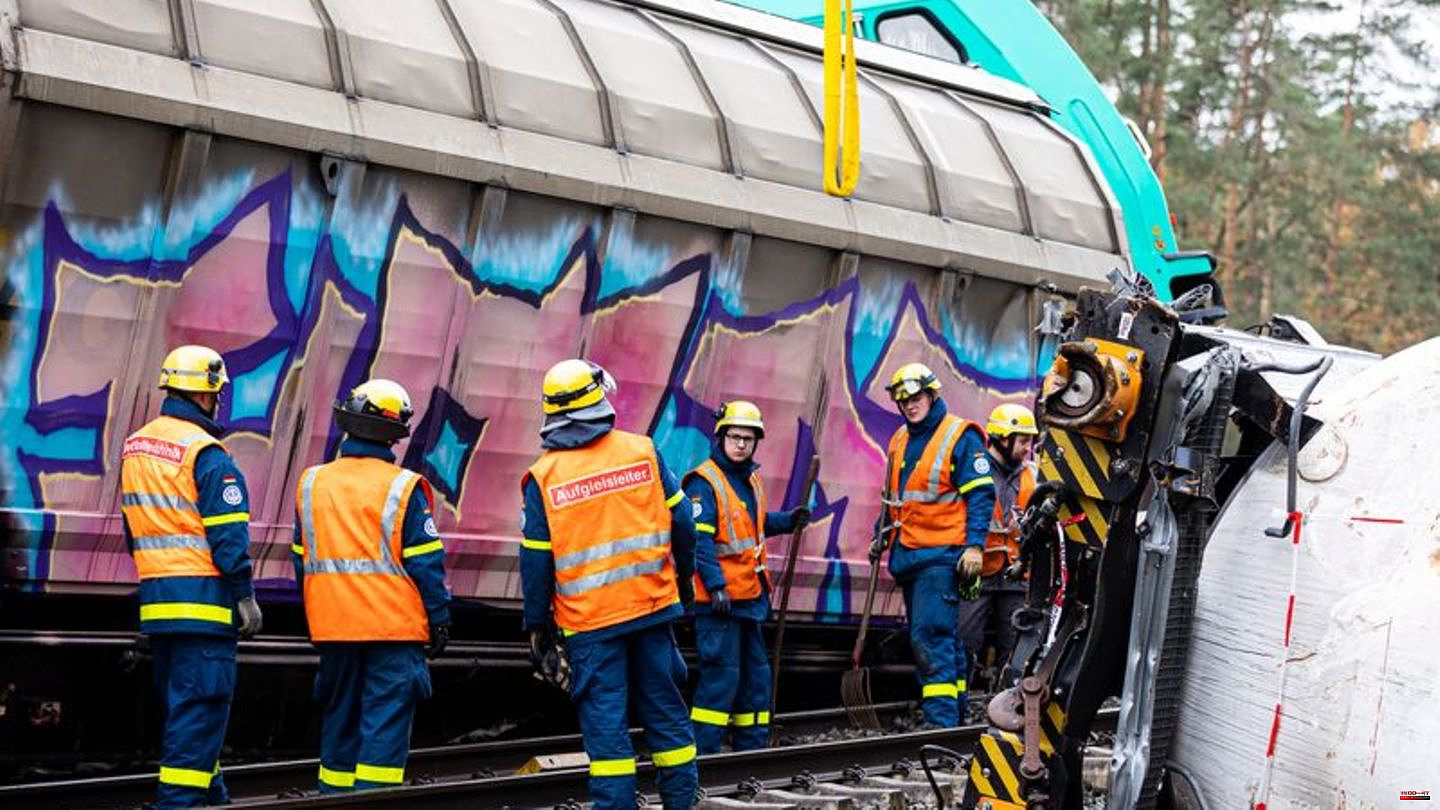 The complicated rescue work after the serious freight train accident on the railway line between Hanover and Berlin is progressing. "We were able to remove the first car from the scene of the accident and set up another one," said a spokeswoman for Deutsche Bahn (DB) on Sunday.

Around 35 employees from DB and the Technisches Hilfswerk (THW) had started to rescue the vehicles involved in the accident. The restrictions on rail traffic between Hanover and Berlin will probably remain in place until December 16, as the spokeswoman said.

Clearing the line after two freight trains collided on November 17 is taking so long because overturned tank wagons were filled with explosive propane gas. After the accident, the dangerous gas was pumped out by special forces from the fire brigade and some of it was also burned off. This lasted for days.

On Saturday, the fire brigade released the scene of the accident for further work on the railway. According to DB, heavy equipment and experts were already on standby so that work could begin immediately. After setting up the construction site, some would have worked through the night. The THW takes care of the lighting.

For the time being, travelers have to continue to be prepared for train cancellations and delays on the important east-west route. This affects, for example, the ICE trains between Berlin and North Rhine-Westphalia. According to Bahn, replacement buses run every hour in regional traffic between Wolfsburg and Hanover.

On November 17, early in the morning, a freight train stopped at a signal near Leiferde, and a following freight train drove up. The approaching train consisted of 25 tank cars filled with explosive propane gas. Four wagons overturned in the collision. The driver of the oncoming train was taken to the hospital with minor injuries. According to the federal police, the driver of the other train was unharmed apart from a slight shock.

According to previous investigations, the accident was caused by human error. The route near Leiferde was erroneously released by an employee of Deutsche Bahn, although a freight train was already stopping there, the federal police in Hanover announced a few days after the collision.

Emergency cranes in use

After removing all the cars and the locomotive, the railway experts could finally assess "the entire extent of the damage," it said. After that, the repair of the tracks and overhead lines will begin.

Current traffic reports from the railways 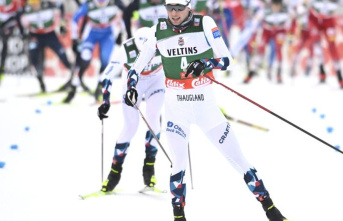