The traffic in the central almond of Madrid has been reduced by 17. 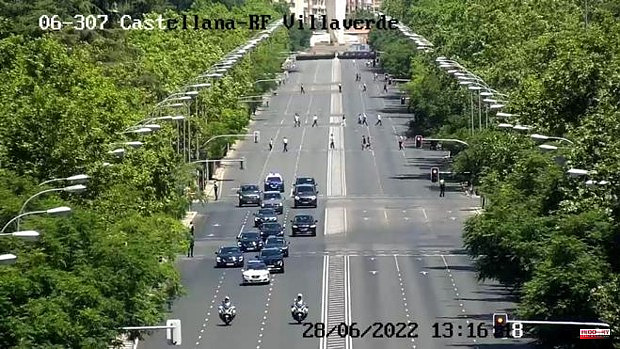 The traffic in the central almond of Madrid has been reduced by 17.5% in the central almond during the first morning of affections due to the NATO summit. "Thanks to all of you who are following the recommendations that we are providing you", celebrated the mayor of the capital, José Luis Martínez-Almeida, who has also reported that the decline has also manifested itself on the M-30, with a 9.5% less and up to 15.5% fewer cars outside the ring road.

However, the situation in Madrid has been "complicated" throughout the morning as the Gran Vía, the Paseo de Castellana are cut off and there are retentions on the A-2. «We are appealing to the patience and generosity of the people of Madrid and we apologize again.

But it is an unbeatable opportunity for the city to be able to celebrate this summit. Citizens are showing that they are committed to this celebration since yesterday, "said the councilor in an interview on 'TVE', collected by Europa Press.

Almeida has stressed the importance of teleworking during these days to "minimize" travel, as well as the use of public transport to move, for example, to the airport. «The Madrid Metro is more operational from the point of view of speed to be able to move around the city. Citizens can also use the EMT buses, which will be hampered by mobility cuts, but they will be free », he pointed out.

1 Fifteen localities join the III edition of the Network... 2 Seventh wave of Covid: cases skyrocket in Castilla... 3 The residents of Río Yedra street ask the gates of... 4 Nicola Sturgeon outlines her plan to hold a second... 5 Joe Biden lands in Madrid to participate in the historic... 6 How can Russia's suspension of payments affect... 7 Sakhalin, the strategic and energy 'paradise'... 8 Follow live the Cerundolo - Nadal 9 Shock in Formula 1 after Nelson Piquet calls Hamilton... 10 Arrested for throwing two glass glasses and threatening... 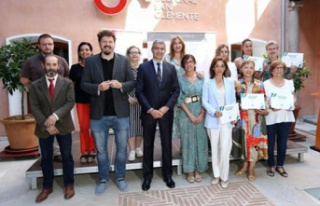 Fifteen localities join the III edition of the Network...