When homes are transformed into wonderlands of light, the holiday home season begins. 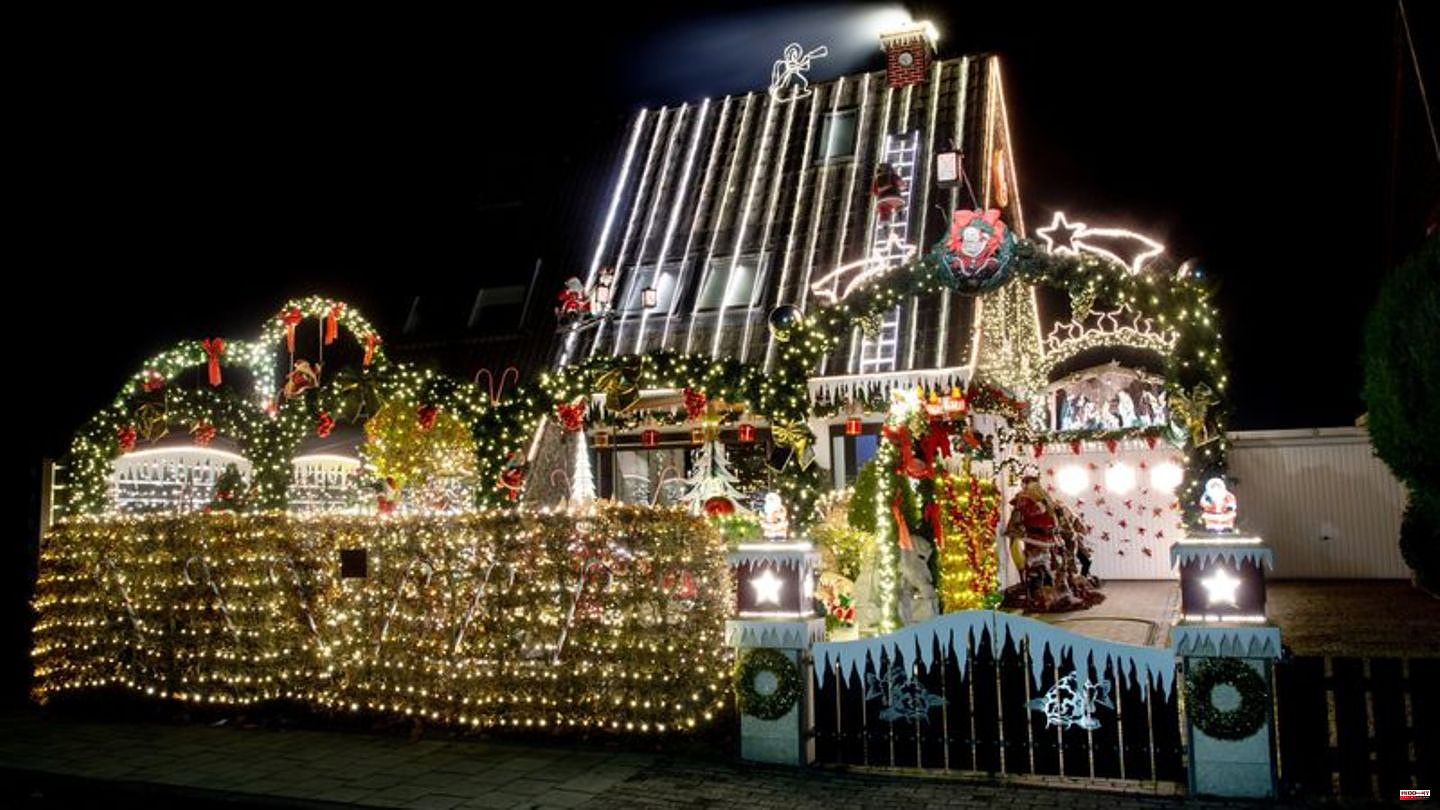 When homes are transformed into wonderlands of light, the holiday home season begins. In many places in Germany they are shining these days, just in time for the beginning of Advent.

While the pandemic has put pressure on the winter wonderland mood in recent years, this time it is the extremely high electricity prices. When asked about this, the Christmas fans agree: the big lights should still be there. And the electricity costs are not that bad, thanks to economical LED technology.

Punctually on the first Sunday in Advent, they will switch on their 60,000 lights again: For more than 20 years, Martina and Sven Borchart have been lavishly decorating their house in Delmenhorst at Christmas time with garlands of lights, figures and pyramids. "It's an affair of the heart for us." The rising energy prices didn't change anything: "Hobbies cost money."

Several hundred visitors come by on the weekends. "Here are grown men and women crying with emotion," reports 60-year-old Martina Borchart. The decoration is different every year: "This time we got our life-size deer from the attic, where they had been for seven years." The animal figures were repainted and filled with construction foam.

From the USA to Großröhrsdorf

A fairytale world shines on the edge of Upper Lusatia, where Rüdiger Browatzke has his Christmas house. For more than 20 years, the 67-year-old has been festively decorating the house and garden and letting countless lights shine. "Meanwhile, eight fairy tales have been created, all of them homemade." He makes the figures, relatives help paint them.

He once brought the idea to Großröhrsdorf from the USA. However, the decoration there was "loud, colourful, shrill and flashing", he wanted to do it differently. "I actually only have warm white light." He can't say exactly how many lights are on at his Christmas house. "It could well be 100,000."

"Hope there is no short circuit"

In the Brandenburg town of Straupitz, the Christmas lights shine at the house of the Mörl family. After six weeks of preparation, around 400 figures such as Santa Clauses, snowmen and soft toys stand in their garden. "The house is 95 percent decorated, only the details are missing," says Gerd Mörl. And looking at the fairy lights, he adds: "I hope there is no short circuit."

A special eye-catcher in front of the house of Sascha Bärwald and Dominik Pieczko in Ahnatal in northern Hesse is a ten meter high, inflatable Santa Claus. "It is deflated every evening and, depending on the weather, it is inflated again the next day," explained Bärwald. New additions this year include a Cinderella carriage with moose and an illuminated swan. Another special feature: Children can send their letters to Santa Claus at the Christmas house. The 28-year-old promises an answer to anyone who gives his address. "Last year there were around 400 letters."

"And customs should be continued"

When asked about the rising electricity costs, the Christmas fans refer to the usual LED technology. It ensures that much less energy is required compared to previous years. However, several Christmas house operators have announced that they will nevertheless reduce the lighting times in order to save electricity.

“The Corona period was long enough and you had to do without a lot,” said Josef Glogger from Balzhausen near Günzburg in Swabia. The children should have some fun at Christmas time too. "It's an old custom, and customs should be continued." Glogger has been decorating his house for more than a decade and a half while raising money for the university clinic in Ulm, where his wife was being treated for cancer. Last year he was able to donate more than 5000 euros.

"Especially for the kids"

"Despite the high energy prices, we want to do this primarily for the children," says Jörg Meißel from Lichtenstein near Reutlingen. The little ones were disappointed that the lights stayed out for two years. He also accepts a corresponding electricity bill for this. This year, a polar bear landscape, a nativity scene and a Christmas forest in front of the house should provide enthusiasm. This requires more than 50,000 lights.

From now on Oberhausen is also lit up: Dirk van Acken and his wife Barbara decorate their home with countless fairy lights, glowing snowmen and little angels and play Christmas music on a continuous loop. In his own words, the fact that electricity has become significantly more expensive doesn't deter the 44-year-old geriatric nurse: "Every year we are approached by so many people who want to come by. There's also an obligation. We'll keep at it." In return, they lived frugally all year round, he said. This year, however, the lighting should end earlier in the evening - not just after midnight.

The situation is similar for Rolf Vogt (75) in Bücken near Nienburg: Because of the increased energy costs, the retiree wants the 600,000 lamps - a European record, as he says himself - to only burn for two hours instead of four hours as before. He will also sell mulled wine, punch and bratwurst again in order to be able to cope with the costs financially: "There's no other way." 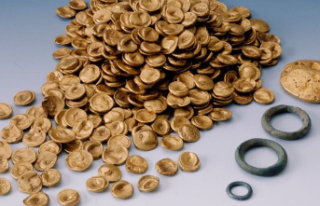