After two cancellations for reasons of force majeure, read covid, Los Estopa are finally going to be able to materialize something historic today: perform for the first time in Barcelona outdoors in a large format. 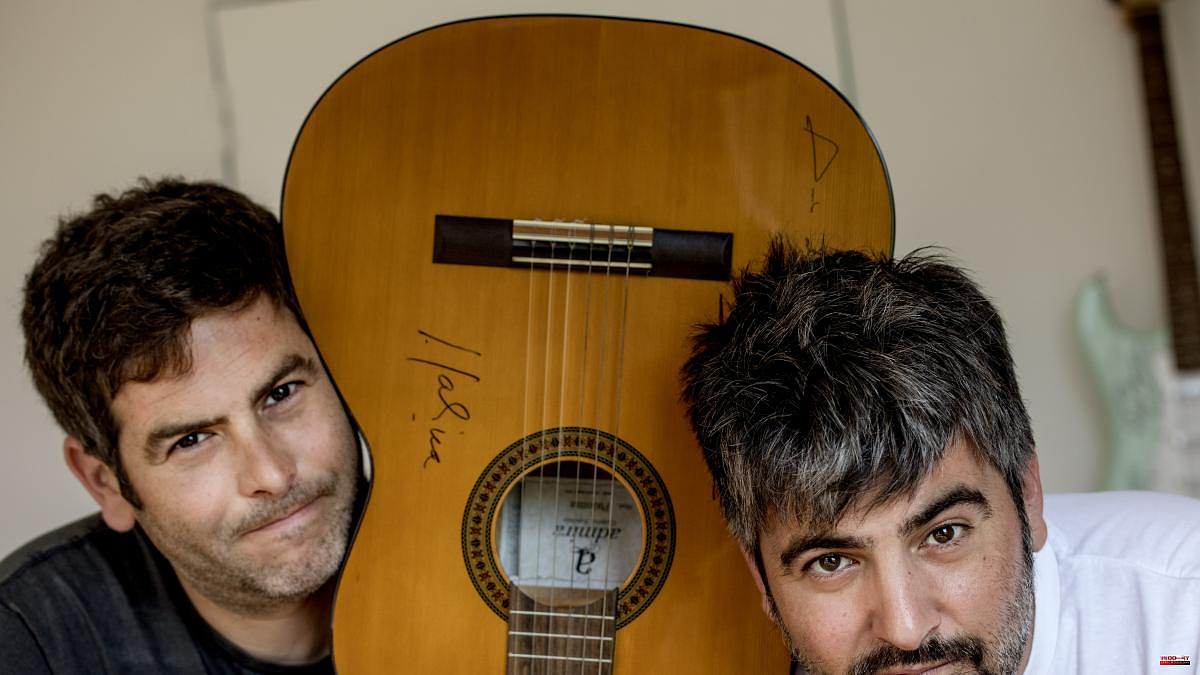 After two cancellations for reasons of force majeure, read covid, Los Estopa are finally going to be able to materialize something historic today: perform for the first time in Barcelona outdoors in a large format. The appointment is at the Parc del Fòrum (9 pm), with the 25,000 tickets already sold.

The brothers David and Jose Muñoz will celebrate their more than 20 years of successful career by presenting the songs from their latest album Fuego – which gives the tour its name – and recalling their greatest hits. Fans can also see them in Girona (June 3) and at the Porta Ferrada Festival (August 21).

Is a concert in front of so many people a special challenge?

Josh: And so much! The nerves, because the more people there are, the more likely they will not like it

David: And more than anything, it's about physically arriving at the concert, arriving with your voice ready. Because although it seems silly, you have the feeling that you have to shout more so that it reaches the last of the public.

J: It's true, you shout more, you move more, you get much more nervous, because you play at home.

How have they faced live during times of capacity and sanitary restrictions?

D: Last year, for example, we played at the Cap Roig Festival with reduced capacity, mask and people in chairs. It was a pain in the ass, you have to really like a group to go see it and sit there. I remember that I went to a couple of concerts, by Coque Malla and Los Secretos, and in one of them I sang something and someone threw it in my face. I'm gone

J: Like the one in Cap Roig, we did about nine more festivals. And for those concerts we wanted to adapt the repertoire to the situation, we removed some dance songs, but still that was not pleasant for the public or for us.

Will there be any news on this aspect in the Forum?

D: We have recovered that repertoire that we could hear in the last Sant Jordi and we have incorporated new weapons. Songs that we haven't sung for a long time we do them now, also those of the last album that gives its name to the tour, and a broad summary of the songs that we consider the best of our career.

D: From the first period especially. Even some of the demo that was left in the drawer with our first album, like Listen to me princess.

And at the show level it will have to be something adapted to such a large audience, right?

D: Giant pantaloons, a film montage, and here sound reinforcement. On the screen we want to see the musicians playing or the one who is tasting. Close-ups of what's really going on with some nice filter.

J: We are trying to get permission to record it from a drone but they won't let you fly over people; but perhaps something can be done from the beach that is next to it or from the natural ramps that will be in front of the stage.

How has the pandemic been for you?

J: I loved it; It has relieved me of stress: “what are we going to do tomorrow?” we said to each other, and we answered “well, the same as today”, and that gave you a lot of peace of mind. During confinement we saw each other by video call at vermouth time.

D: It has been a mental cure, which has gone very well for me. It was always like groundhog day.

And did not the bug appear to return to the stage?

D: What we did do was get together every weekday at my brother's house, we played the guitar, we composed.

And what has come of it?

J: Well, the truth is that very cool songs. I would tell you that we have eight decent songs that can go on the next record.

D: We want to take the songs that were left in the drawer of the first album and we want to register them; reissue them before the new album.

What timing are we talking about?

J: This year we do the tour and it ends on October 11 in Zaragoza; the next one will be a break to compose and then we'll release a new album and the demo.

In addition to your own songs, you have also made collaborations in recent times, right?

D: Precisely we still have a collaboration with C. Tangana also at the composition level.

How was the collaboration with him?

D: He wanted us to do the song Ingobernable for the album El madrileño, but it was the middle of a pandemic and we told him no because me and my brother didn't see each other.

J: We were scared because of the coronavirus and we saw each other virtually. We liked the song. The truth is that man has known how to make the songs and deliver them to whoever had to deliver them, like Kiko Veneno, who is like his tailor-made suit, just like Ketama's or Calamaro's. The one that had been offered to us, also had that.

D: But we didn't do it because we were uncertain, and that's where the offer ended. And the truth is that we don't really like to work either, and sometimes laziness can get us. But with Pucho we have a pending collaboration but from scratch.

That you participated in his concert in Barcelona was his initiative, I suppose.

J: He asked us if we wanted to go sing Ungovernable, and we said yes and that's how we got rid of the thorn.

Pucho is not spiteful...

D: Nooooo, he's a super nice guy. To remove the hat. Because after singing that he told us to stay because Kiko Veneno would come next.

J: And in the end we sang three, with Tu calorro and Los tontos, by Kiko.

D: Now we are involved in this tour because we are looking forward to live concerts. That adrenaline is not lived by anyone except the one who is there. And also this year I am very motivated.

It is also stimulating to see that very few people returned the tickets for the canceled 2020 concert and that they will offer today.

J: A lot. Only ten percent have returned them from the entire tour.

From what you have seen in the professional field, has the pandemic been of any use?

D: I don't know if we are better or worse, but it has created new habits, some good, others not so much. We are more aseptic...

J: ...and maybe more unfriendly. And there are people with cave syndrome, which has changed their character.

Of all this pandemic and post-pandemic situation, has culture and specifically music been the biggest losers?

D: No musician, no singer, has ever been subsidized. The administration has never supported music, but others have it worse.

J: Because there are more precarious arts such as dance, theater, which need more positive discrimination. Everything that is in precarious condition should be helped, and not just music.

In this sense, you should feel privileged.

D: Damn, and so much, of the most privileged; don't need to work, don't be worried about that side.

J: ...and not having haters. In the networks they don't say a lot of nonsense about us.

It should also help that your music is liking and penetrating more over the years. they do not believe?

D: We are fit and I think there is muscle in what we do.

D: Four people listen to an album and it's underground; that same album plays in Los 40 and they call you a commercial.

D: That's the bottom of it all. And also now social networks have had a lot of influence, because everyone has an opinion and then you have to make yourself a shield and not look too much at what they put on.

J: Fame is dangerous especially if you don't have a brother to share it with. If you are alone in the business, you have it raw. And we also get along well.

J: After 43 years, my age, there has been no discussion.

1 2 The Mercat de les Flors claims the reflective circus... 3 The music that Teresa Berganza chose for her goodbye 4 A two-year-old boy dies run over by a motorcycle in... 5 Juliette Binoche, star of the San Sebastian Festival... 6 Jaume Aragall: 7 Il Volo cancels its concert at the Liceu due to covid 8 Snowfall: 9 The seamless voice of Teresa Berganza 10 Hidden network of large pits discovered around Stonehenge 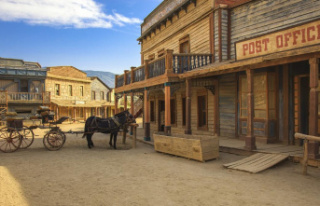