The Defense Minister, Margarita Robles, has visited the Torrejón de Ardoz base in Madrid to supervise the device deployed for the NATO summit. 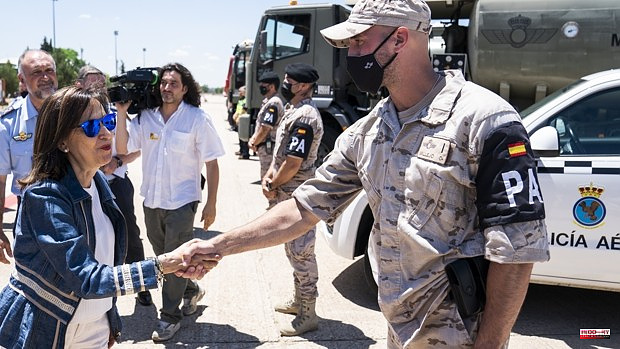 The Defense Minister, Margarita Robles, has visited the Torrejón de Ardoz base in Madrid to supervise the device deployed for the NATO summit. In the next few hours, a total of 28 delegations will arrive at this airbase, including Georgia, Cyprus, Montenegro, the Czech Republic, Romania, Bulgaria, Portugal, the United Kingdom, Poland, Albania, Slovakia, Hungary, Slovenia, Greece, Netherlands, Ireland, Denmark, Austria and Malta. Shortly after Robles' visit, the Australian delegation arrived at the base. Delegations from NATO and the European Council will also arrive at the base.

Most of the delegations will arrive throughout the day tomorrow. Italy, France and Germany will land on more than one plane.

Also that of Turkey, which will come with three planes. The largest will be that of the United States, which is made up of eight planes and a helicopter.

The Torrejón base has facilities and sufficient capacity to house the planes of all the delegations, the challenge in this case is to attend all of them in such a short period of time. Hence, the coordination of this device has been designing for almost two months and has 300 people from the base dedicated solely to this operation, since in addition to the arrival of planes from the base they also have to have the welcome caravan and displacement.

The average number of vehicles in each caravan per country is just over fifteen cars for the leaders and their teams, to which would be added those of the ambassadors and their teams who will receive them at the foot of the track. They would be a total of twenty. In the case of the US, the caravan is 80 vehicles.

As the plans of each flight can vary, the difficulty is to receive all the countries without the Torrejón base collapsing, since the work there continues outside the NATO summit.

“This device takes a lot of preparation. Everything is perfectly ordered and planned, but there are planes that can be advanced or delayed and several planes and caravans can coincide that are very intense, with many vehicles, "explained the Defense Minister. In this sense, General Alfonso Reyes Leis points out that it would not be advisable for three planes to arrive at the same time and that, at least, they should be spaced at intervals of fifteen minutes.

Apart from the operation for the reception and care of the planes, in Torrejón they are also prepared for possible aerial threats such as drones, which in the words of Robles are "a risk". To this end, two anti-drone systems have been installed to prevent unauthorized flights of this type from complicating the operation and posing a danger.

1 Silván trusts that the PP leadership "will not... 2 A woman dies run over by a van in Zamora 3 France asks to allow Iran and Venezuela to return... 4 Until when can the income statement be made? 5 "Lewandowski wants to show that he is better... 6 The Iacobus Maris unfurled sails in Genoa 7 Tomás de Perrate: «We must continue in the classic... 8 Ence projects in As Pontes a complementary plant to... 9 The Galician PP does not close to reforming the Statute... 10 New SER zones come into force in Madrid: these are... 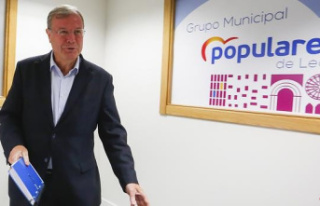 Silván trusts that the PP leadership "will not...