Tomorrow is what we are looking for. Marc-Andre Selosse: "Soil is an absolutely mind blowing living building."

What is the purpose of this book, "The Origin of the World", which is devoted solely to soil? Why was this work so urgent? </p> "Our societies were built with the belief that their internal dynamism was what was most important. 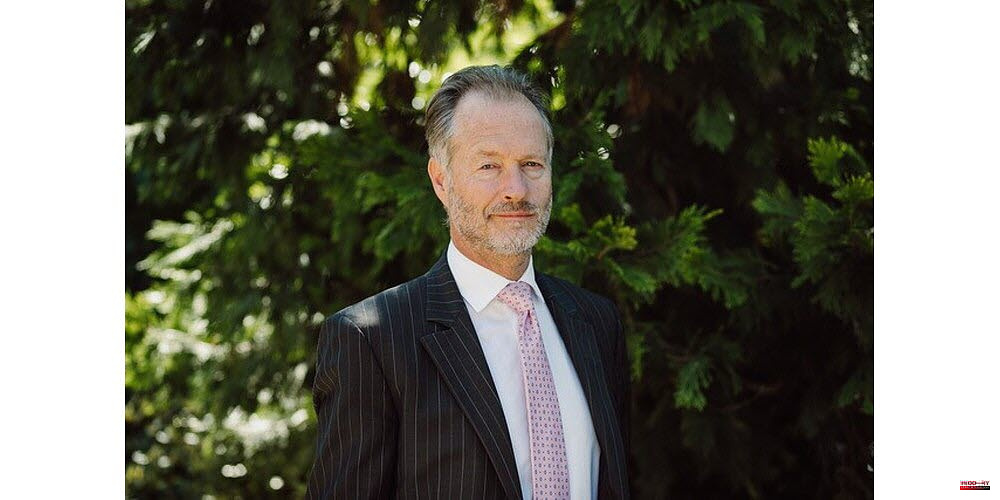 What is the purpose of this book, "The Origin of the World", which is devoted solely to soil? Why was this work so urgent?

"Our societies were built with the belief that their internal dynamism was what was most important. They believed that if they were strong enough internally, they wouldn't be subject to nature's laws. It's wrong. This leads to societies in which French, maths, and history are the foundations of education. We are wrong again. There are many days when we don't deal with historical questions or problems of calculation or writing. Every day, we eat and have an impact on the environment. Urban dwellers are often far away from places where food production occurs, and where poor environmental management manifests its negative effects. Our societies have believed for too long that they are independent from nature and can do what they want.

What do soils reveal about the society in which we live and work?

"Microbes and plants... We must put more life science and earth science into the training of young people as well as the skills of citizens and elected officials. The ground is a key battle point. Many problems can be solved by understanding soils. This is the path that leads to solutions.

What is soil, in essence?

The ground is amazing before it becomes a disaster. Here you will find 50 to 75% species that live in terrestrial ecosystems and 60 to 90% of the dead or living organic material in those ecosystems. There are amazing things happening. There are bacteria that can transform atmospheric nitrogen into usable nutrients, fungi capable of transporting food back to plants' roots, and soil is a fascinating living structure.

How healthy is this building?

"The men were able to make very effective short-term gestures but degraded everything. First, poor irrigation causes soil salinization. Around the globe, every day, 2000 hectares are made unfit for cultivation. The second element is pesticide pollution. Pesticides kill organisms and make life difficult. Here are some figures from Chize's plain (Editor's Note, in Deux-Sevres). 90% of the soil is polluted with at least one pesticide, one fungicide, and one herbicide. At least 40% of the soil has more than ten pesticides. Heavy metal pollution should be discussed, as well as shotgun pellets. They are estimated to have 20,000 tonnes each year in Europe's soils!

This also highlights the problem with ploughing...

Plowing has its advantages. This allows the soil can be aerated, and then weeded. Plowing the soil leaves it bare which makes it more susceptible to erosion. You can see dirt after the rain; this is not the case in the forest. Second, plowing damages the roots and filaments of microscopic fungi. The worms are then eaten by birds. Soil no longer has the ability to produce fertility. The soil's organic matter is then destroyed by the growth of bacteria, which can breathe better. This is C02, which causes the greenhouse effect. However, organic matter can be preserved in soil to fight the greenhouse effect.

What would you recommend?

Water-intensive crops often make irrigation necessary. It is also the choice and use of crops that limit irrigation. Today, INRAE has a variety of plants that are resistant to pesticides. This allows for less use of pesticides. Organic solutions are safer for soil than herbicides. The mass does not matter: If we do research on other methods, we will discover levers.

Gradually, commercial zones are overtaking agricultural areas... Do you worry?

"We are seeing agricultural soils disappearing at a rate of one French département every seven to ten year. This is alarming. This is something that few people realize: If we increase the organic matter of all soils by 4 per 1,000 every year, we could lock the equivalent of the carbon in the CO2 produced each year by Man. Therefore, the soils would cancel out the human CO2 emissions for that year. We can see that there are levers when we understand the workings of a floor. My book is a natural-history book. I want to share some keys.

So-called soil conservation agriculture is now being developed. This one doesn't ignore herbicides. Are you a believer?

"Now, we're back to glyphosate. The difference between a plowed and unploughed field is that the former has 25% more microbes, and their activity is higher. Earthworms are also affected. Tillage is more toxic than glyphosate. However, this doesn't mean that you should abandon glyphosate. The soil will still be alive if you don't use it. Agriculture is still evolving. We must keep looking for other options and offer more money. You must move. Glyphosate will be out of favor in the near future. Our productions can be exported to Europe if we create the technology for agriculture.

"The Origin of the World: A natural history of the soil for those that trample it" Actes Sud, 480p., EUR24. Marc-Andre Selosse is a professor at Paris's National Museum of Natural History. He has also taught in China and Poland.

1 Champions Cup: Emmanuel Macron congratulates Stade... 2 Case of Jacques Bouthier: Assu 2000 CEO "shopped"... 3 Morcenx–la-Nouvelle: A wheelchair tennis tournament... 4 The IGN warned of "imminent eruption" but... 5 Cajaviva approves its accounts with a historical record... 6 Cognac: The Triumph Club de France displays its vintage... 7 Champions League: The foreign press deplores the lack... 8 A plane with 22 people on board disappears in Nepal 9 Stade Rochelais, winner of the Champions Cup: How... 10 The radiography that Dr. Rafael Sancho published on... 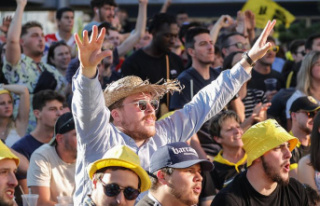