The streets of Buñol (Valencia) will be dyed red again on the last Wednesday of August with La Tomatina, a festival that is expected to be "more national" in 2022 due to the restrictions maintained by some countries. 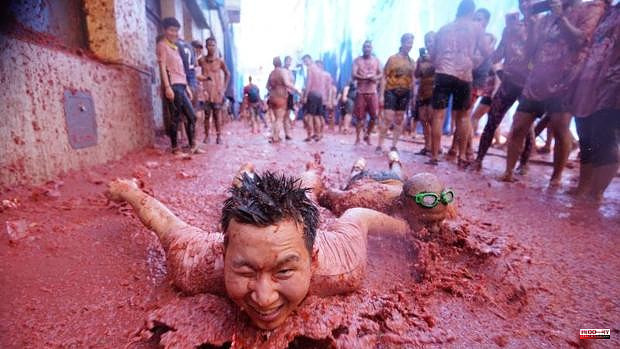 The streets of Buñol (Valencia) will be dyed red again on the last Wednesday of August with La Tomatina, a festival that is expected to be "more national" in 2022 due to the restrictions maintained by some countries. The most famous tomato battle in the world will return to normal after two years of hiatus and will do so in a big way: celebrating its 75th edition and its twenty years as a Festival of International Tourist Interest.

Two milestones for which the Buñol City Council plans a great celebration, this year under the slogan 'You can't miss it'. «We celebrate not only the recovery of our most emblematic festival and one of the main tourist events in the Valencian Community, but also the overcoming of the pandemic and all that it has implied.

For this reason, we are working so that the 2022 event is doubly special for all people”, emphasizes the mayor, Juncal Carrascosa.

15,000 tickets have been put up for sale through tour operators, travel agencies and the event's official website, at a price of 12 euros. In addition, the direct sale of 5,000 tickets will be enabled, mainly destined for the residents of Buñol.

The appointment will be on August 31, at 12 noon, and will go through the usual route: San Luis, Cid, Plaza Layana and Plaza del Pueblo streets, where it will culminate at one in the afternoon with the final firecracker.

This Tomatina will have a security plan and a "strict" capacity control, validated in recent years and reinforced in 2022. "Buñol is prepared in case any circumstance arises that makes it necessary to limit capacity and put some extraordinary measure," he says. the mayor in a statement.

The forecast is that the limitations on travel that still apply in some countries will lead to the "most national" La Tomatina celebration in recent decades. More than half of the participants in the battle in recent years have come from countries around the world, from Asia to the United States, Latin America, Europe or Austria, consolidating itself as one of the most emblematic events of the Community, of which more have contributed to its projection and tourist brand at an international level.

"This year we believe that the local and national presence will be the majority," says the Councilor for Tourism and Tomatina, María Vallés. In line with this new context, a dissemination and promotion campaign will be carried out together with Turisme CV (Generalitat) and Valencia Turisme (Deputation) to attract this closest tourist profile.

Among the many novelties planned, a water area, a musical environment in the battle area and "some other surprise" stand out. As a warm-up, on Saturday, August 27, the children's Tomatina will be held in the Plaza del Pueblo, open to the participation of children between 4 and 14 years old.

And fans of the event who cannot travel to Buñol can enjoy 'La Tomatina VR Experience', an interactive virtual reality game that, with the support of an Oculus Quest viewer, allows them to participate in a three-dimensional tomato battle that the player must throw and dodge, immersing yourself in elements such as water from balconies, trucks, music, songs and noise. A proposal that allows people of all profiles and conditions to enjoy the sensations of the party, "with a timeless, inclusive and affordable character".

1 Buxadé: «Sánchez is a sociopath, he lacks scruples... 2 An exhibition allows to handle the inventions of Leonardo... 3 An almost deserted Congress, an image of the breakdown... 4 A missile hits a busy shopping center in Ukraine,... 5 Russian officer carrying Putin's nuclear codes... 6 Schedule and where to watch Cerúndolo-Nadal live 7 Small scare for Djokovic in his premiere 8 The forward of Espanyol begins to be scary 9 Doña Letizia dresses in polka dots for her meeting... 10 The smallest art movement in history: it had two members... 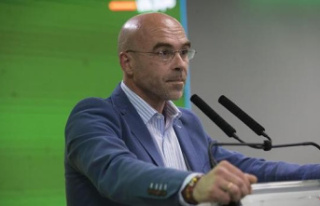 Buxadé: «Sánchez is a sociopath, he lacks scruples...