Toledo's Cristina Adrados Artal, triple champion of Spain despite her old wheelchair: "I didn't expect it"

The Toledo Cristina Adrados Artal does not stop. 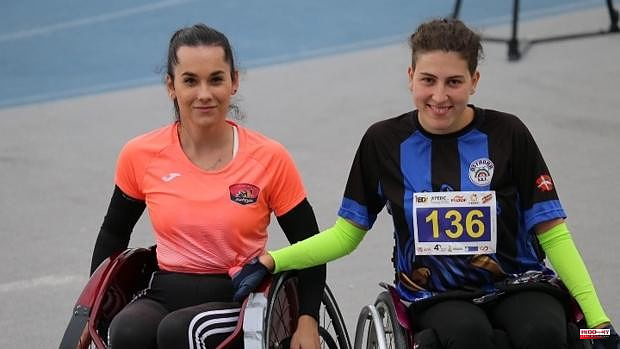 The Toledo Cristina Adrados Artal does not stop. Her old and dilapidated wheelchair has not prevented her from proclaiming herself triple champion of Spain in the 100, 200 and 400 meter tests. "I did not expect; not at all », says this young 28-year-old, the only athlete with cerebral palsy in her category, T34.

He has obtained three titles in Gijón, where his team, 'Run for you', has achieved second place in the Spanish Championship for Adapted Athletics for clubs. "In my team they are very happy with my results," says Cristina, who has not yet managed to get another new chair adapted to her anatomy.

He closes the season with his sights set on starting the new campaign after the summer with two objectives: “Keep improving and, of course, get a new chair.

Without it, it's a bit difficult to improve my marks." Cristina combines sports with her work at the Bargas City Council, but she put aside an opposition from ATE (Educational Technical Assistance) for the championship in Gijón. "Being on three bands is impossible," says the happy athlete.

1 Prisa appoints Varela Entrecanales as director on... 2 Firefighters extinguish a fire in the rodaderos de... 3 The proclamation of 'La Pinchos' opens the... 4 The national leader of the UGT advises García-Gallardo... 5 Pride opens a "flag war" in Cibeles and... 6 These are the cheapest hours of electricity this Wednesday 7 Presented the bullfighting posters of the Malaga Fair... 8 Carlos Baño, new president of the Alicante Chamber... 9 A worker dies in the collapse of a factory warehouse... 10 The King asks to extend NATO unity to other partners 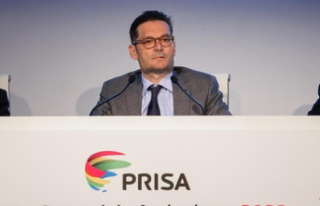