The city of Toledo will premiere this year two new giants that will join the procession announcing the Corpus that have been created on the occasion of the VIII Centenary of Alfonso X el Sabio. 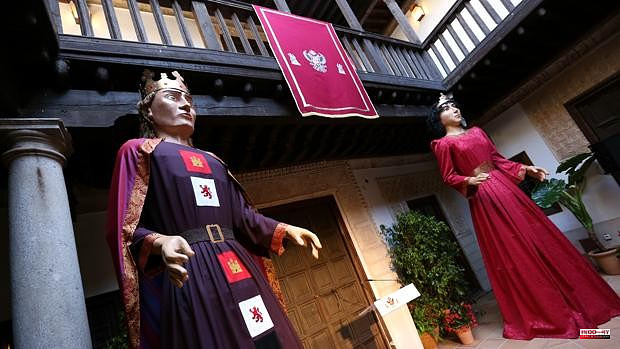 The city of Toledo will premiere this year two new giants that will join the procession announcing the Corpus that have been created on the occasion of the VIII Centenary of Alfonso X el Sabio. It is a figure of a monarch and another of his wife, Violante de Aragón, which have been made by the Toledo artists Julio Pinillos and José Vicente Sánchez, with the collaboration of the dressmaker Ana Mila Hernández.

With these, there are 12 giants that the City Council will take out through the streets of the old and monumental neighborhood, among them those that were created in 2019 with the figures of Juan de Padilla and María Pacheco, in addition to the already traditional ones that represent the Catholic kings , the Muslim kings and the mayor and mayor of the city.

La Tarasca will also participate, as always, in the announcing cavalcade on Wednesday and Thursday morning, but, in addition, it will be exhibited in the Plaza de Zocodover after the success of last year, so that Toledo and visitors can be photographed with this winged dragon and symbolic character of Corpus Christi.

Meanwhile, the old giants from the 18th century, from the time of Cardinal Lorenzana, will be exhibited, as is tradition on the balcony of the Toledo City Hall after the restoration to which they were subjected in 2008, after several decades abandoned and without going out to the street.

1 The United States will continue to persecute ETA members... 2 Perelló Tomato Fair 2022: dates, times and full program... 3 The Agriculture Casino of Valencia hosts the exhibition... 4 Vázquez is confident that the average delay for an... 5 San Martin de Valvení (Valladolid) offers canoeing... 6 Primavera Sound 2022: This is the special public transport... 7 Youth Rental Voucher in Valencia: when can it be requested... 8 Delgado once again elects the candidate who knocked... 9 Rebound in arrivals on the Canarian Route: 217 migrants... 10 The German Government calls on the population to stockpile... 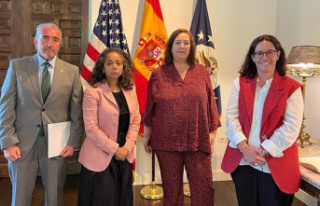 The United States will continue to persecute ETA members...