Toledo and Guadalajara will open almost a hundred pharmacies

The regional government, through a resolution of the General Directorate of Planning, Management and Sanitary Inspection of the Ministry of Health published today in the Official Gazette of Castilla-La Mancha (DOCM), will open this Friday the deadline for the award of 99 new offices of pharmacy in the Autonomous Community, which will join the 1,255 existing in the region. 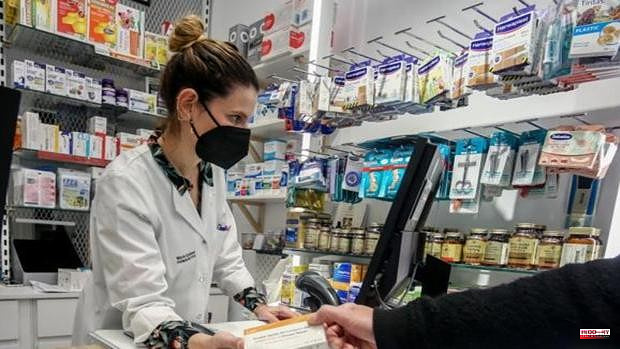 The regional government, through a resolution of the General Directorate of Planning, Management and Sanitary Inspection of the Ministry of Health published today in the Official Gazette of Castilla-La Mancha (DOCM), will open this Friday the deadline for the award of 99 new offices of pharmacy in the Autonomous Community, which will join the 1,255 existing in the region. Additionally, four pharmacy offices currently open with a regent appointed by the Administration will be put out to tender.

The last competition held in the region was in 2007, in which 152 new pharmacies were offered, as reported by the Board in a press release.

Of the 103 pharmacy offices that go out to tender, by province, there will be three in Albacete, five in Ciudad Real, three in Cuenca, 37 in Guadalajara and 55 in Toledo.

Most of the new pharmacies will be located in the areas of greatest expansion and growth in the region and also, to a lesser extent, in sparsely populated and intermediate urban and rural areas, to improve the access of citizens to this service of obvious public interest.

Of these new pharmacy offices, 17 will be located in population centers that to date did not have any, ten in the province of Guadalajara and seven in Toledo.

These new pharmacies will join those already established, which represents an increase of almost eight percent of this type of health establishments, which complete the current network of pharmaceutical assistance to citizens provided for in our Law of Organization of the Pharmaceutical Service of Castilla- La Mancha with more than 200 first-aid kits, hospital pharmacy services and Primary Care.

Its award will be granted through the public tender system, facilitating the access of pharmaceutical professionals to the new pharmacies under the principles of equality, merit and capacity and in conditions of competition and publicity.

The publication of the contest, shared with the pharmaceutical sector of the region, is carried out in accordance with the provisions of our Law, which includes the political will of the regional government to bring a service that is basic to the citizen, also considering it universal, public, close, comfortable and of quality, adapted to their interests and demands, through the active participation of the professional pharmacist and their involvement in achieving the best use of the medicine.

According to the resolution, people who have a bachelor's or bachelor's degree in Pharmacy interested in participating in this contest have one month to submit their application, counting from the day following the publication of the resolution in the DOCM.

The merits accredited in the applications will be analyzed by an evaluation commission made up of people proposed by the Ministry of Health and the Council of Official Associations of Pharmacists of Castilla-La Mancha.

Interested persons may submit their request by sending it electronically through the form included in the electronic headquarters of the Junta de Comunidades de Castilla-La Mancha, at the following address: https://www.jccm.es.

Each interested person may only submit a single application, individually or jointly. In the event that more than one pharmacy of those listed in the call is requested, the order of preference must be clearly specified.

Participation in the contest will be subject to the limitations established in the regional regulations and which are listed in the second base of the call for the contest.

All the necessary information (regulations, list and location of the new pharmacy offices, application processing, etc.) will be available on the Castilla-La Mancha website within the specific contents of the Ministry of Health.

1 They hid 215 kilos of cocaine in sacks of white sugar,... 2 pride! Barcelona returns to the streets with the intention... 3 “It is aberrant that a person with PF treats me”:... 4 Four vehicles burned in the Señoría de Illescas... 5 Iberaval returns to the path of growth despite the... 6 Santa Olalla donates to Tea Talavera the collection... 7 Joao Almeida leaves the Giro after testing positive... 8 The alert of Margarita del Val, Pedro Cavadas and... 9 The independence movement, insatiable and scathing... 10 Aishawari, the first Spanish influencer who imported... 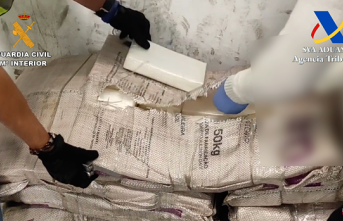 They hid 215 kilos of cocaine in sacks of white sugar,...