The city of Toledo has once again won the Platinum Broom, an award that recognizes the cleanest cities in Spain and is committed to technological advances, awareness and sustainability, which is granted by the Technical Association for Waste Management, Urban Cleaning and Environment Environment (Artegus). 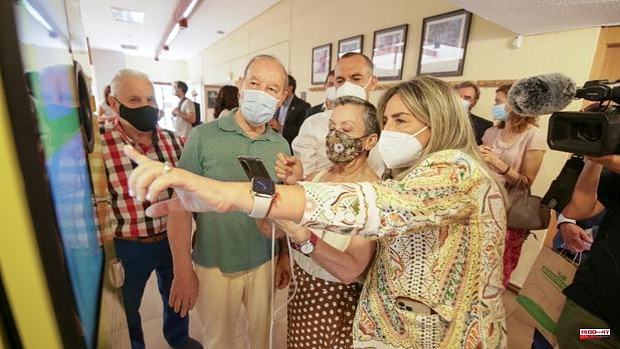 The city of Toledo has once again won the Platinum Broom, an award that recognizes the cleanest cities in Spain and is committed to technological advances, awareness and sustainability, which is granted by the Technical Association for Waste Management, Urban Cleaning and Environment Environment (Artegus).

This has been advanced by the mayor of Toledo, Milagros Tolón, specifying that the award ceremony will be held next Wednesday, June 15 in Madrid, which she will not be able to attend due to the celebration of Corpus Christi. Instead, the councilor of the area will predictably collect the recognition. Speaking to the media at an event at the Polígono senior center, Toulon stressed that cleaning, waste collection and awareness in a Heritage City "is essential."

Among the reasons for which this recognition is given, Toledo stands out for "the optimization and continuous improvement of cleaning and waste collection services, equipping them with the best available techniques and technologies." "These innovations, carried out together with citizen support campaigns, have achieved a global improvement of services, obtaining the best quality controls carried out by the City Council," they have argued from the association.

This Wednesday, the Toledo councilor inaugurated the first recycling and reward machine in the city through the 'Reciclos' system, in the municipal center for the elderly in the Santa María de Benquerencia neighborhood.

Accompanied by the manager of Ecoembes in Castilla-La Mancha, Antonio López, and the manager of Recycling and Collections Outside the Home of Ecoembes, Alberto Caldeiro, she has valued the recycling process from the smallest to the oldest, to raise awareness and teach them , precisely with this system that requires an app on the mobile phone.

A year ago, Toledo became the first municipality in Castilla-La Mancha to implement this system that rewards users for recycling in the yellow containers -those corresponding to plastic containers and cans-, since they can justify the containers they recycle with the app and thus be able to make donations to social or environmental causes or receive sustainable rewards.

Since it came into operation a year ago, 2,000 users have registered in this app and Ecoembes plans to install more machines of this type in the Luz del Tajo and Abadía shopping centres, in the city's University Hospital or in the Infantry Academy.

On the other hand, and asked about the OCU's request to end the purse-searching in the Historic District, she has recognized delays in the new contract, which are justified by the request of the technicians to continue analyzing it so that it is "clean and transparent". ».

"There are six heads of area evaluating all the proposals for waste collection," remarked Tolón, who pointed out that the elimination of bagging in the Casco does not depend on politicians but on technicians, also admitting that recycling is important in this area of ​​the city and its neighbors must be able to do so, without moving to other areas.

On the other hand, she has defended herself against the criticism of the PP for her trip to Rocío, insisting that she was invited by the brotherhood of Toledo and by the Huelva City Council, and disgracing the Popular Municipal Group for its "lack of respect" to the 800 people from Toledo who make up this brotherhood, which has been inviting her for "six years". Finally, she has indicated that if there are more brotherhoods in Toledo who want to invite her to "some special day", she will respond to this invitation with her presence.

1 The Camino points to the record: more than 100,000... 2 The 'escape room' Treasure of Don Quixote... 3 The PP blames Sánchez for Algeria's decision:... 4 The Zamora Provincial Council participates in 'Honeymoon',... 5 The Pontevedra PP will elect a new provincial leader... 6 Confirmed cases of monkeypox in the Canary Islands... 7 Sentenced to compensate 272,000 euros to a neighbor... 8 Antxón Sarasqueta and Diego Closet, candidates of... 9 2022 work calendar in Alicante: what days are holidays... 10 Electricity rates will drop from the 15th when the... 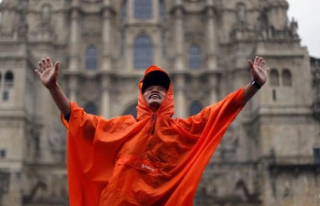