JAKARTA (Indonesia) -- Australian Prime Minister Anthony Albanese visited an area in eastern Indonesia that has close ties with Indigenous Australians on Tuesday as part of a trip to improve economic ties between his country and its nearest major neighbor. 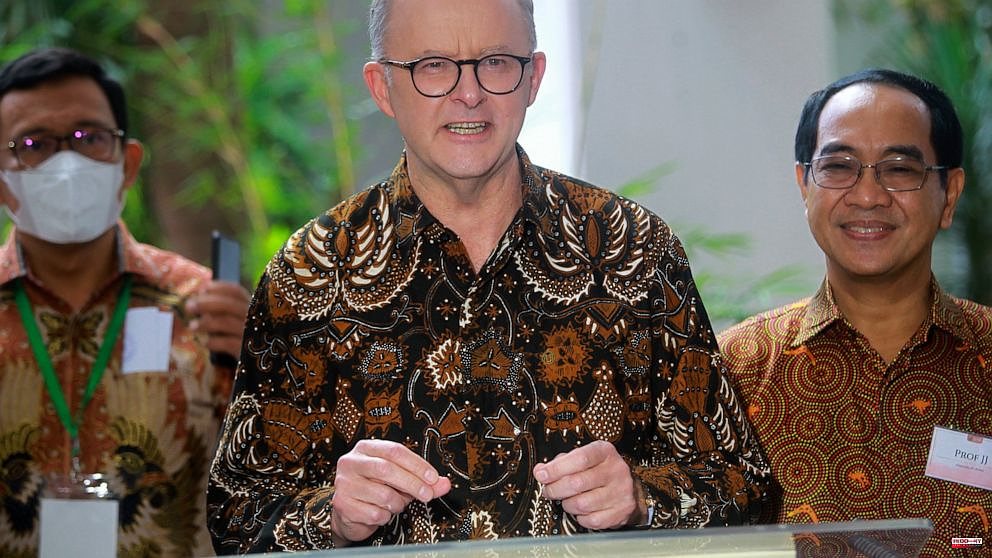 JAKARTA (Indonesia) -- Australian Prime Minister Anthony Albanese visited an area in eastern Indonesia that has close ties with Indigenous Australians on Tuesday as part of a trip to improve economic ties between his country and its nearest major neighbor.

Albanese stated that visiting Makassar in South Sulawesi was an important symbol for Australia, which recognized the need to reach out to Indonesia, a vast archipelago with 270 million people and rich cultural, ethnic, and religious diversity.

He claimed he was Australia’s first prime minister who visited Makassar. It is located 1,390 km (860 miles) northeast Jakarta, and the largest city of eastern Indonesia with longstanding connections to Indigenous Australians.

Albanese stated that there are many opportunities for Australian investment and business in Indonesia. "Makassar's future is bright as it will be a part of Indonesian growth. It will grow to one the top five economies worldwide in the coming years."

He will meet with the South Sulawesi Governor. Andi Sudirman Sultan, who wants to increase foreign investment in his province, especially in infrastructure.

He also visited Hasanuddin University in the city, which he spoke at public lectures. Albanese pledged to support Indonesia's education system, including offering more scholarships.

Albanese will also visit one of the largest flour mills in the world before leaving Tuesday afternoon. This mills Australian wheat and then exports its products back to Australia.

Albanese was elected and sworn in to office. He made his first overseas visit last month for a four way summit in Japan. He made his first bilateral trip overseas to Indonesia, the largest economy in Southeast Asia and a traditional first stop of new Australian premiers for decades.

Widodo hosted him at an official ceremony in Bogor on Monday. Widodo gifted Albanese a bicycle, and they took off their jackets and donned helmets to ride around the huge garden of the palace.

Albanese stated in a joint news conference that the bilateral trade and investment relationship was a priority, highlighting their desire to make the most of the Indonesia-Australia Comprehensive Economic Partnership Agreement. They also discussed Australia’s proposed climate- and infrastructure fund with Indonesia.

Through development assistance programs, additional funds will be distributed to the Association of Southeast Asian Nations' 10 members.

Albanese stated that deepening engagement with Southeast Asia was a priority for his government. "ASEAN and ASEAN-led institutions remain at the center of our vision for Indo-Pacific."

He stated that Canberra would appoint an ASEAN high-ranking envoy and create a Southeast Asia office within the department of foreign relations and trade. His government will also prepare an ASEAN strategy for export and investment opportunities in the region.

1 Justice keeps the rapist of Igualada in provisional... 2 Dismantled a sexual exploitation organization after... 3 Massive collapse of part of the viaduct linking Lugo... 4 The Council of Guarantees rules that the Catalan language... 5 Madrid will have 2,000 new affordable rental homes... 6 The PPdeG urges the opposition to overreact to devalue... 7 The Oceanogràfic de Valencia, among the five favorite... 8 The Watchtower of Ciudad Real will be the scene of... 9 Los 40 dance, 'Funambulista' and Dani Fernández,... 10 Special services of the Valencia Metro tram from Wednesday... 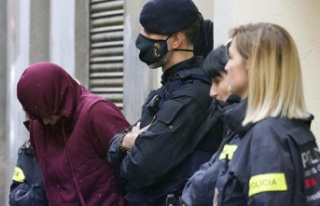 Justice keeps the rapist of Igualada in provisional...